This chapter is a complete guide for Collateral errand. Here you can find tips that will help you to finish this quest in the most beneficial way.

This quest is received from Olin during The City of The Sun main quest. The man asks you to free his family which was kidnapped to blackmail him.

Depending on your choice during The City of The Sun quest (kill or spare Olin), there will be two possible scenarios. You can meet him near the destination point of the quest in order to attack the camp or go there alone.

If you decided to speak with Olin then, before the attack on the camp, you can decide to go alone. Your choice should be based on Aloy's level. If you think that you won't have a chance, you should use Olin's help. 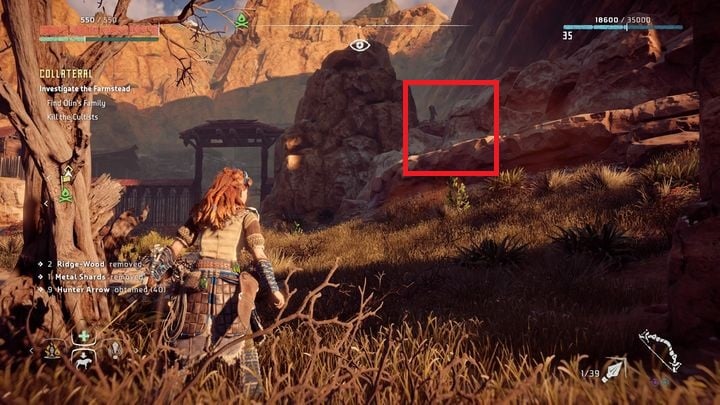 You should use the stone ledge that can be found on the right of the camp's main entrance. There, you have to eliminate one cultists and sneak into the bushes. From them you can shoot other enemies. Watch out for the leader that can be found in the right part of the camp. If you can eliminate him while being undetected, you can use the machine gun which makes the fight with the rest of the bandits much easier.

Free the hostages and finish the quest 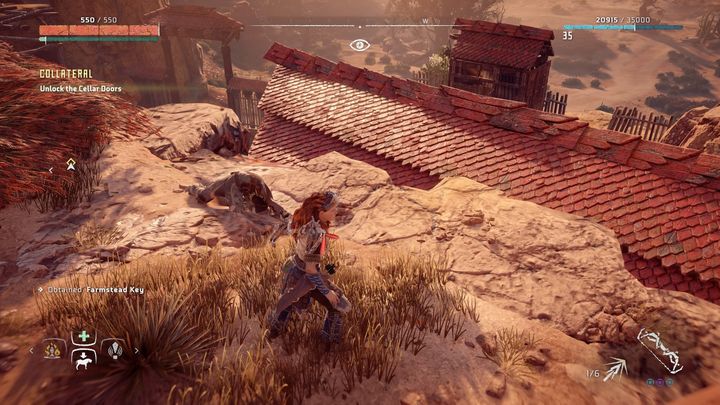 After that go to one of the cultist bodies (it wasn't the leader) and take the prison cell key that he had with him. Next, open the big door near the place where the cultist leader stood. Speak with Olin's wife and tell her that she can now safely leave the prison.

Find Olin. After the conversation the quest is finished.