The following chapter provides a detailed description of the gameplay during Sun and Shadow. You will find tips that can help you complete the quest in the most effective way possible.

The quest will appear in the diary after the conversation with Lahavis. You will find him on one of the bridges in Brightmarket. The man will ask you to establish the location of his daughter. Furthermore, he believes that she may have committed suicide. 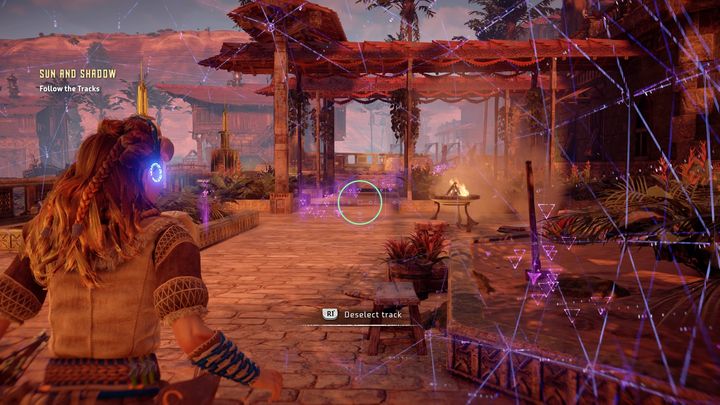 First go to the garden, in which Lahavis's daughter was spotted for the last time. Use Focus and you will find a couple of items that you will have to investigate. The most important is the shovel which is essential for the rest of the quest. In the end, Aloy will find the track, which will lead you to the outskirts of the village. 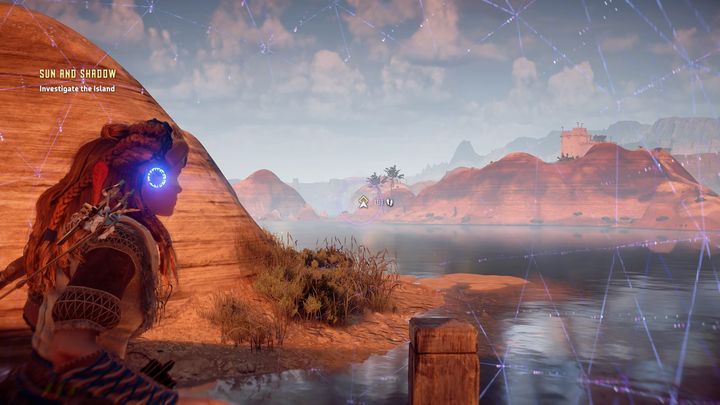 Follow it till you reach the nearby port. Investigate the rope and Aloy will find out that there was a boat attacked to it just recently. The fact that it is missing may mean that the girl is still alive. As you progress with the quest, you will have to make your way to the island presented in the screenshot. 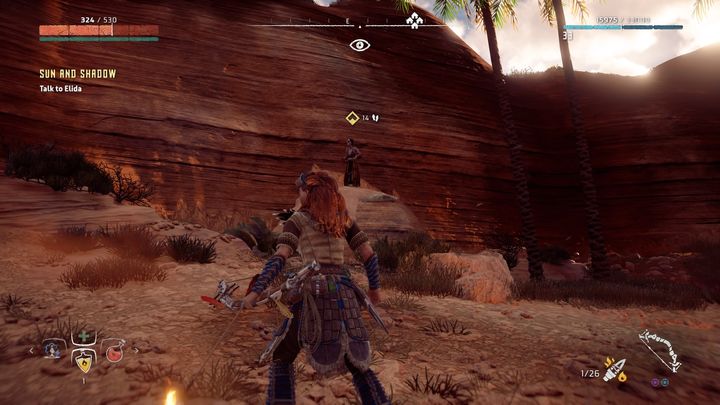 Defeat the nearby Snapmaw. Once the fight is over, go deeper into the island and you will find Elida. Talk to her. During the conversation she will inform you that she wants to prepare a surprise for her friends. She doesn't want to go back to the village with Aloy.

Aloy will decide to look around. Head for the nearby tent. Investigate the overlay, and you will find out that Elida prepared a place for one more person. Talk to her to find out more about it. 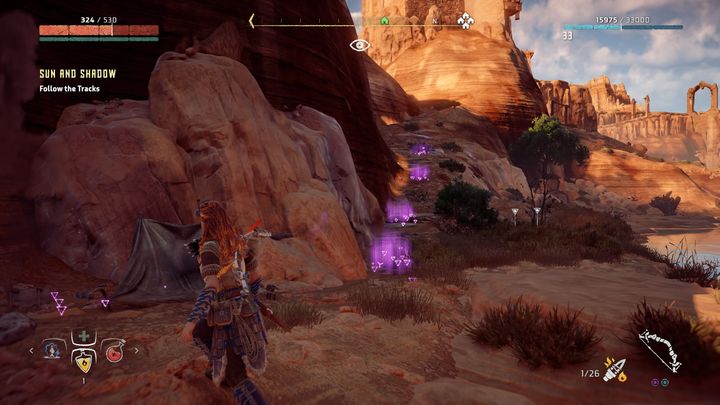 Turns out that Elida was supposed to meet with her friend on the island. However, he didn't come even though he gave her the signal. The girl will ask Aloy to find out what happened to him. First, swim towards the bonfire that Atral used as a signal. Once you get there, you will realize that whoever lit the fire, left a trace. Follow it to proceed with the quest. 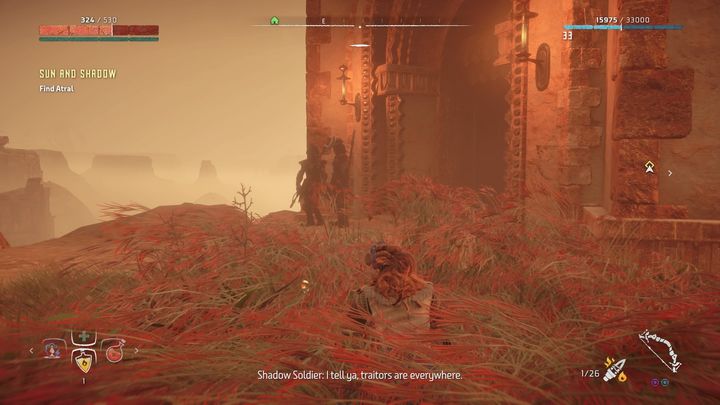 The way will lead to a post occupied by Carja soldiers. It seems that Atral was caught and considered a traitor. You will have to eliminate all the warriors inside the fort to help Atral. The task won't be easy, especially when you walk into the camp. There is a dozen warriors, so you should try to lure out and kill silently as many as you can. Deal with the rest of them by force. 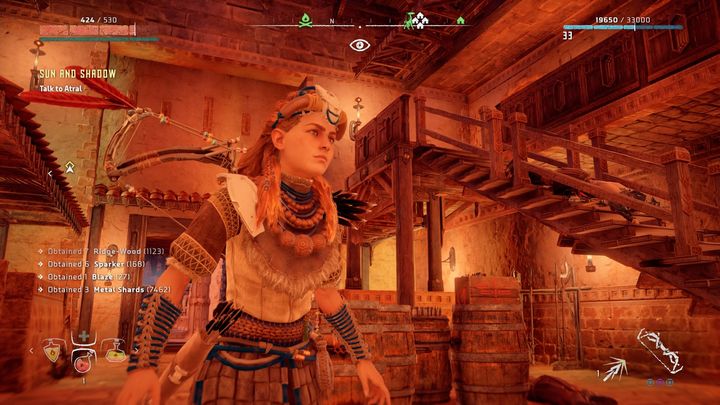 Talk to Atral. He will die after the cut scene and you won't have a choice but to inform Elida about this.

Get back to Brightmarket and find the girl. After a longer conversation, speak to Lahavis. Inform him that his daughter is well. Once the dialogue is over, the quest will be completed and you will receive your reward.