This chapter is a complete guide for Cause for Concern - Farewell side quest. Here you can find tips that will help you to finish this quest in the most beneficial way.

This quest is added to your journal after you clear the last of the six bandits camps that are scattered around the whole map. To start this quest you must speak with Nil, you met him during the fights for the settlements controlled by the bandits. 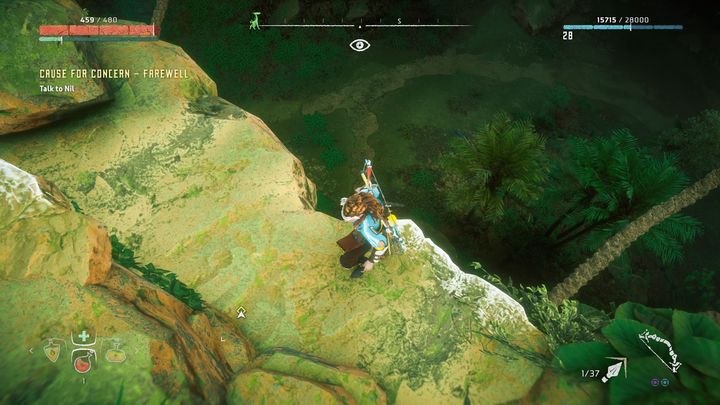 You can find Nil in the place pointed by the quest marker. Speak with him. After a short dialog he asks you to meet him in the hideout south from Meridian. Go there to continue the quest. The easiest way to get to that place is to climb the wall. The handles can be found on the south-west part of the mountain. 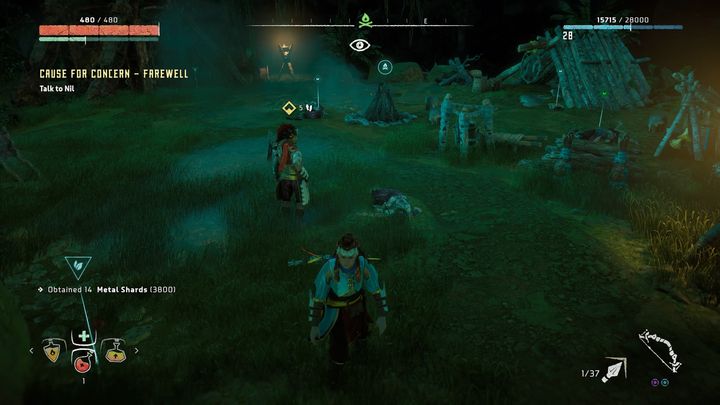 When you are there, speak with Nil. It turns out that the soldier brought you to this secluded place because he wants you to fight with him. You can accept his request or refuse, it is your decision.

If you don't want to fight, Nil is disappointed but he respects your decision. The quest is finished and the man leaves the area after saving the game.

You can accept his request. You must fight with the soldier. Try to avoid getting close to him because Nil deals a lot of damage with his sword. A skill where you can use few arrows at the same time is a very useful during this fight. Depending on your equipment, 2-3 series aimed at his head should eliminate him.

After that, speak with Nil. The soldier dies during the dialog. This completes the quest.