In the chapter below you can find many useful information that makes a confrontation with bandits easier and allows you to free all camps that are taken by them.

Each camp is described in its own section. 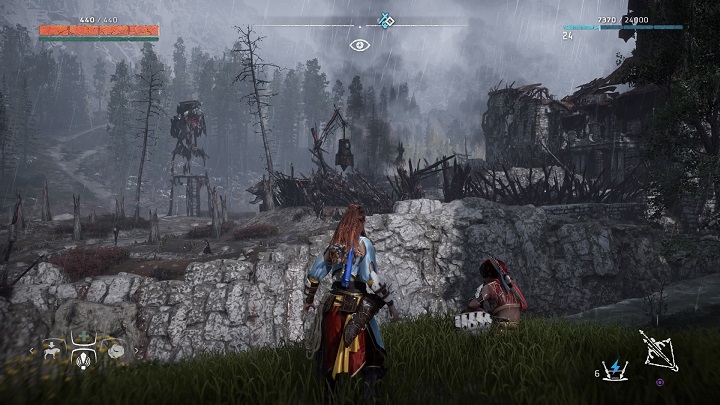 A note on camps appears after you leave Embrace. A green exclamation mark will appear on the map. After speaking with Nil, a new note in a separate category is added to your journal. The man asks you for your help in eliminating bandits. Join him in the appointed place to continue the quest.

During the conversation you can decide whether you want to kill them with his help or face the bandits alone. Here, everything depends on Aloy's level that she has during this quest. Nil takes a few experience points from you by killing some enemies but he is an actual support during this quest.

During this mission the biggest threat are bandits with clubs. They deal a lot of damage so equip yourself with an outfit that grants you a bit of physical defense. Also, remember that being discovered raises the alarm. Look behind you because this is where additional groups of bandits will appear.

With the death of the last bandit the quest is updated Speak with Nil to finish the quest.

The mission to free the camp appears in your journal when you get closer to it. The goal is the same as before - eliminate all bandits in the camp. If you manage to do it and you are not discovered then the quest should go smoothly.

However, getting to the camp unnoticed is rather difficult because there are not many bushes in which you can hide. It should be noted that one of the bandits uses heavy rocket launcher and can be a real threat. 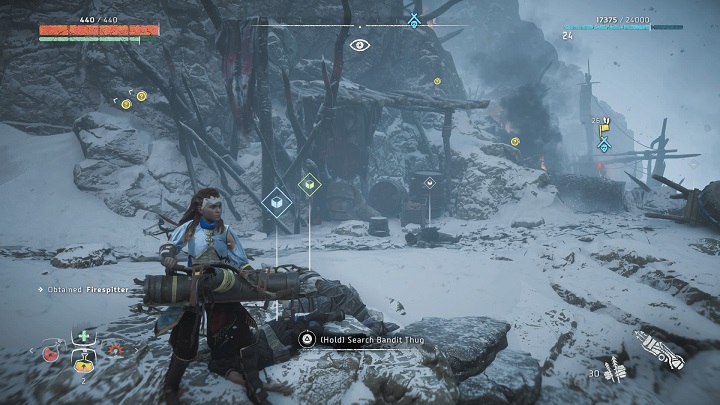 Don't stop, even for a moment, and focus your fire on the strongest enemy. When he is dead, no one will pick up the heavy weapon. This makes the task easier. With the death of the last bandit the quest is finished. 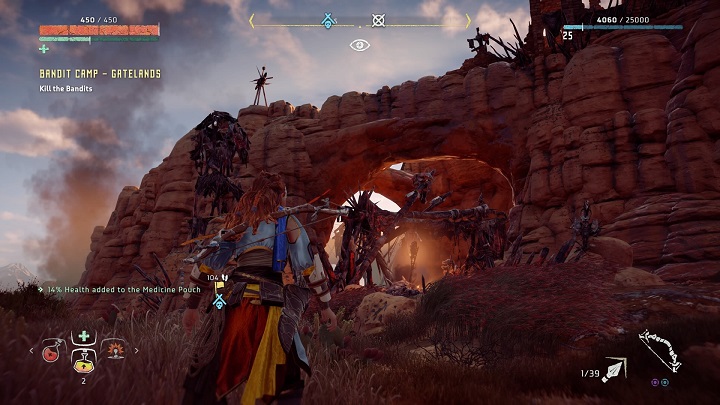 In this case, the camp is rather large but thanks to that you shouldn't have any problems with finding bushes. One of the enemies carries a rocket launcher. Try to eliminate him fast and then take care of others.

Restrain yourself from open conflicts because in this camp there are numerous bandits which makes this whole task more difficult. With the death of the last bandit the quest is finished and the rightful owners of camp are back. 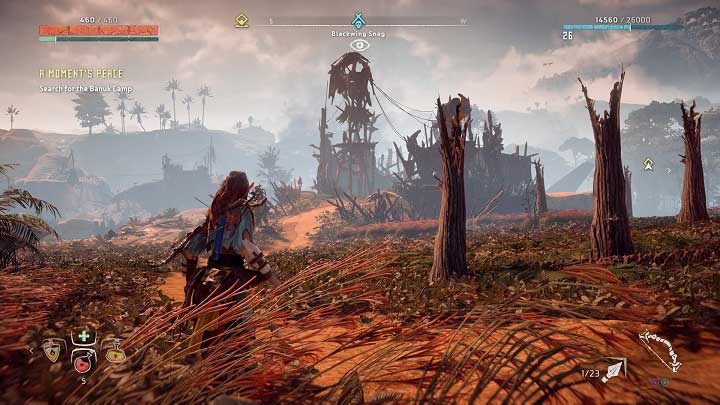 Here, the camp's entrance is not very well guarded and if you approach from Meridian's side then you can easily take over the bridge connecting two parts of the camp. The bandits don't have heavy armors and weapons. Make sure that enemies won't raise the alarm which makes the battle much easier.

When you get closer to the camp you notice an exclamation mark that will appear on the map. Speak with Nil, he can be found near the mark. Just like in the last mission with Nil, he will offer his help.

Taking the camp with him should not be very difficult. The big hindrance is that near the camp's entrance you can find heavy armored bandits. If you haven't unlock a particular ability then simply luring them into bushes won't be enough. When the alarm is raised, keep an eye on the main gate because a group of heavy armored bandits can come from that direction. Remember that the best solution against them is to use shock bombs. Look out for the bandit with a rocket launcher.

After taking the camp, speak with Nil. You can find him in the same spot as when you started the quest. 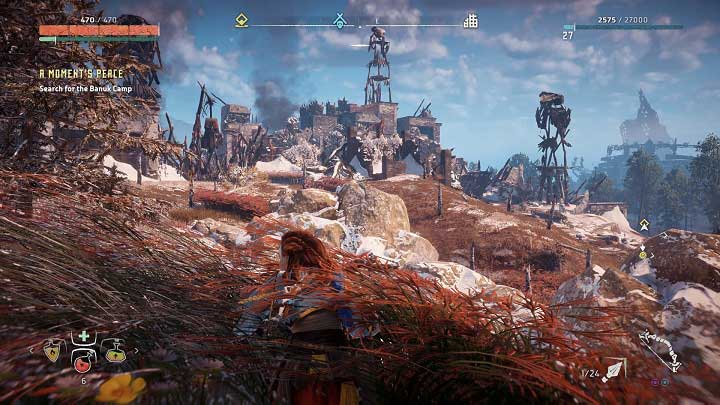 Without a doubt, this is the hardest camp to take. A good solution is to sneak into it from the left side. When you do that you can, after jumping over the fence, quickly destroy the alarm.

In this camp there are many enemies that will simply charge at you. You can set traps in passages and shoot shock bombs from your slingshot. Approach this camp with a stock of potions and herbs.

When the last camp is liberated, a new side quest connected with Nil will appear in your journal (you have already met him during two battles for the camps). The walkthrough for Cause for Concern - Farewell quest can be found in the dedicated chapter.