In the chapter below you can find many useful information about Tallnecks. Here you can learn what rewards await you after overriding each of the Tallnecks and what threats can make this task more difficult. On the map above you can see the locations of each machine.

For each overridden Tallneck you receive 1 skill point, 7,500 experience points and discover one of the five regions clouded by fog. 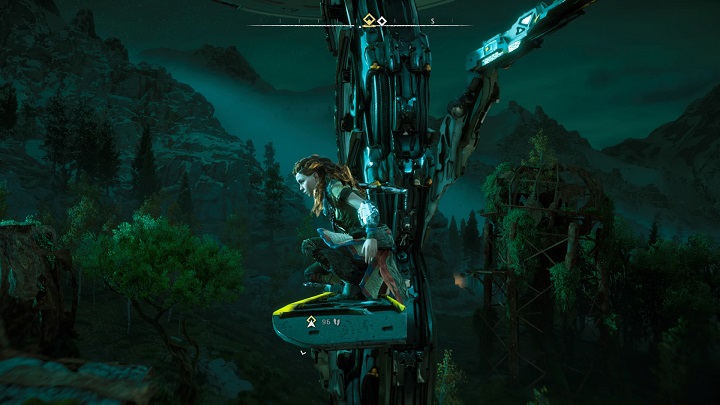 The first Tallneck can be encountered near the ruins in Devil's Thirst. To climb it you must use the ruined buildings that are inside of the Ring on which the machine walks. If you find the right place, Aloy informs you that she can make a jump from this place.

There are a few Watchers in the ruins. Sneak to one of the buildings, scan it by using Focus and eliminate stealthy all Watchers in the area. After that you can freely wait for the Tallneck to get closer. 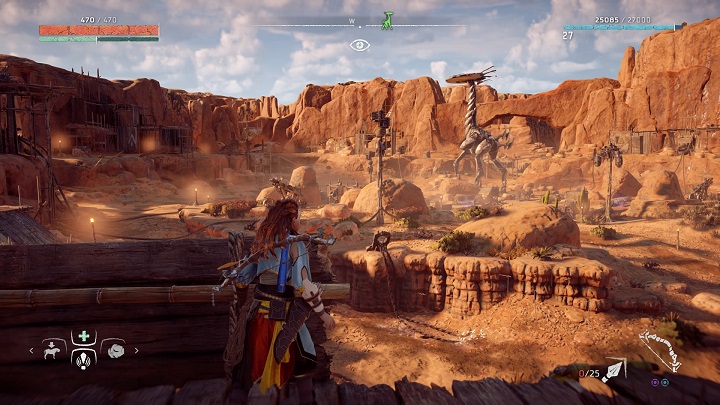 The Tallneck in this region walks inside the bandits camp. You don't have to worry about them if you get inside the camp quietly. You only have to eliminate a few nearby enemies and wait somewhere high. There, wait for the Tallneck, scale it and override.

After that, use the rope on its head and use fast travel option or simply get away from the camp. 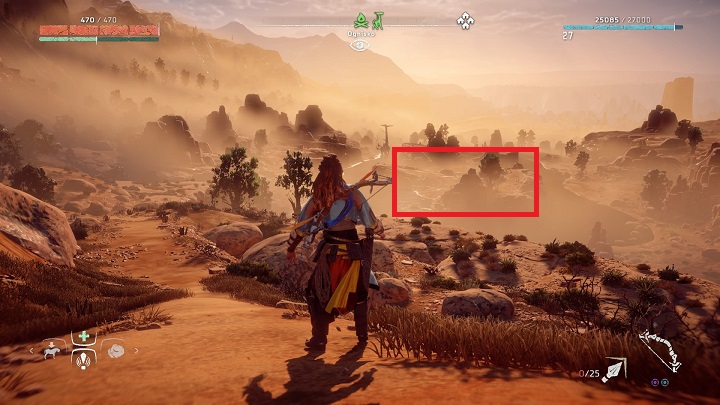 If you fail to avoid the danger then use fire arrows. When the set on fire bar fills up then two explosions, one after another, will occur. Those explosions takes most of the machine's health points. 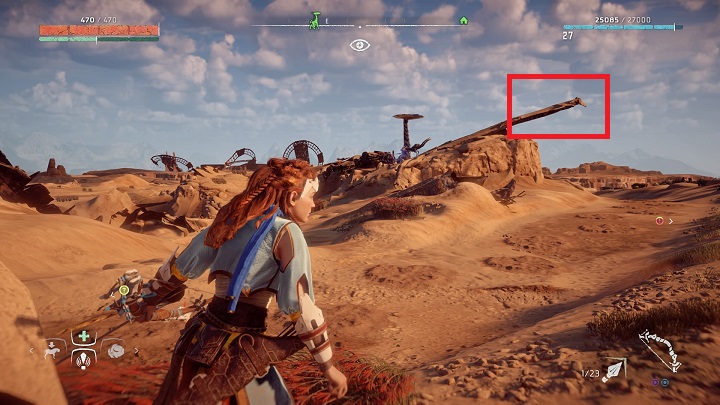 Jumping on the Tallneck is possible from the derelict presented on the picture. Around it there are a lot of machines and it is almost impossible to sneak around them. The best solution is to lure the smaller machines and eliminate them.

Even though machines are alarmed, most of them won't even search for you. What is more, besides Redeye Watchers, most of the machines can't even jump on the said derelict. If you are discovered then get on the derelict as fast as you can. You can also do it so that you can jump on the Tallneck right after you leave your hiding place.

The Tallneck has the longest climbing way required to get on its head. Note, that one of the ledges goes around its entire head. 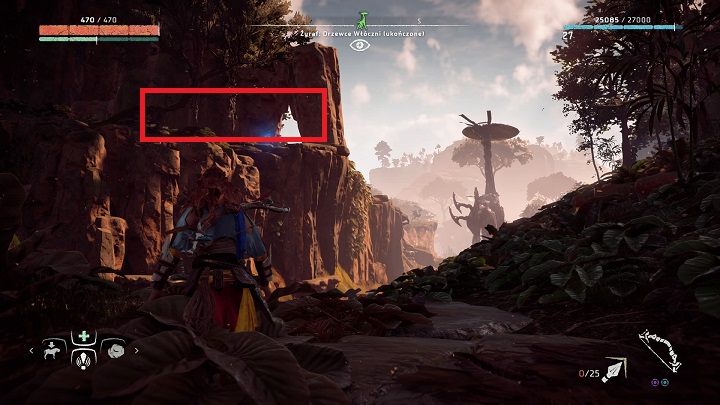 Here, the task is rather easy. You must jump from the cliff, presented on the picture, in order to get on the Tallneck. On the cliff, there are a few Longlegs that must be eliminated before finishing the task. Lure them on the cliff's edge and shoot at them with regular arrows. You can also climb on a ledge near them and throw shock bombs.

When you eliminate the machines then getting on the Tallneck's head is only a mere formality.