This chapter is a complete guide for Honor the Fallen quest. Here you can find tips that will help you to finish this quest in the most beneficial way.

The quest is added to the journal after the conversation with a priest near the Red Temple in Meridian. Namman asks you to help three pilgrims that have problems with accessing the places of cult. In this mission you must get to each of the three marked locations and make so that pilgrims can safely get to shrines.

Each step is described in separate sections. 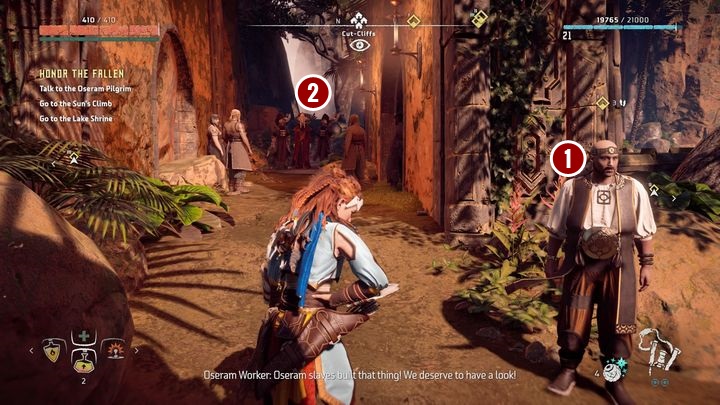 When you get there, first, speak with Brageld [1] - you can meet him in front of the shrines' entrance. When you speak with him, next you must talk to the priest [2] that blocked the access to the shrine.

It doesn't matter which dialog options you choose. In the end, the priest stops blocking the access to the shrine and pilgrims can now go there. After that, speak with Brangeld to end this stage of the quest.

The first goal of this quest is to get to the top of the mountain where the shrine is. It is easier to climb it from the north so there is no need to tire yourself and try to get on the mountain by jumping over a flat wall.

When you are on the top you must defeat three Glinthawks. The machines are very vulnerable to fire so you need only two shots to eliminate them from the fight for a few seconds, taking more than half of their health. Repeat the sequence and dodge waves of frost that are used by the machines. Try to get to the top of the mountain as fast as you can because there you have more space to make dodges and to fight with the machines. 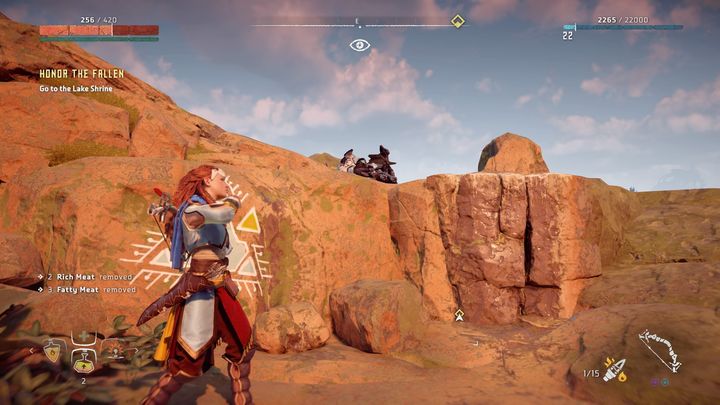 When the machines are eliminated, you can speak with a pilgrim that can be met there. By doing this you finish the next stage of this quest. 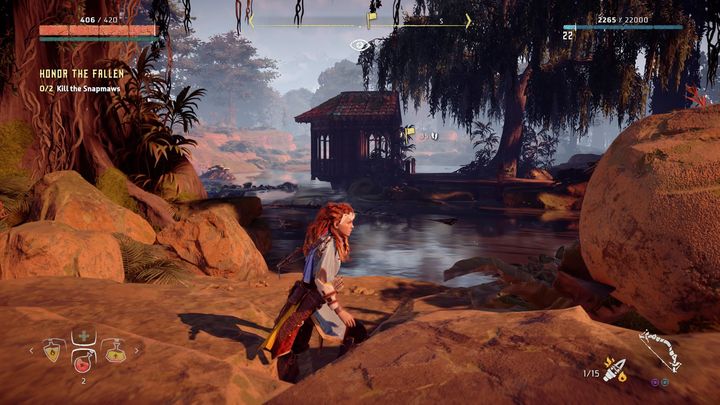 Here, you must defeat two Snapmaws that can be found near the shrine. The easiest way to defeat them is to set them on fire. After that, the machines explode and catch fire. Dodge their range attack but keep a medium distance because their close range attacks deal a lot of damage.

After that, speak with Rea that can be met on the shrine's deck. This ends this stage of the quest.

After finishing all goals, return to the priest. Inform him about your progress to complete the quest.