This chapter is a complete walkthrough for The Face of Extinction quest. Here you can find tips that will help you to finish this quest in the most beneficial way.

This quest is added to your journal after completing another main mission - The Looming Shadow. The mission starts with a long cut-scene. After that, you can start playing. 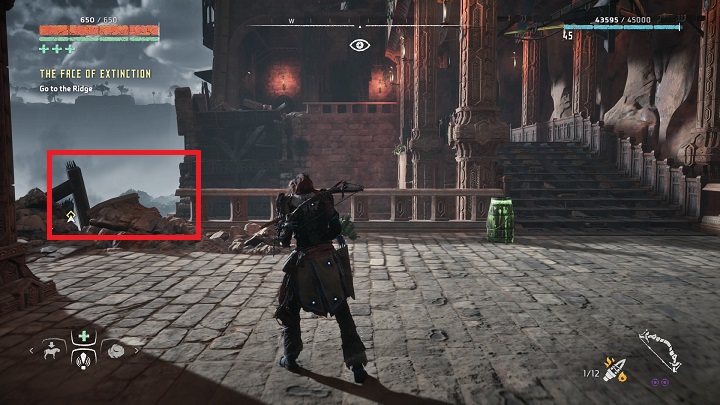 After the cut-scene you must face Helis and a few cultists. Ignore the most important enemy and try to reduce their numerical superiority by using fire arrows. Use explosive barrels to get rid of the enemies. Next, get the rifle and use it to reduce Helis' heath points. He is slow and your only concern are slingshot projectiles. Try to stay away from the explosive barrels. Also, try to stay close to the walls because, as you can see in the picture above, some parts of the arena may be destroyed during the fight. 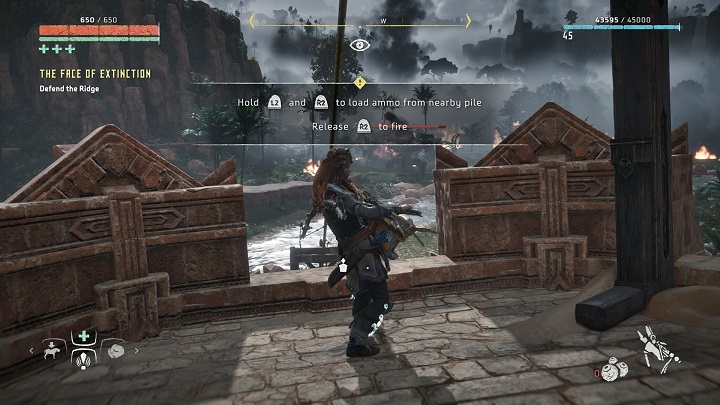 In the later part of the mission you must go to the Ridge's gate and help in defending the Meridian. There are a few special weapons and bots at your disposal. But don't expect this stage to be a formality because Deathbringers' heavy fire can easily deplete your health bar. 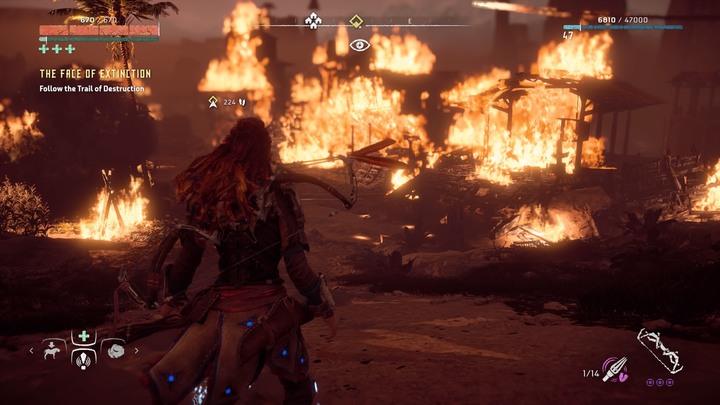 Defend yourself until the mission is updated. After that a new cut-scene will play. Aloy is behind the gate with almost no health. Your task is to get to the Spire as fast as you can. When you get near it you must watch another cut-scene. 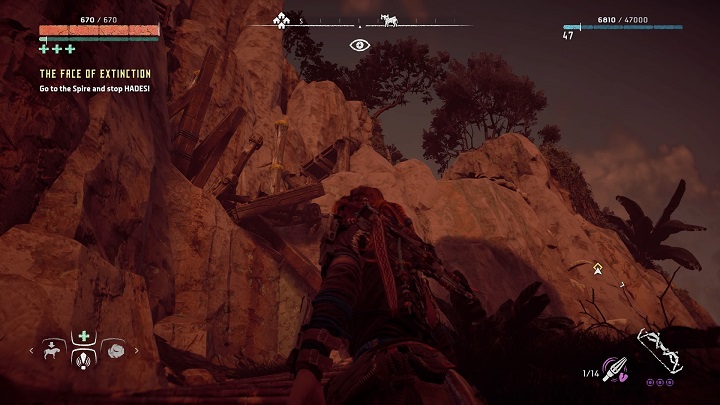 After the cut-scene you must keep going up until you meet your allies. Speak with them. They will help you to fight against the Deathbringer that must be defeated on the highest level. Try to dodge a lot and use covers. Your goal is to set the machine on fire. Thanks to that it will start to cool itself revealing the core. When this happens shoot the weak point to deal a lot of damage and then set it on fire again.

Your allies are not very useful in this fight but they are a good distraction for the machines sent by Hades. When the battle is over you can approach Hades and use the interaction button to continue the quest.

Now, you must watch a long cut-scene after which the quest and the main storyline are both finished. The game now reverts to the time before The Looming Shadow quest. However, all your progress in abilities and equipment are kept.