This chapter is a complete guide for Maker's End quest. Here you can find tips that will help you to finish this quest in the most beneficial way.

This quest is added to your journal after you complete The City of The Sun quest. Your mission is to go to a place far in north-west called Maker's End. 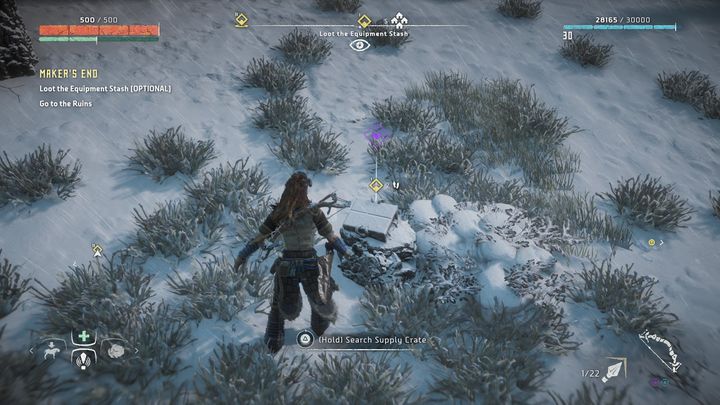 When you get closer to the mission area, the mysterious voice will speak to Aloy again. According to the voice you can find supply chest near the ruins that was left there by him for you. Take items from the chest.

Next, follow the marker and go farther into the ruins. You may encounter a few machines on your way. They are corrupted, use fire arrows against them. The same goes for human enemies because most of them carries a flammable material that explodes when in contact with fire. If you want to cause an explosion you should aim at that material, shooting the body won't do that. 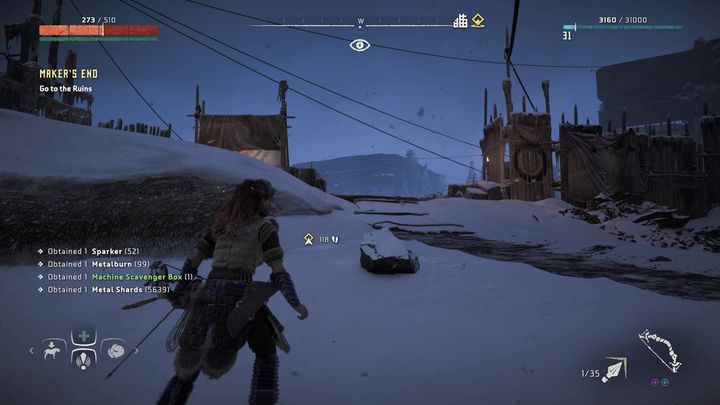 When you deal with the first set of enemies, go through the gate presented on the picture. Here, you must face another cultists. They are accompanied by Watchers and one Corruptor. Defeat the machines and go farther into the ruins.

On your way to the marker don't forget to search every chest that you come across. In most cases you can find regular components but some of them can be useful. Suddenly, you will hear a series of explosions. Your goal is to find its source. 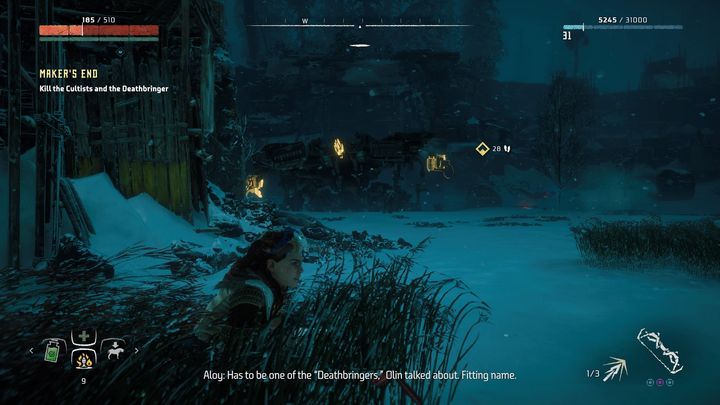 It turns out that in the farther part of the ruins you must face another group of cultists and a Deathbringer. You can lure the cultists and corrupted Watchers into the bushes and kill them stealthily. You can also simply set them on fire but by doing that you can be detected by the giant machine. It has a lot of firepower but when it is in its battle stance, all of its weak points glow red and are revealed at the same time making aiming at them much easier. To deal the biggest amount of damage aim for the cannon in the center of the machine. This should reduce the machine's health points to at least half. Try to find a cover so you won't be a sitting duck.

After eliminating all enemies you must find the commander's body and investigate it by using Focus. After a short cut-scene go further into the ruins. If you want to get there, you must go through the crack in the rock. Next, you must see another cut-scene and after that enter the bunker. 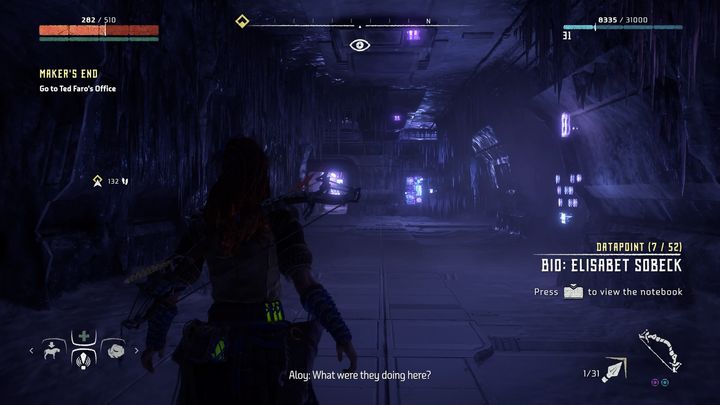 Keep following the marker. You can enter other chambers but the only things that you will find in there are a few supplies and audio records. You won't get lost or take a wrong path. Even if you come across a fork road, the paths still lead to the same place. By using the longer paths you can only find a few more supply chests or audio recordings. 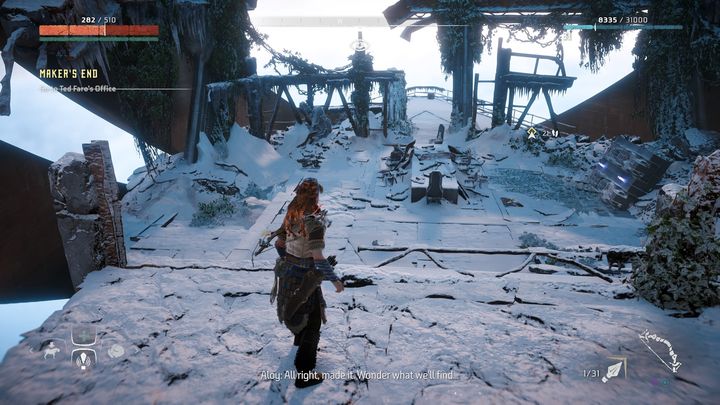 You arrive at 11th floor. There, you can continue the quest. 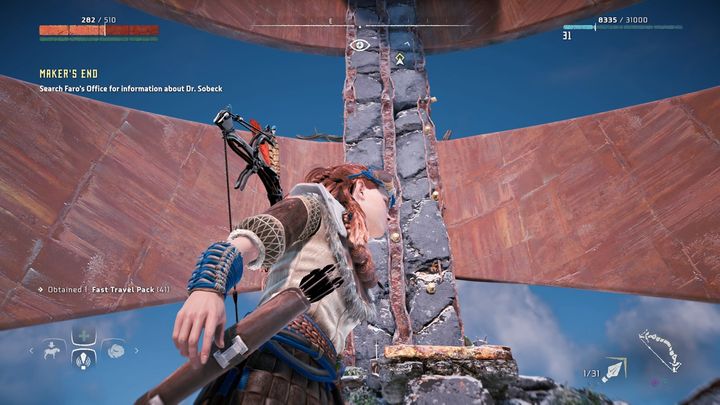 But you can also climb even higher. On the top you can find the power source connected with Ancient Armory quest. More information about that quest can be found in the dedicated chapter. 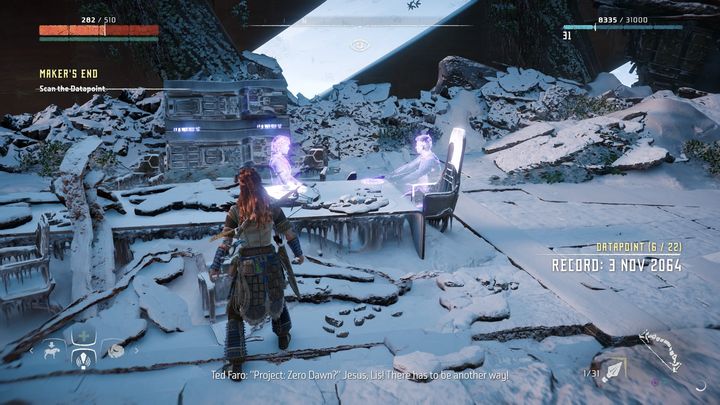 In this mission you must get closer to the corporation's data base. Interact with the machine. In the next part you must watch three holograms that explain a little bit about the cause of the apocalypse. Watching all three scenes unlocks the elevator doors in the room. Get closer to them and you can see the person that contacted Aloy by using Focus.

After a long conversation the quest is completed and a new one appears in your journal. The quest is called The Grave-Hoard. Use the fast travel option to get out of the ruins and follow the main storyline.