This chapter is a complete guide for Into the Borderlands quest. Here you can find tips that will help you to finish this quest in the most beneficial way. 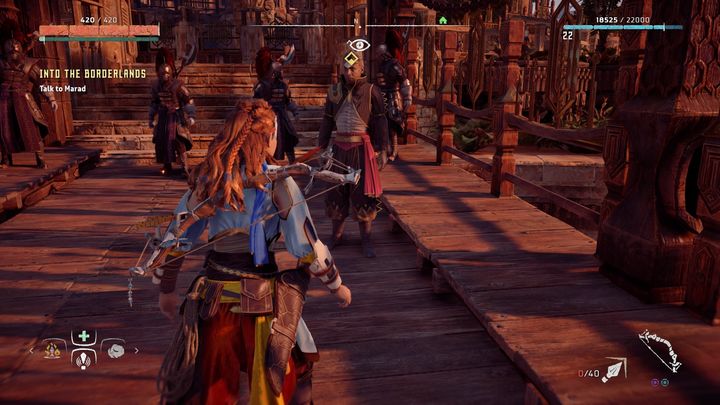 This quest is added to your journal after finishing another main quest - The Field of the Fallen. To start this quest, go to the palace in Meridian. Erend awaits you there. A courtier, which stands in front of the palace guards, will lead you in to the building. Follow him. 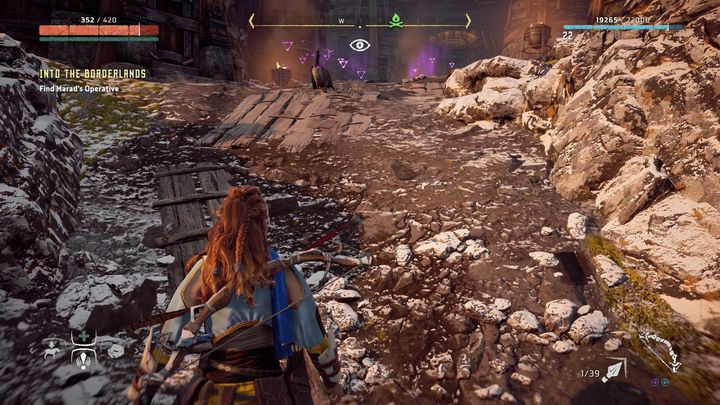 After the cut-scene and the dialogue you have no other choice but to go north to Oseram clans' headquarters - Pitchcliff. There, you will find an agent that gathers information for Marad. When you get closer to the area pointed by the marker, a short cut-scene will play. It turns out that the agent didn't come to the meeting. Erend proposes that you should look for him. Activate Focus and go uphill in the village where the tracks are leading.

The agent was murdered but he was able to draw a map that leads to his assassins' hideout. Its location is pointed by the quest marker. Go north to the pointed location. There, you have to watch another cut-scene. When the cut-scene finishes you have no other choice but to kill all enemies in the region. 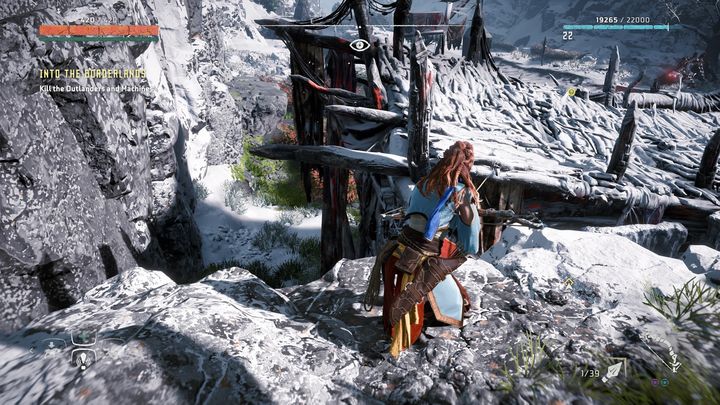 The most important fact is that the machines can detect you but they won't attack you until they are free. Your task is to keep the bandits away from the machines so they can't be freed. If you do that, you won't have any problems with eliminating the bandits. You can try to sneak through the string of bushes that are in front of the camp's entrance. By doing this, you get the access to the central part of the complex and you can lure and kill a few enemies from the bushes. When you are detected, your allies will start to storm the gate. Erend is immortal during this quest so he is perfect for getting enemies' attention while you are shooting them from hiding. 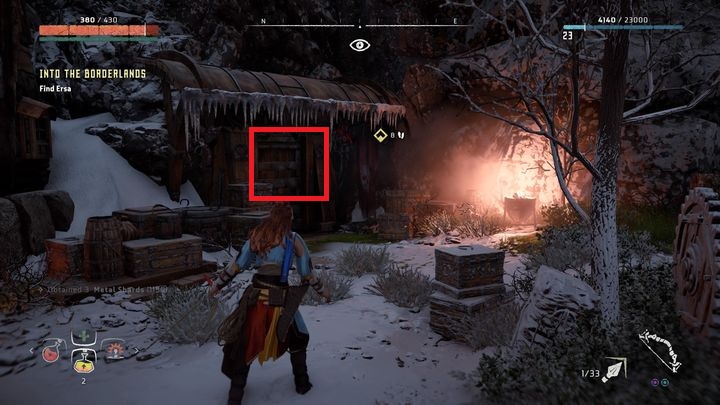 Finally, you must get to the door presented on the picture above. But before you do that, eliminate all machines that are nearby because their presence can be a hindrance during the later part of this mission. Approach the door and a stronger bandit will appear. He is armed with a rocket launcher, you can't allow to be hit by all of the missiles.

Erend is helpful during this fight but it is your duty to shoot the enemy from the distance. Throughout the entire time the bandit searches for you, ignoring your ally. Finish him and search his body to continue this quest. 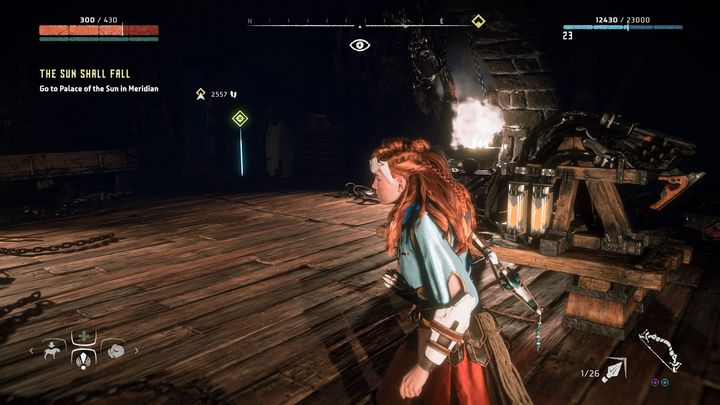 Aloy equipped herself with earmuffs that allows her to get to the device near the basement's entrance and turn it off. After the next cut-scene look around the workshop to search for Dervahl's tracks. Use Focus to find elements connected with the quest.

When you examine them, speak with Erend and the quest will be completed. A new mission appears in the journal - The Sun Shall Fall.