This chapter is a complete guide for Underequipped side quest. Here you can find tips that will help you to finish this quest in the most beneficial way.

The quest is added to your journal after you speak with Lubavad in Hunter's Gathering. You learn that a caravan left the village but the person responsible for supply didn't do their job and warriors took the wrong ammunition. Lubavad gives you explosive arrows and asks you to catch up to the caravan and give them the equipment.

The mission marker leads you to a place where the caravan stopped. The fastest way to get there is to use the road that leads to the east, it can be accessed from where you spoke with the quest giver. On your way you can come across a few empty wagons but this is not required to complete the mission so don't search for them. They don't have any treasures. 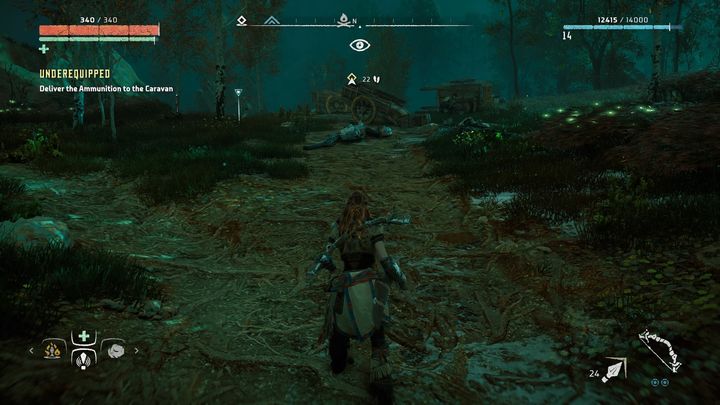 When you finally arrive at your destination point it turns out that the caravan is badly damaged. Speak with one of the crew members to continue the quest. During the conversation you learn that the box with ammunition was wrongly labeled. What is more, the caravan is now attacked by the machines and you have to help them to survive.

The first wave consists of three Watchers and a Longleg which is the biggest danger to the success of the mission. Use Focus to check its weak points and hit them by using fire arrows and other weapons and traps in your possession. If you have a slingshot that can shoot shock bombs then use it because it will be the most effective against that machine. 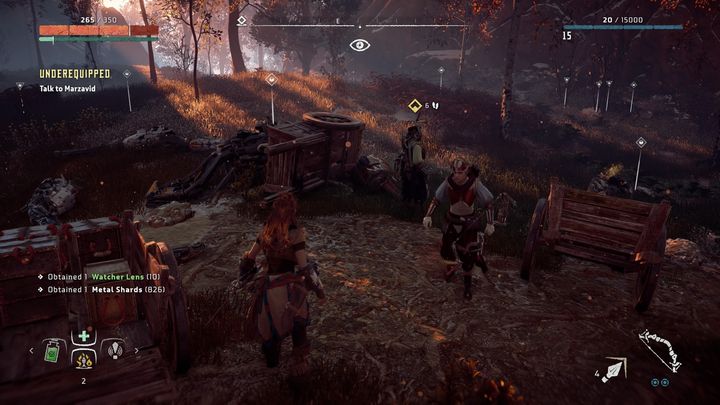 When you defeat the first wave of enemies then prepare for an incoming Scrappers. There are four machines which makes the mission more difficult because sometimes you may not know from where the next attack comes. Stay close to NPCs and aim only at machines' weak points. When the battle is over, speak with Marzavid 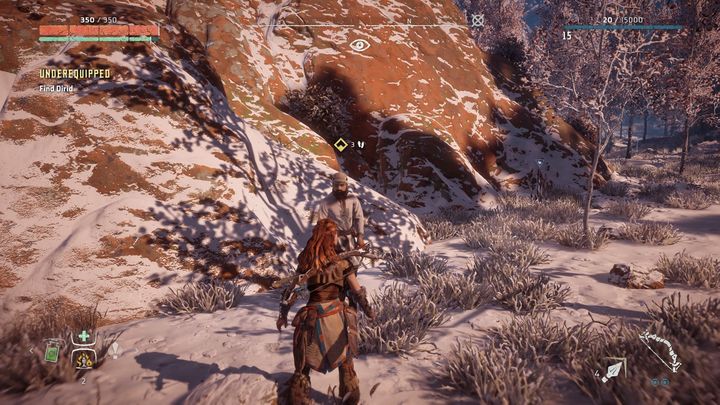 You learn that one of the crew members ran away during the battle. What is worse, he took the precious cargo. Your task is to find the runaway. Use Focus near the tipped wagons to see where the thief went. Follow his footprints. You quickly find him hiding in the forest. Speak with the thief to continue the mission. 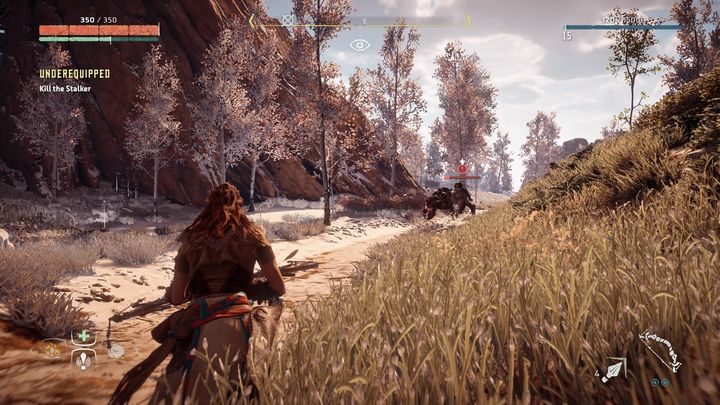 During the conversation the thief is suddenly hit by a Stalker that hides nearby. Obviously, you are its next target so prepare for a challenging fight. Just like in the previous part of this mission, the shock bombs are also useful in this fight. Otherwise, scan the machine and aim at the cannon on the back while keeping your distance. Watch out for the missiles that the machine shoots at you because they deal a lot of damage. If you destroy its cannon then the Stalker will try to get closer to you. You can't allow for it because its tail deals the biggest amount of damage. Keep safe distance and destroy the machine.

After the fight speak with Dird. During the dialog the man dies and the only thing that you can do is to search his body. You find the cargo which must be taken to Marzavid. You can find him near the tipped wagons. After a short conversation the quest is finished.