The chapter below contains the complete walkthrough for The Forgotten, including screenshots and boldfaced tips. 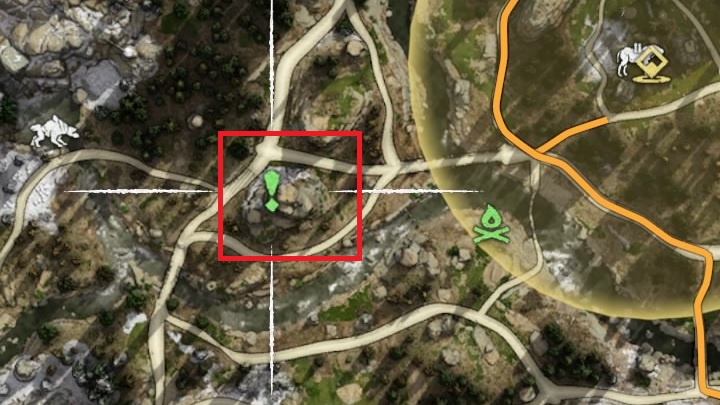 The mission will appear in our journal once you talk to Olara, who is standing on the top of a small mountain. You'll hear her voice from far away - use Focus if you are still unable to locate her. Use the ropes found on one of the walls to climb on the mountain. The woman will ask you to help her find her missing brother. 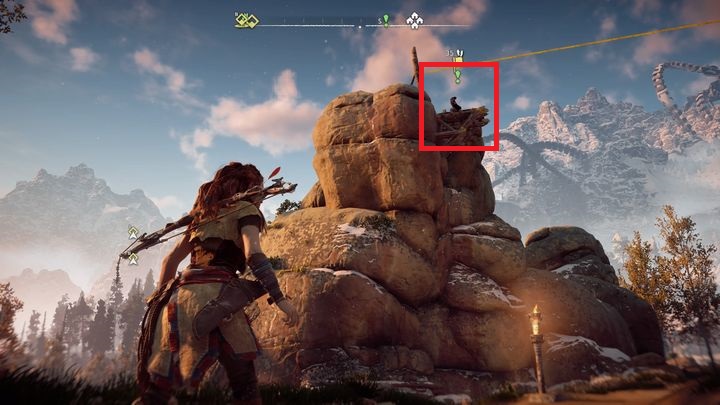 Your first objective is to search the camp used by Brom. Use the line nearby to descend from the mountain. Unfortunately, the second end of the highway is blocked by Scrappers, which may complicate your landing. If you aren't sure of your abilities, simply descend through same way you've accessed the mountain. 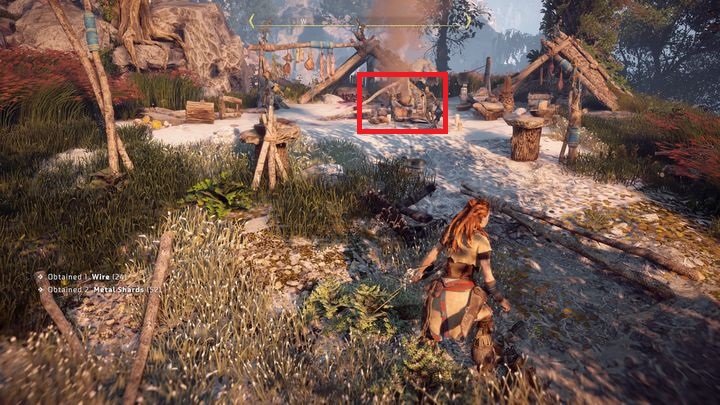 Brom's camp can be found in the west - follow the quest marker. The camp is guarded by two Watchers that are patrolling its vicinity. Eliminate them and approach the area shown on the screenshot. It turns out that the found blood doesn't belong to anyone from the camp. 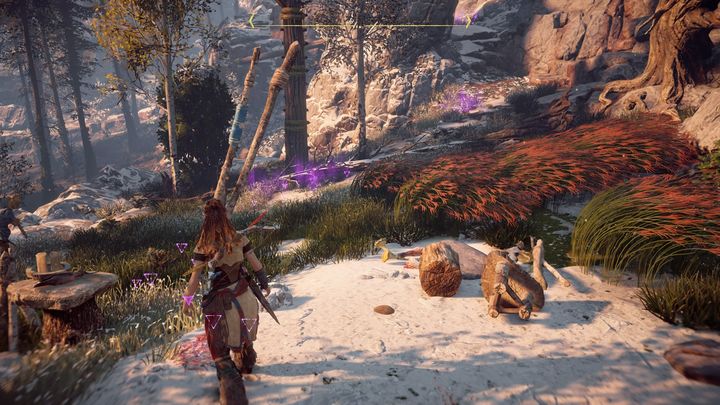 Use Focus to mark the blood trail. The trail should lead you to a knife. This won't be enough to solve the riddle - continue following the bloodtrails and proceed ahead. Cross through the cast down tree and proceed east. 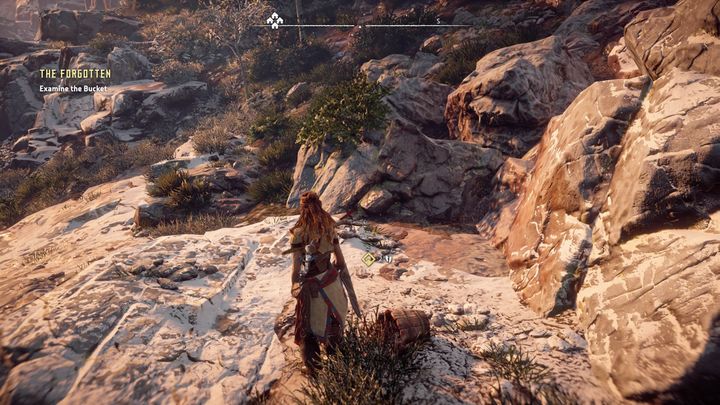 You'll find a bucket along the way, but this still won't be enough to solve the riddle. Use Focus to find the trail and keep following it. There are three watchers in the area beyond the low wall - make sure to eliminate them quickly. 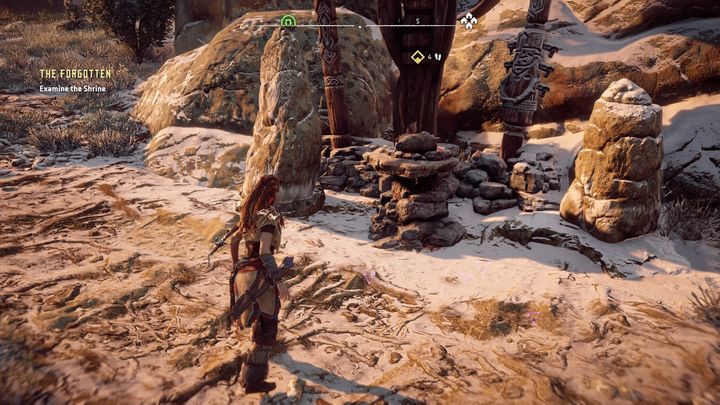 The trail will lead you to a profaned shrine not far from Mother's Head. Take a look at it and turn west to find the trail. Watch out - the way further is infested with machines. You'll quickly come upon a damaged Watcher. A short investigation leads to the fact that Brom managed to destroy the machine. Yet, this is not the end - return to following the trail. 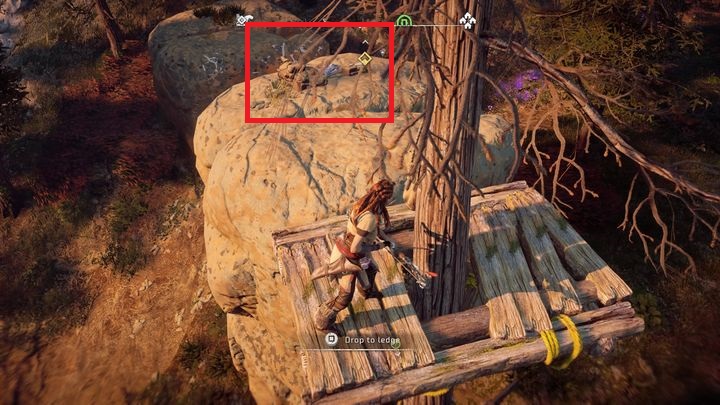 Your next waypoint is an abandoned camp. Canvass the area and proceed east to find some abandoned supplies. Pick them up and follow the trail. 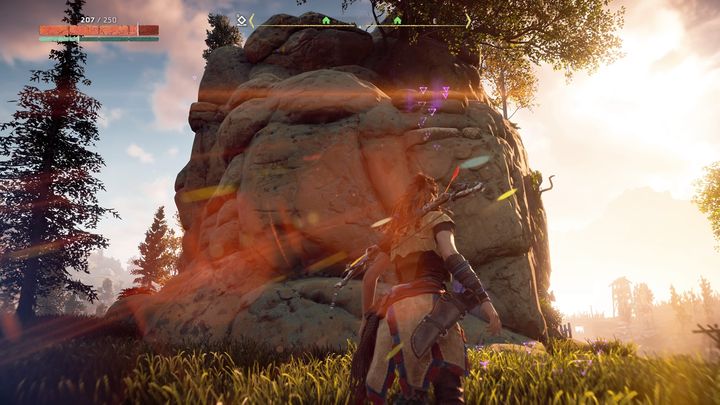 Brom will be found on a steep rock that can be seen on the screenshot. Climb onto it and talk to the man who is on a verge of committing a suicide. Choose any from the three available dialogue options, as they all will lead to the same result - Brom will give up and abandon his plans.

Unexpectedly, Olara has joined the scene. During the dialogue, you can either support Brom or warn Olara that he is a danger to others. The quest will be completed regardless of your choice.