This chapter contains a complete walkthrough for In Her Mother's Footsteps, including screenshots and boldfaced tips. 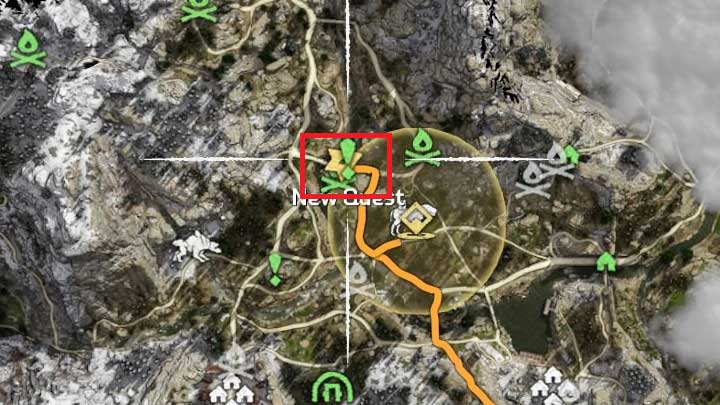 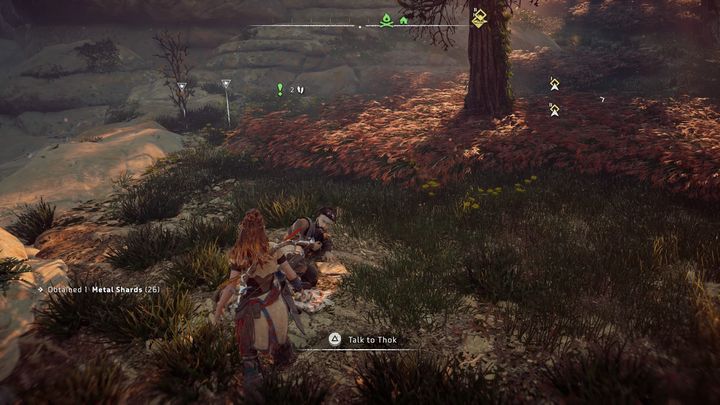 The mission will appear in your journal once you talk to Thok. You can find him in the central part of Embrace, in a place marked by a green exclamation mark. Your job will be to find his daughter, who went inside the woods and haven't been seen since.

Find Arana and eliminate the Watchers 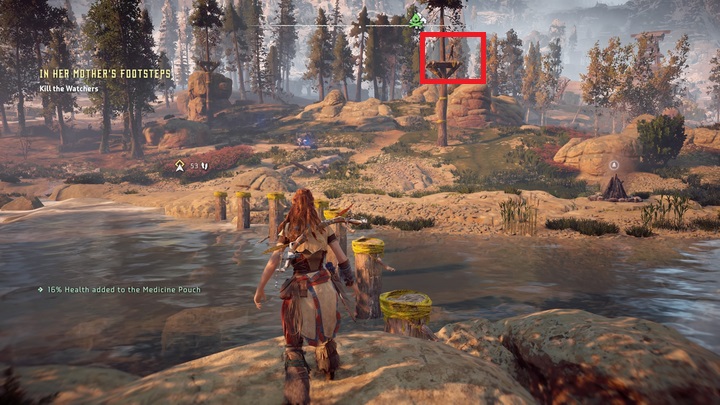 To get to your objective, you'll need to make a small trek. Follow the marker and watch out for machines that will appear along the way. The quest is taken right next to a Strider den, so there is a huge possibility that you'll be walking next to them. Keep to the path located next to the river.

You should finally reach your destination. Arana is on the platform that is surrounded by Watchers. Eliminate them using your favorite method. Once you eliminate all four machines, the woman will descend from the platform and you'll be able to talk to her.

Track down the Spear

Arana asks Aloy to retrieve the spear that belonged to her mother. The weapon had lodged into the body of one of the machines - you'll have to track it down. Use your Focus to find the trail. 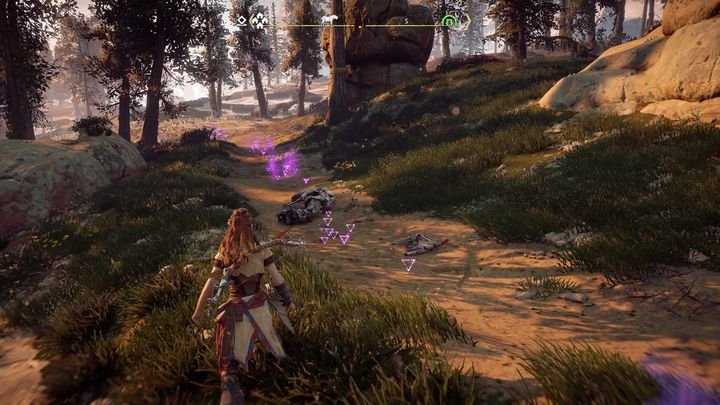 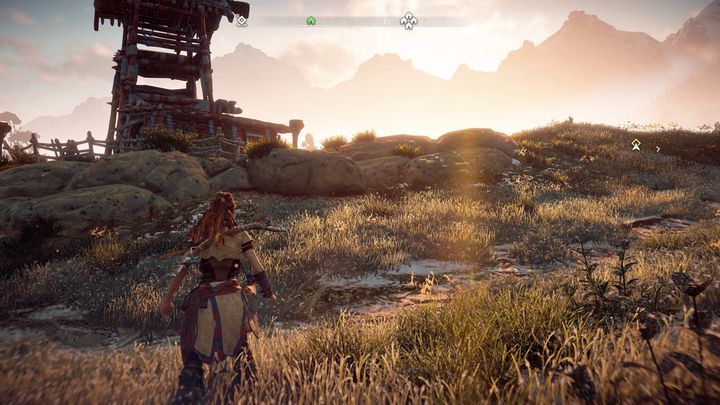 The trail ends in the area shown on the screenshot above. There is a human settlement ahead - turn right and continue following the trail. You should reach a river - cross it and proceed forward. Keep your Focus on to avoid losing the trail, which now leads to the southern gate of Embrace. There is a fireplace nearby - use it to save your progress and create a fast travel node.

Recover the Spear and return to Thok 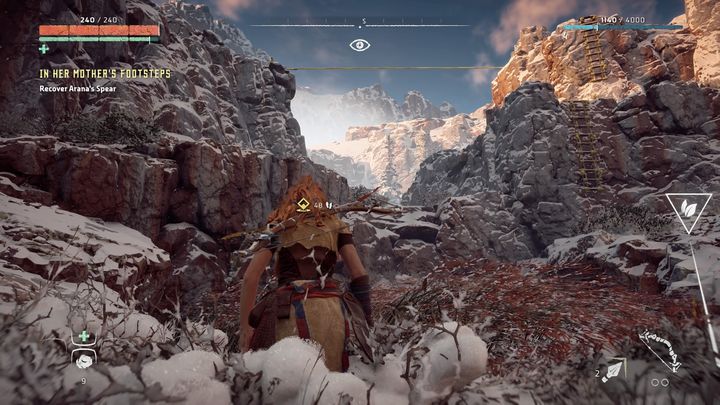 Finally, the trail will lead you to an area shown on the screenshot. Either climb onto the wall, or approach it from the left side. 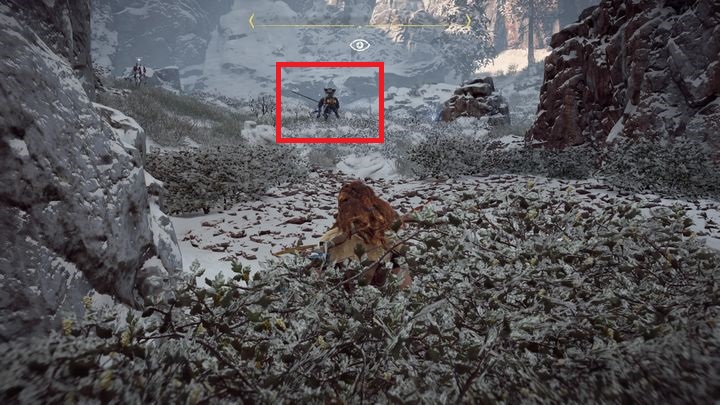 The central area is inhabited by a Scrapper that you'll need to get rid of. Before you go in, eliminate two Watchers that can easily warn other beasts in the area and make the task much more difficult.

Scrapper has a major weak point in form of the radar placed on the top of his silhouette. If you're unable to hit the radar, aim for the power supply located on his tail. 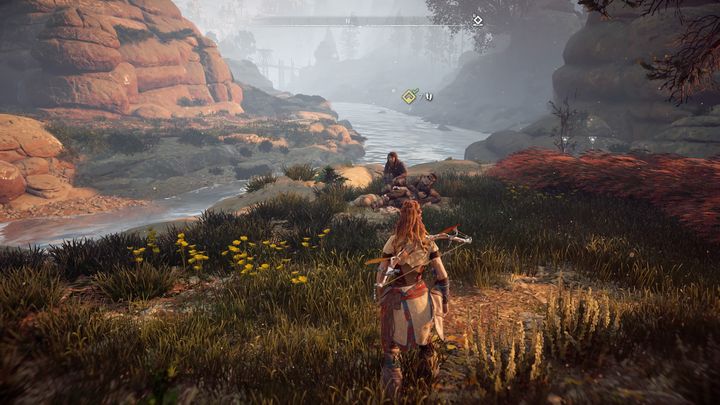 Once you retrieve the spear, return to Thok, either through fast travel or simply make the journey on foot. Talk to him to finish the quest.