This chapter is a complete guide for Revenge of the Nora quest. Here you can find tips that will help you to finish this quest in the most beneficial way.

To activate this quest, first, you need to complete The War Chief's Trail side quest. This mission's goal is to track down and eliminate all cultists that can be connected with the attacks on Nora tribe. 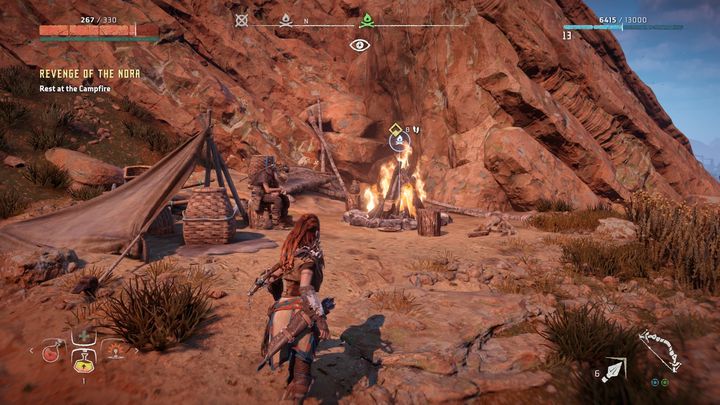 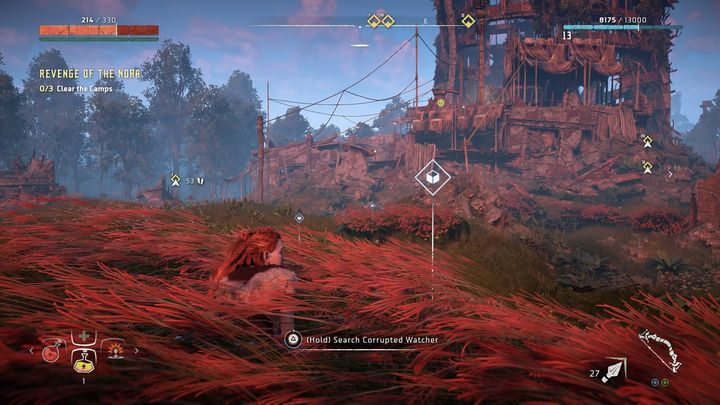 After a short cut-scene, the mission's goal will change. You must neutralize three camps that work as scouting outposts and can be a hindrance to the attack on the cultists' main base.

In each of the camps you can find a few corrupted machines and small groups of cultists. Try to lure the machines one at a time and eliminate them while being hidden. Every cultist dies from a single headshot and if you manage to kill them individually then this mission will go very smooth. In each camp there are a few explosive barrels and an alarm that must be destroyed. 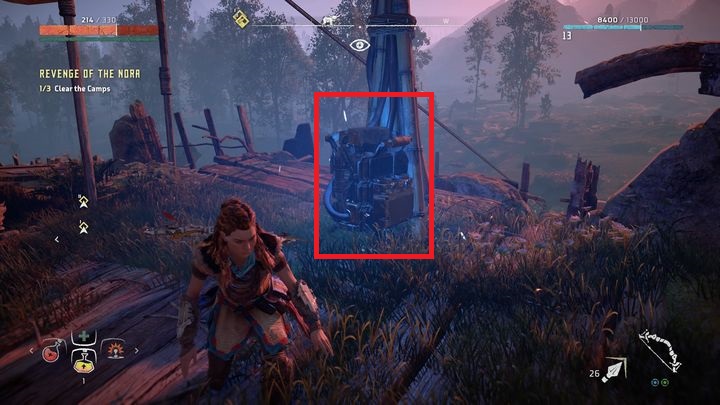 The most important thing to do is to destroy an alarm before it is activated. If you fail to do that then prepare to face additional support for the attacked camp. In most case the support consists of a few Scrappers and a group of cultists. Fighting with them can derail your progress but it should be noted that after clearing out each camp your progress is saved. 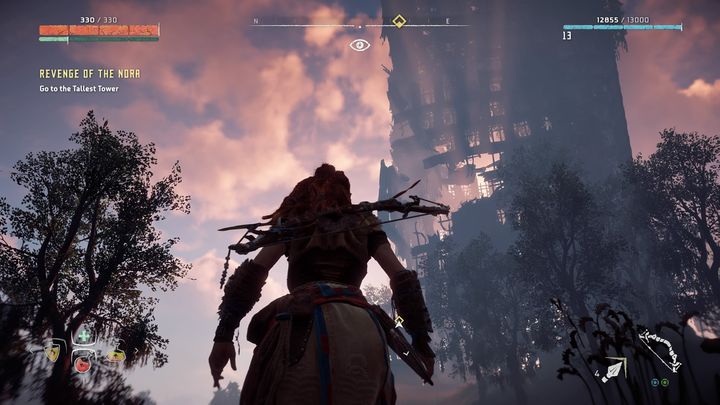 After dealing with the last camp you must proceed further into the ruins and reach the tallest tower in the area. There, you must speak with Sona. After a short dialog, follow Varl. Together, you enter the land that is overrun by cultists. First, you must get to the lower level. Wait on the top and, in the right moment, kill the enemy on the right. Varl will take care of the second enemy so you won't be detected.

At this stage of the mission, it doesn't matter whether you are detected or not but fighting with many enemies at the same time can make this stage more difficult so sneak and react to the commands given by Varl or Aloy. 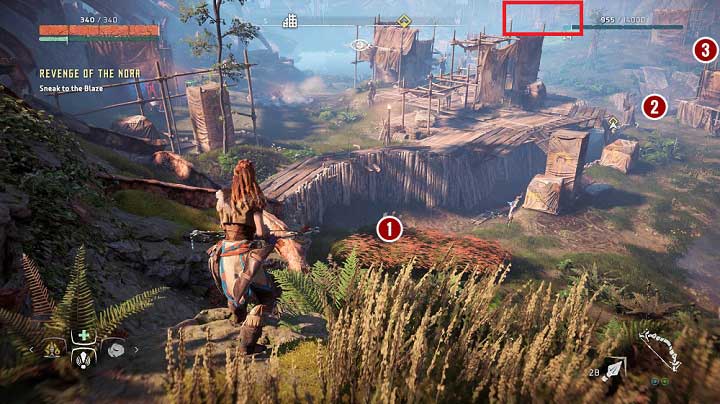 When you get to the checkpoint it turns out that Aloy discovers the weak point of the entire structure. Your task is to get to the explosive barrels so that you can make a clean shot that will lead to an explosion. Clearing the path by using brute force does nothing for you because there are too many enemies. Even if you can run to the barrels and detonate them, you still won't be able to survive in an open conflict.

The best solution is to sneak to the bushes on the left [1]. Next to it you can find the cultist that can be lured to the bush and kill by a sneak attack. If you unlocked the ability to whistle at your enemies then the later part of the quest will be easier. If not, you can use stones. Lure one enemy after another and kill them stealthy. The more the better. Remember not to whistle on another enemy before you kill the previous one because this can attract attention of other cultists which can quickly lead to Aloy's detection.

Detonating the barrels makes the Ring's gates open. After that, the fight between the cultists and Nora tribe breaks out. Join in to make the fight shorter. When it is all over, speak with Sona and the revenge on the cultists is completed.