The chapter below contains a complete walkthrough for The Proving, including screenshots and boldfaced tips. 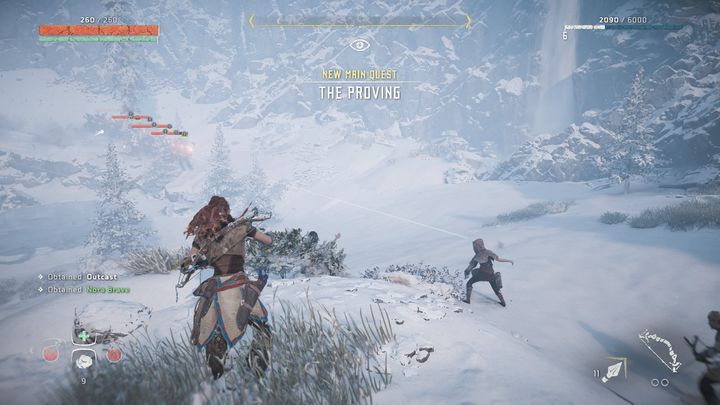 The quest begins with a short cut-scene that leads directly to the trial itself. Your first task is to hunt one of the Grazers that are circling the stone on which the trial participants are standing. Aim for the beasts' weak spots, and if you manage to defeat any of them, quickly approach it and pick up the remnants. You don't have to hurry, as no matter what you'll do, your trophy will be destroyed by Bast. Hunt another machine and proceed to the race zone. 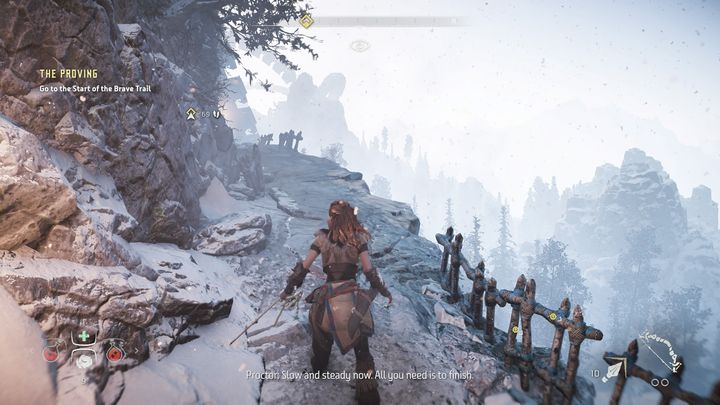 The path of the race leads through a few ledges - be ready. The race is concluded by a cut-scene - stay alert, as once its ends, you'll begin the Brave Trail, a very narrow mountainous path. Fortunately, the trial begins with a checkpoint, so you can repeat the sequence at will. Aloy will win regardless of how fast you've managed to beat the required distance. 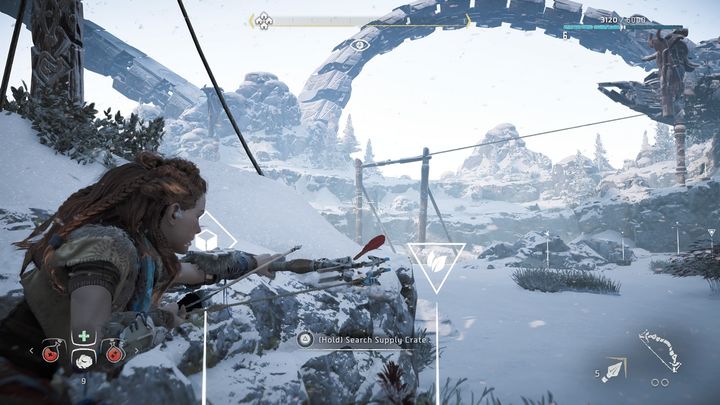 However, this is not the end of the task, as it turns out that the group had been attacked. Your first objective is to eliminate four archers. Don't move from your initial position if you want to stay undetected. Scan the area using Focus to learn the location of all opponents. Aim for a headshot to make a clean kill - pay attention to your aiming, especially that your opponents are rather stationary.

The next phase of the encounter is more complicated - the archers are accompanied by melee fighters that will converge on your position if you're hiding behind a cover. Make use of your bow and stay mobile. Search the bodies of the defeated opponents as warriors often carry healing potions. When you've gotten rid of the melee fighters, take care of the archers in the same manner as before. 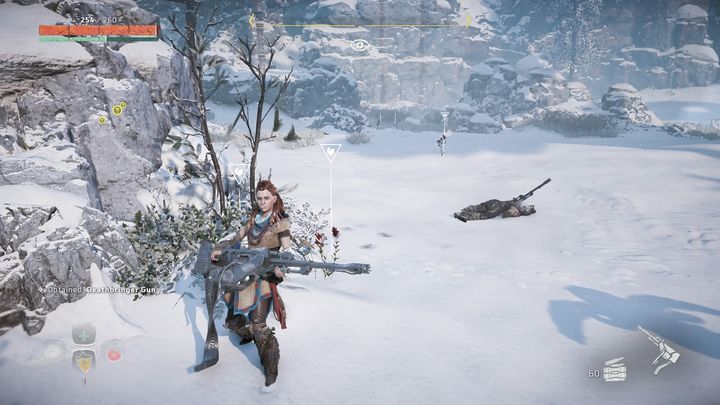 Time for the final phase. First, take care of the enemy armed with a machine gun and take control of the weapon. Once you've managed to do that your job will be much easier. Be extra careful when fighting against the leader. You'll recognize him immediately, as he will be the only one charging at your position. Keep a safe distance, as his elemental club will take a half of your health bar with each hit. The remaining enemies shouldn't pose a serious threat.

Once you've managed to eliminate the leader, search his body. The quest will end after a short cut-scene leading to a new quest - The Womb of the Mountain.