This chapter contains a complete walkthrough for Lessons of the Wild, including screenshots and boldfaced tips.

The second quest is an introduction to the world of the game. You'll learn the basics of crafting as well as how to behave around machines. 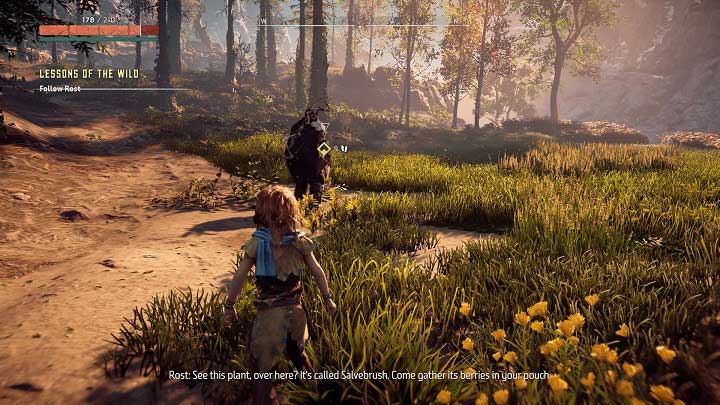 The quest begins in the area shown on the screenshot. Walk up to Rost and interact with the marked plant to gather it for further use. The amount of your healing supplies will increase. Use the healing submenu (directional buttons) to consume the plant in order to regenerate some of your health. 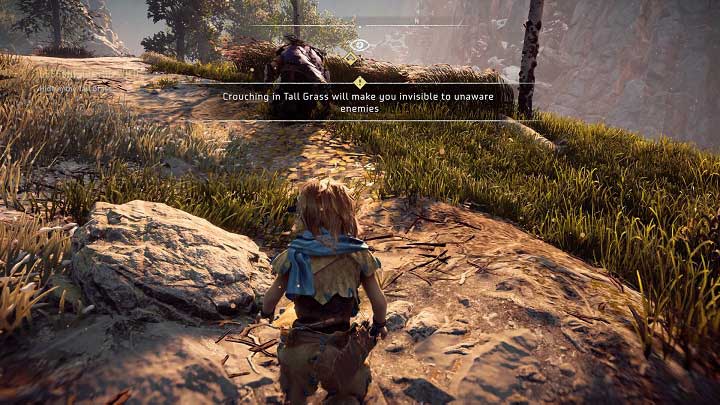 Follow Rost up to the next marker. A group of Watchers have been sighted near your position - Once you receive the signal, crouch and hide in the grass to avoid being detected. Follow your teacher's orders and keep watching the group until the final Watcher had disappeared. Now, leave the grass and follow Rost. 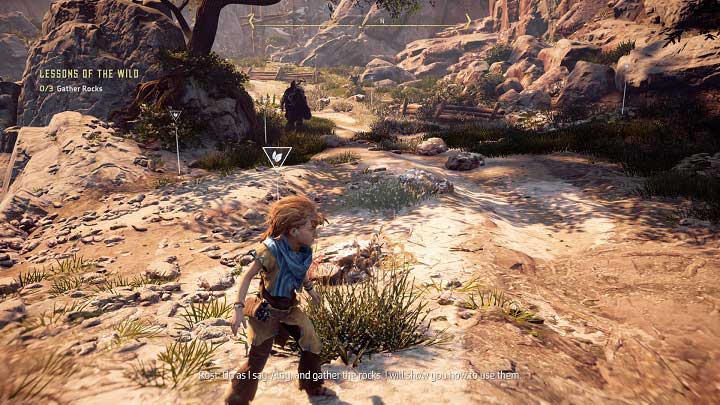 You'll reach a dried riverbed. Time to pick up some ammo - you'll need to gather three rocks that can be found in near vicinity. Such items can be located through white markers - you can see them on the screenshot above.

Then follow your teacher to an area surveyed by a few Watchers. Time for a small ambush. Your job is to throw a rock to induce one of the Watchers to approach Rost, who is hiding in the nearby bushes. Hold the throw button - a trajectory line will appear, helping you to aim your shot. Use the analog sticks to aim the projectile so that the stone will fall as close to Rost as possible. 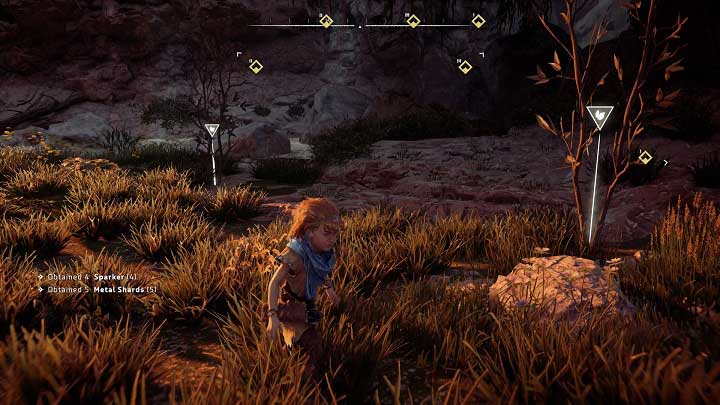 Rost wants you to hunt a machine. While standing in a safe distance, use Focus to find certain weak spots in its silhouette. Watchers are easily disposed of by firing at their eye or back canister. Nevertheless, Watcher is not a challenging enemy, and if you weren't able to eliminate it in a timely fashion, Rost will help you. Pick up the remnants of the machine to complete the objective. 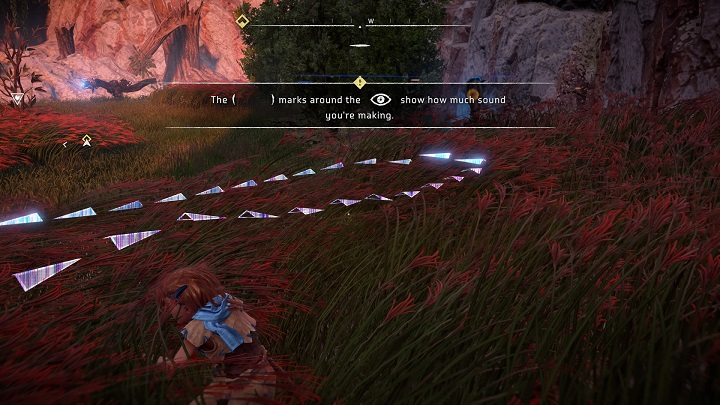 Your final objective is to rescue a wounded boy from a dangerous area. Mark each machine with your Focus and get a look at their routes so you'll be able to see them even after the device is turned off. Proceed forward, but keep to the bushes and tall grass. Stay in cover and avoid running.

Your job is not over yet - you'll need to escort the boy out of the danger zone. Follow the marker and lead the boy to Rost. Completing this objective marks the end of the mission.