This chapter contains a complete walkthrough for A Gift from the Past, including screenshots and boldfaced tips.

The first task is a somewhat of a prologue of the whole game, enabling the player to learn the controls and basic mechanics of the game. You'll also learn how to utilize your Focus. 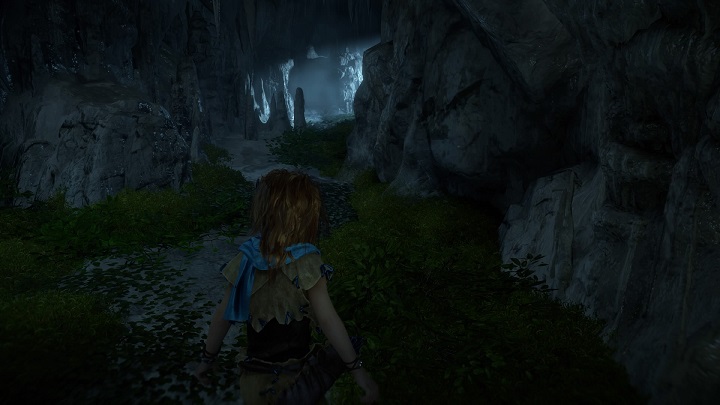 We begin the journey in a vast cave that can be seen on the screenshot. Proceed forward but keep to the left side of the cave. There is a small hatch at the end of the corridor leading to the further part of the cave. Press Square to crouch and get past it. 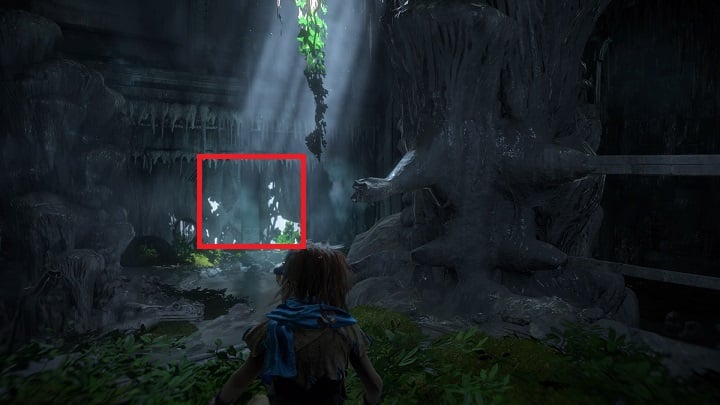 You'll enter a chamber containing various remnants of old machines. The way forward leads through the half-open door that is marked on the screenshot. 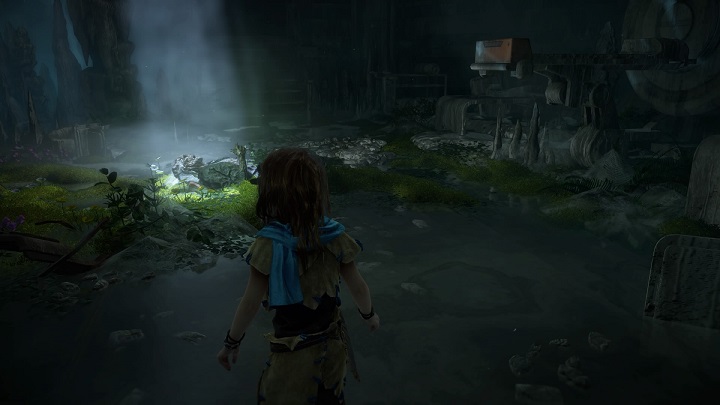 Soon enough you'll encounter a human body. Press Triangle to get a look at the device found on its ear (press Triangle to interact with objects or people). You've just obtained a Focus, a device enabling you to scan objects and machines found during the game. 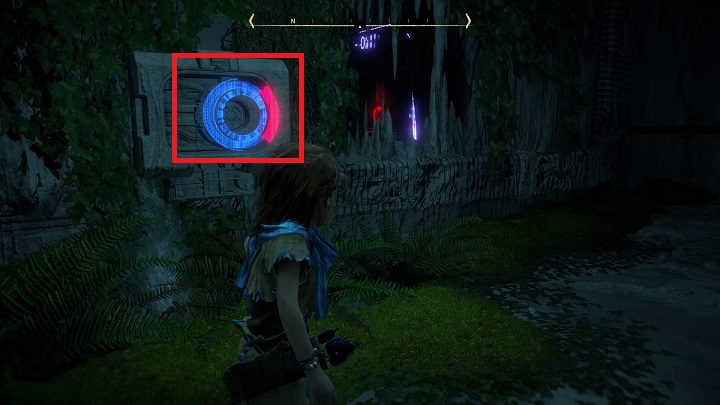 The way forward is cut off by a locked door. Take a look at it using Focus and follow the marker to reach an override that will allow you to unlock it. Scan the interface and interact with it - the circle will change its color and unlock the previous door. Return to the door and proceed with your task. 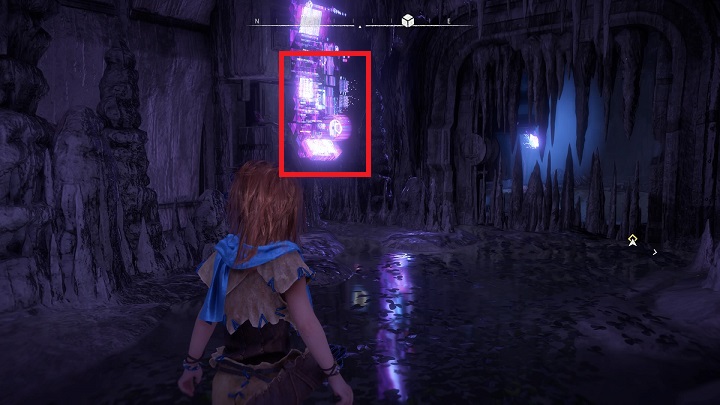 The first datapoint can be found further along the way - follow the quest marker. You'll encounter a body - aim at the speaker icon to play the saved file. Once you've listened to the file, follow the marker to further explore the cave. 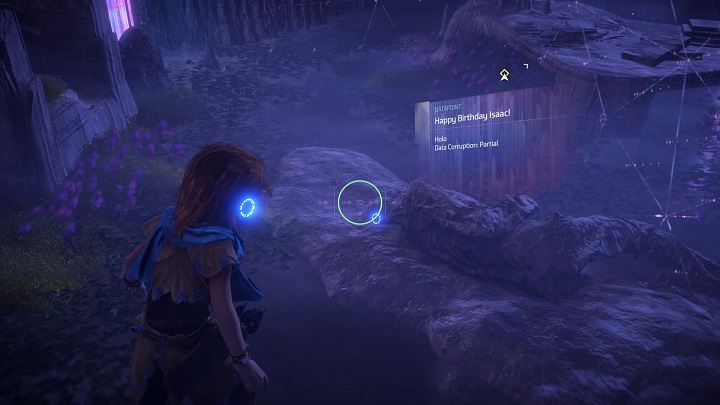 You'll reach a new device - this one contains a visual recording. Access its contents and approach the half-open door - use it to get through to the next area. The quest marker induces us to go forward, but make a small detour and turn right. You'll reach a small chamber with two datapoints. 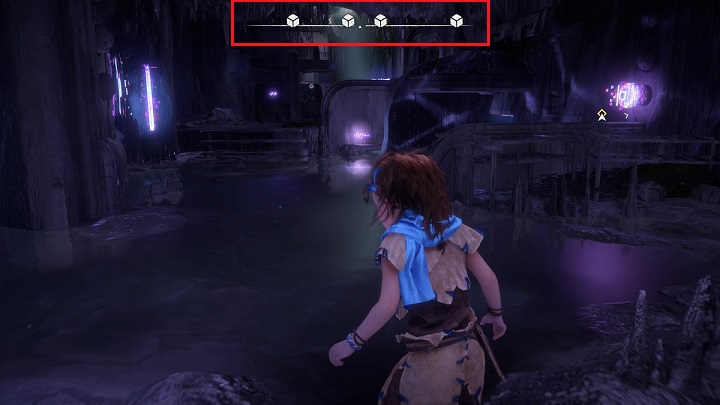 The new area contains even more datapoints. Use your compass to find them. To listen to a recording, aim at the person next to which you've found it. Make sure you've listened to five recordings and proceed forward.

You should now hear a friendly voice. Keep following the marker to reach Rost. You can look around the cave once the quest is completed, but at this stage you won't find anything interesting.

Watch the cutscenes and prepare for further tasks.