This page of the guide to Horizon Forbidden West contains a walkthrough of the Blood for Blood side quest. We explain how to kill the Rebels and the Behemoth. Completing the quest rewards you with the valuable Perimeter Tripcaster. 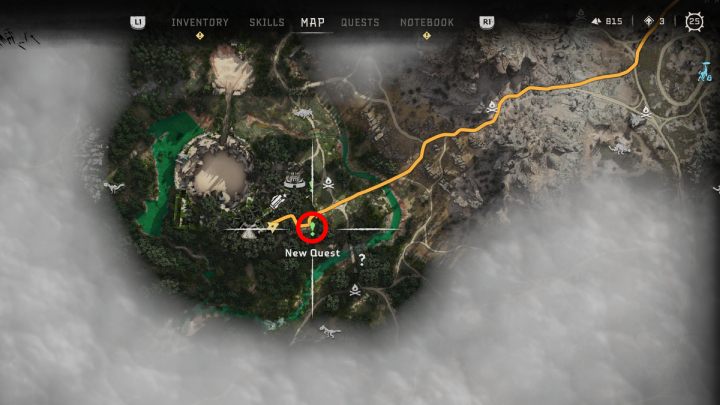 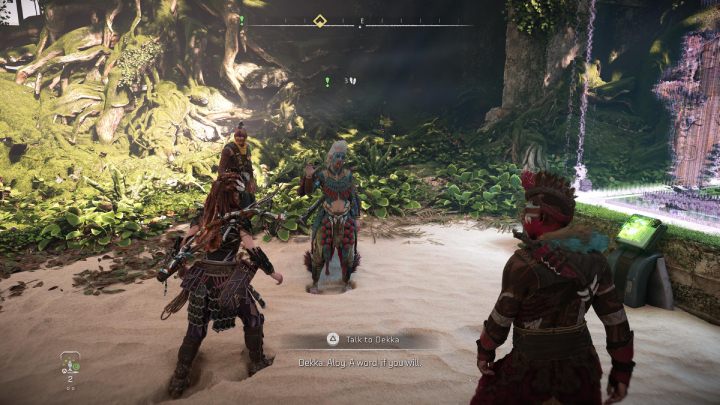 Talk to Dekka in the Memorial Grove. You unlock this quest after The Kulrut main quest, once you enter the chamber under the throne.

Meet Dekka on the Hillcrest 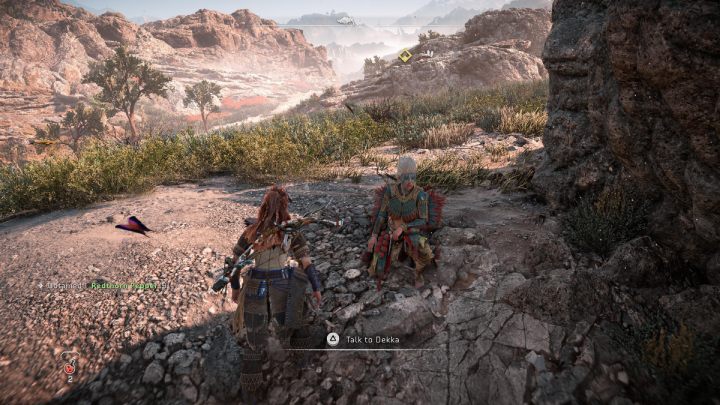 Meet Dekka at the designated location southeast of the Memorial Grove. 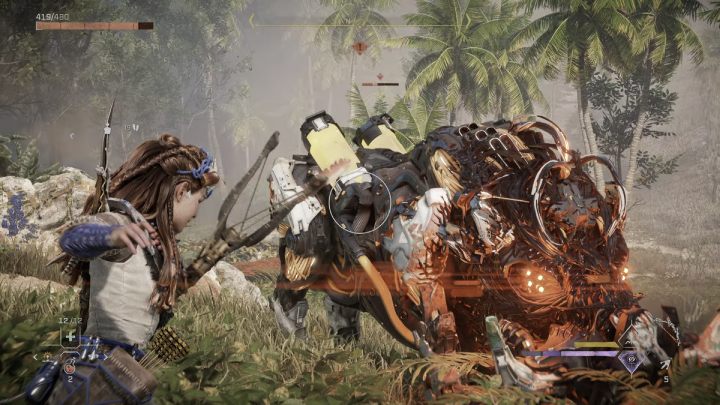 Follow Dekka to the rebel camp. Dispose of the mounted enemy first. The area it patrols is vast, so attack him only when it moves away from his allies. 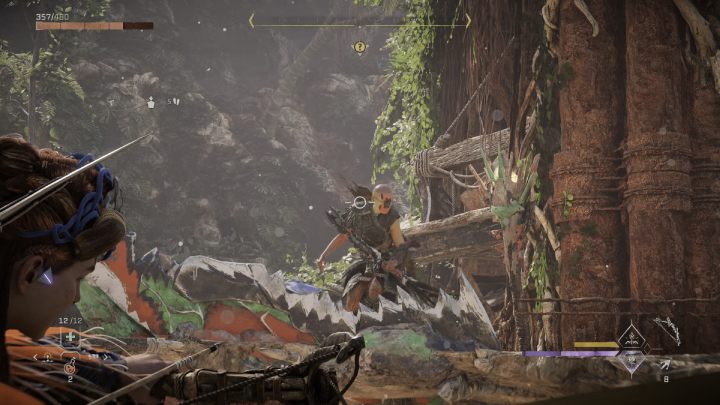 Then scan the area and tag all of the rebels. Kill them all one by one. Each of the enemies can be killed instantly with a sharpshot bow headshot. 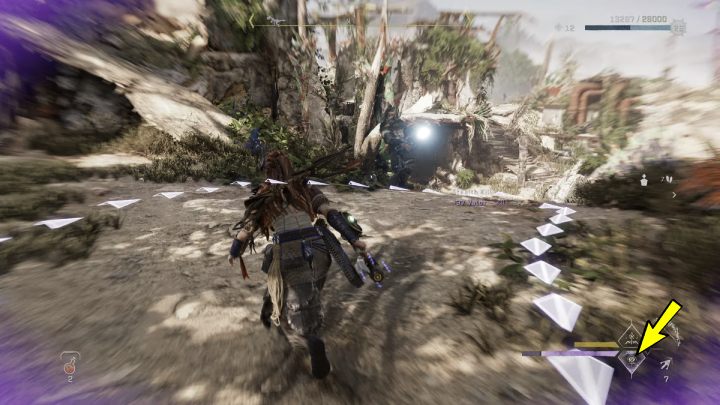 The rebel leader is at the back of the camp. You can sneak up on him by activating the Stealth Stalker Infiltrator skill which reduces your visibility. Kill the leader, pick up his weapon and gun down the remaining rebels. 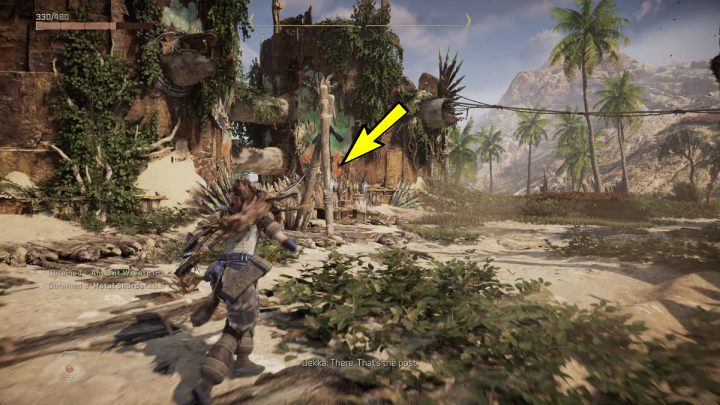 Approach the post near the two crates by the camp entrance. You'll find the tracks Nakella left. 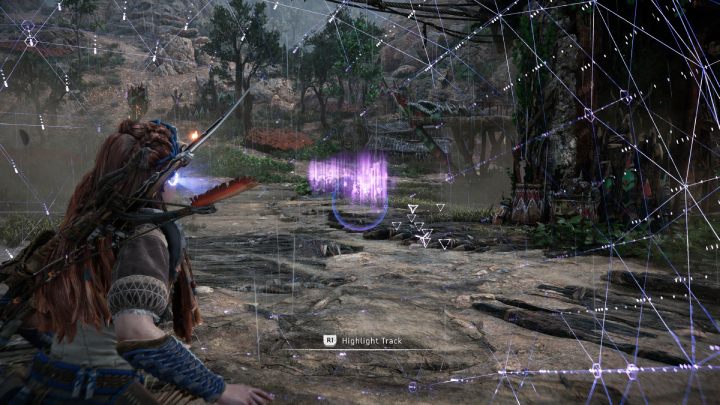 Turn on focus mode and highlight the tracks you found. Examine the rope on the ground and keep following the tracks until you reach the bloodstains. You'll eventually reach a hatch on the ground 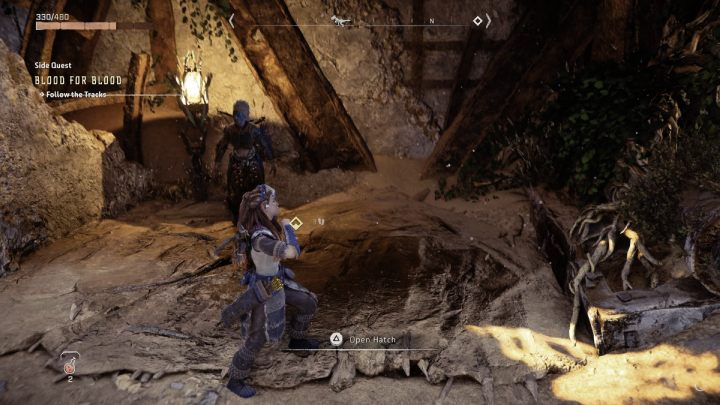 Open the hatch and talk to the girl. 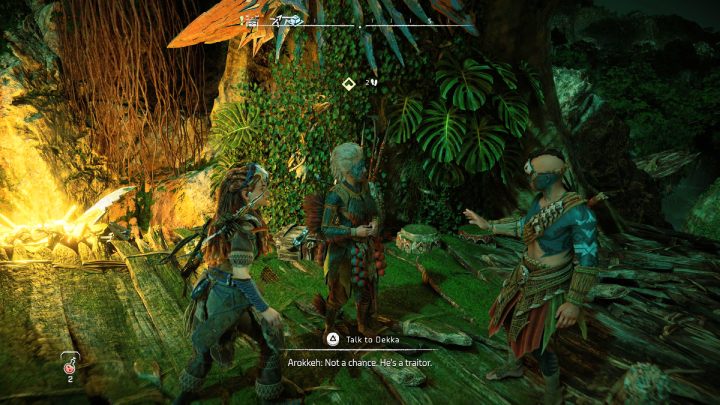 Head to the Fall's Edge settlement near the Memorial Grove and talk to Dekka.

Go to the Campfire 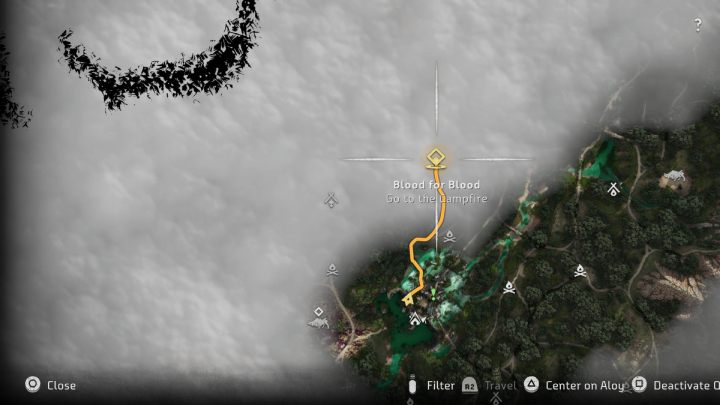 Head to the campfire Kavvoh mentioned, north of Fall's Edge. 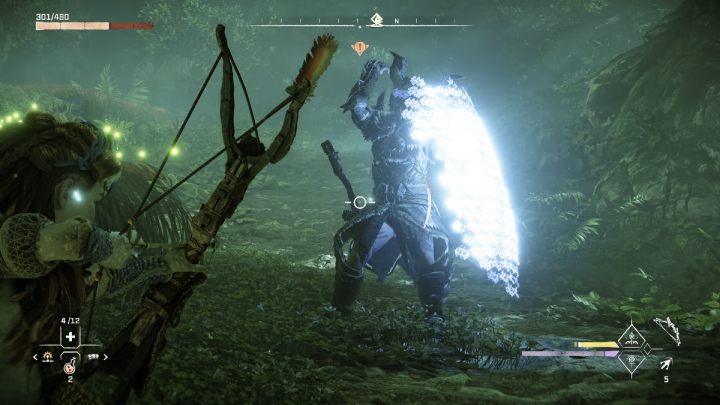 The rebels will attack Aloy in front of the campfire. You can deactivate enemy shields by damaging it enough.

Defeat all the enemies and approach the campfire. 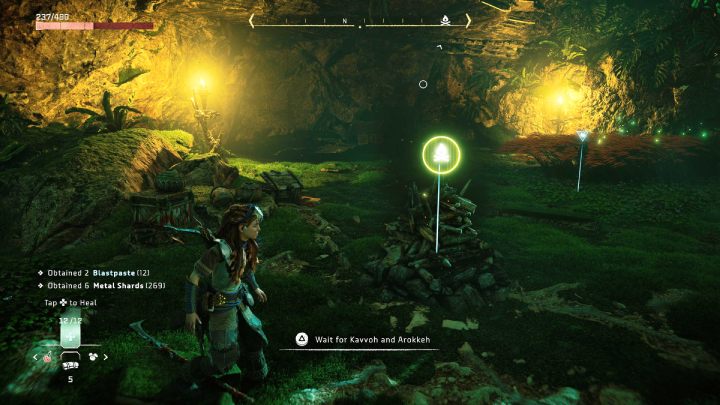 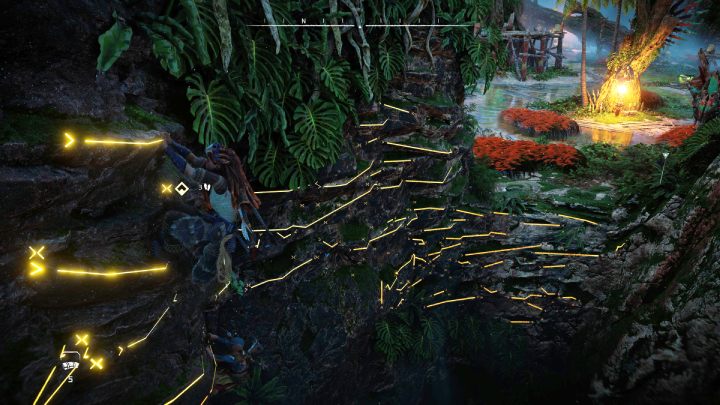 Follow Kavvoh to the rebel camp. Hide in tall grass immediately after getting off the rock.

Find the Threat to Fall's Edge 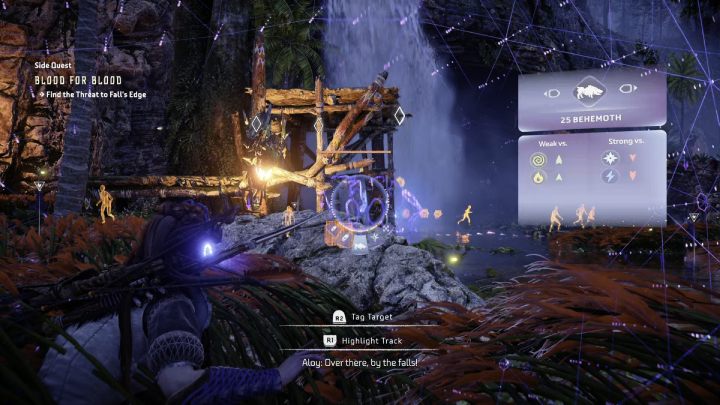 Activate your Focus and scan the rebel machine.

Kill the Rebels and Their Machine 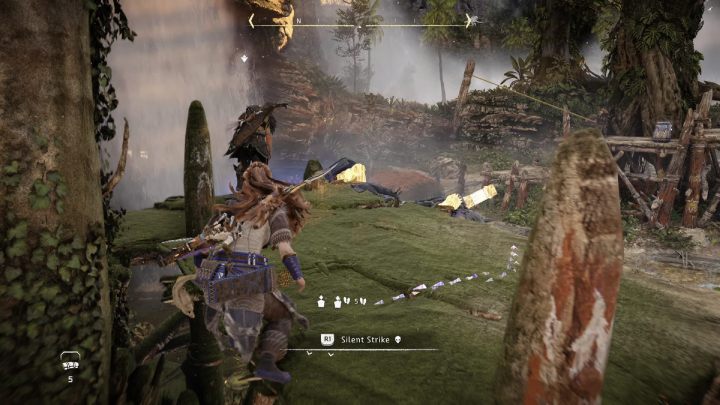 Start eliminating the rebels one by one. Wait for the machine and the rest of the enemies to move away and silently kill the rebel on the platform.

There are explosive barrels and other environmental traps in the camp. After eliminating all the rebels focus on the machine. 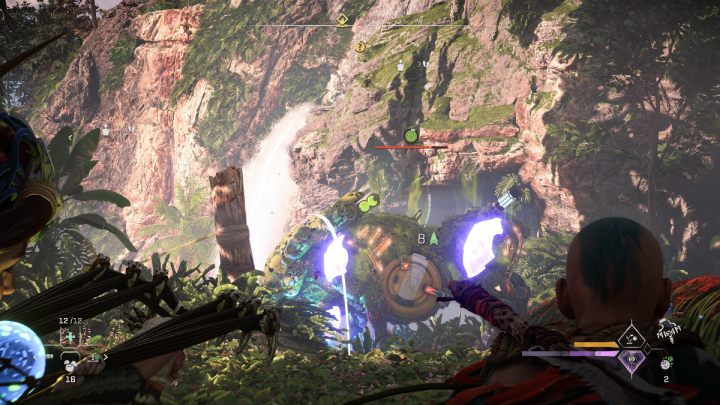 The Behemoth is vulnerable to acid and fire damage. Use corrosive and explosive bombs to destroy the weak spots on its back. The machine will periodically hurl boulders at you. Keep your distance and take cover behind barricades or rocks.

One of the rebels you've killed dropped a machine gun which will come in handy against the machine. 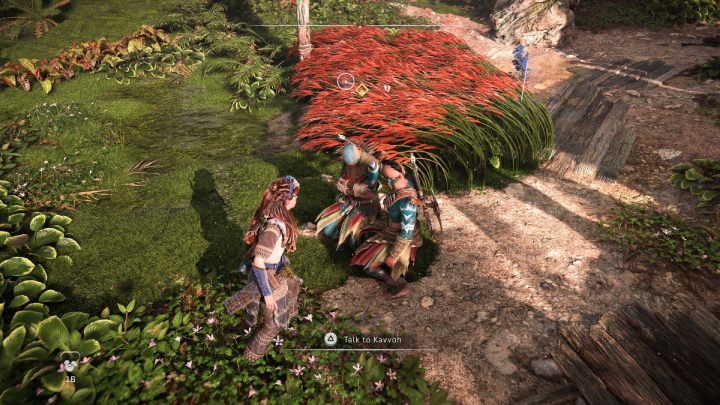 After dispatching all the enemies talk to Kavvoh and Arokkeh. 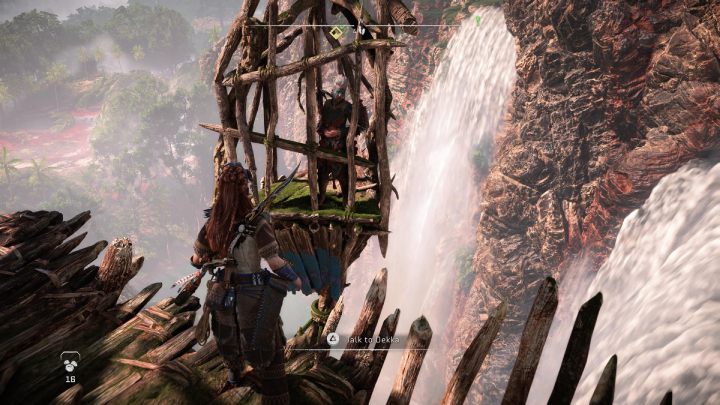 Return to Fall's Edge and talk to Dekka, waiting for you in a cage. 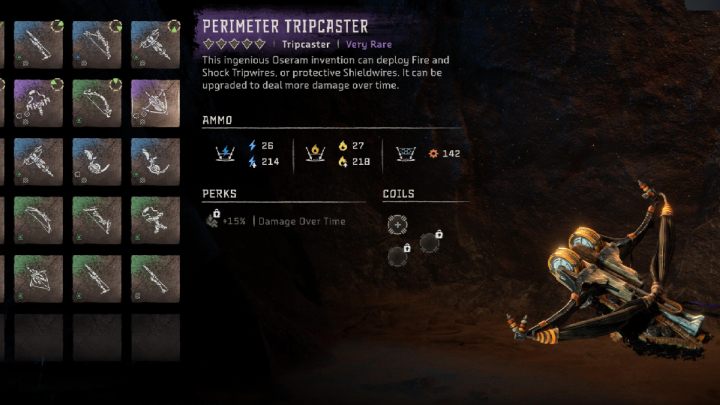 Completing this quest rewards you with the Perimeter Tripcaster, which deals heavy fire and shock damage as well as comes with a protective shield.