This page of the guide to Horizon Forbidden West contains a walkthrough of the Breaking Even side quest. You will learn how to defeat the Rockbreaker and what is the code to enter the door in the tunnel. 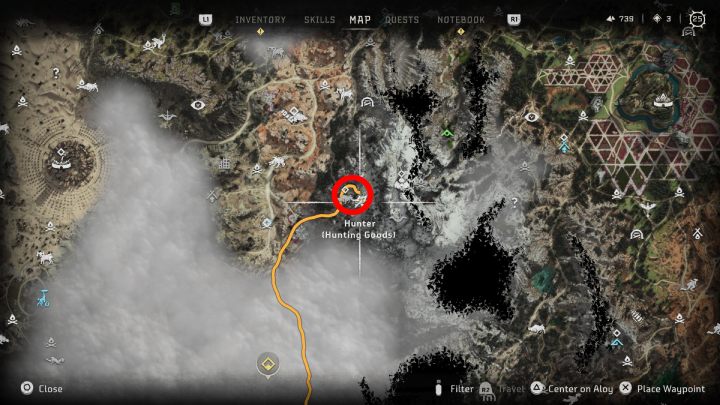 Listen to Rumor about the Missing Expedition 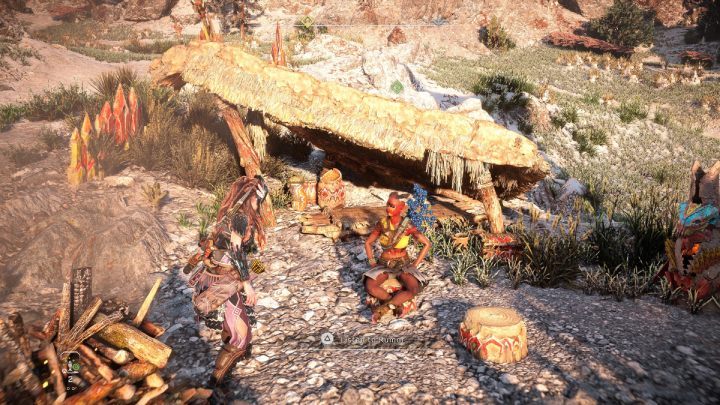 Listen to gossip from a woman at the campfire near the Base.

Talk to the Caravan Leader 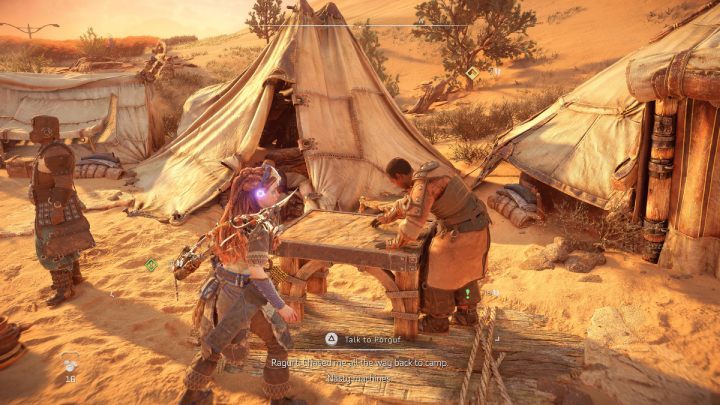 Talk to Porguf at Camp Nowhere, located south of the Base. 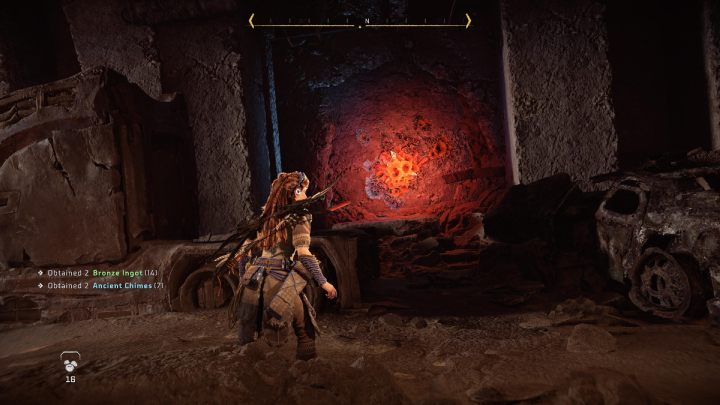 Go to the tunnel next to Camp Nowhere and set fire to the Firegleam. Then pull the grid from the wall using the pullcaster and proceed to the next room. Approach the lying woman and talk to her.

Keep going deeper into the tunnel until you reach a room patrolled by machines. 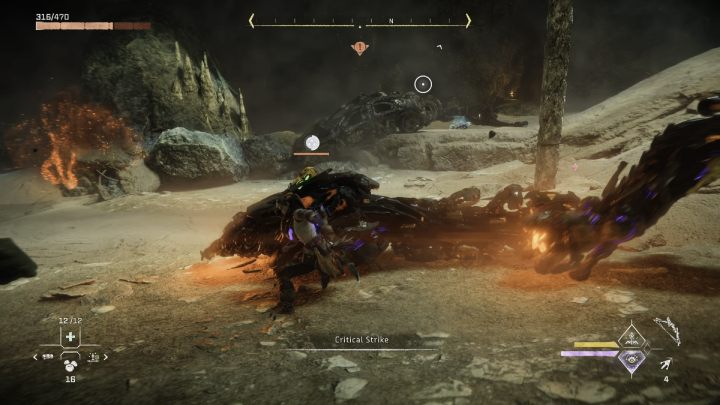 Kill all machines while hiding behind a pillar. In the combat area, you will find several exploding barrels and clusters of mushrooms that can serve as your smoke screen.

Investigate the Tunnel and Pull out the Derbis 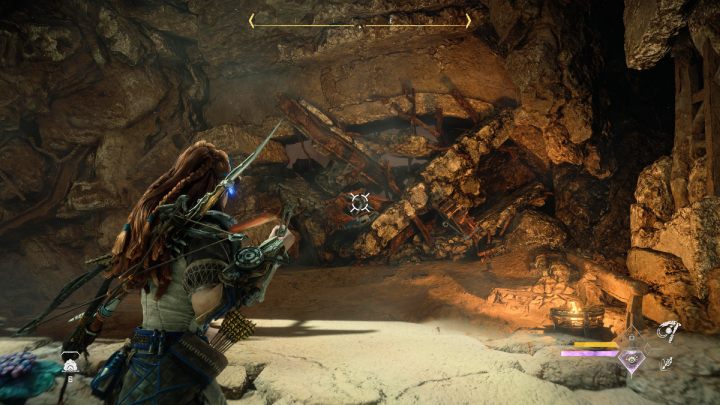 Walk up to the collapsed passage and pull out the blue elements with the pullcaster. 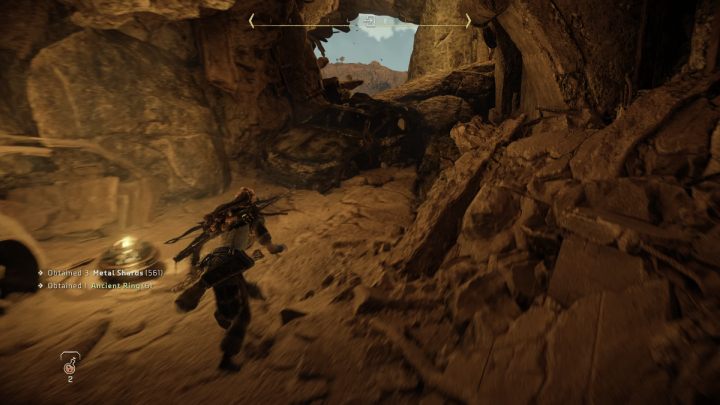 Enter the room, turn left and leave the collapsing tunnel. 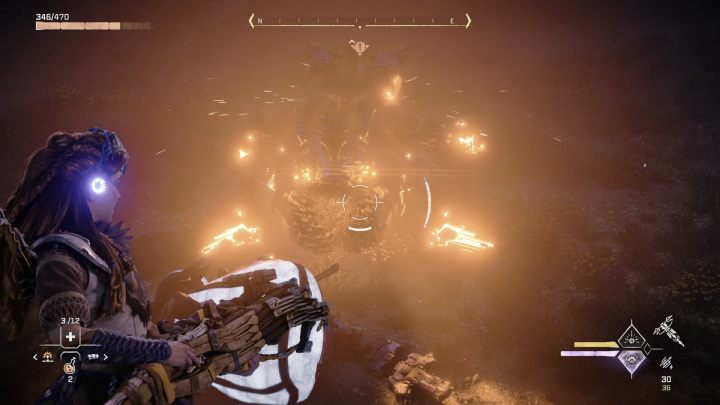 When you come out of the tunnel you will be attacked by the Rockbreaker Climb the high rock near the tunnel and wait for the machine to emerge from the ground. Use shock damage weapons and explosive bombs. If the Rockbreaker attacks you with boulders, crouch and hide behind a rock. 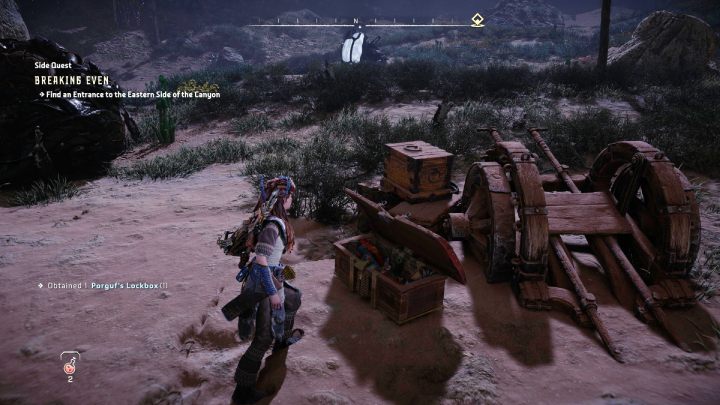 Scan the area thoroughly and search all the chests which contain many valuable items. Porguf's lockbox is by the wooden cart.

Find an Entrance to the Eastern Side of the Canyon 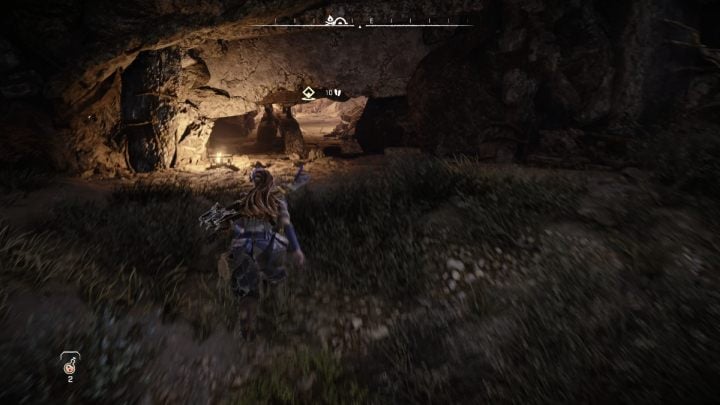 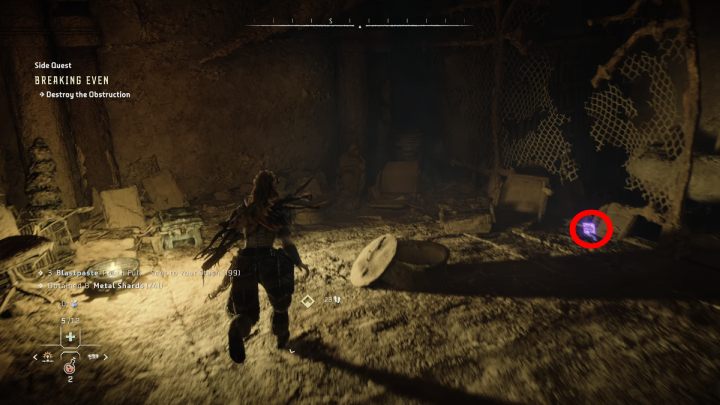 Enter the tunnel through a small hole in the wall. Inside, enter the room on the right and read the note called The Other Side, which contains the entry code. 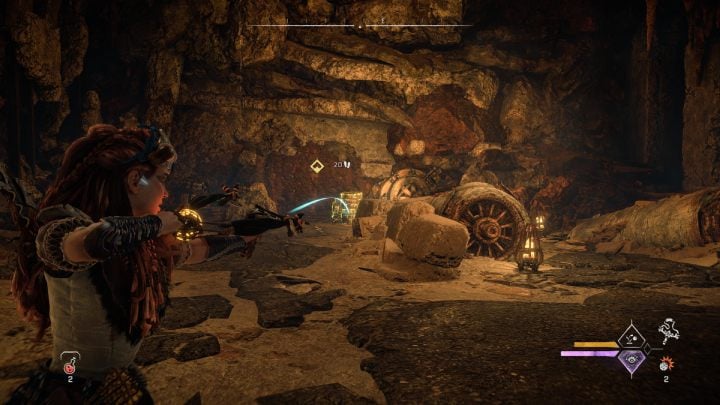 Use explosive bombs to set fire to the barrels against the wall. 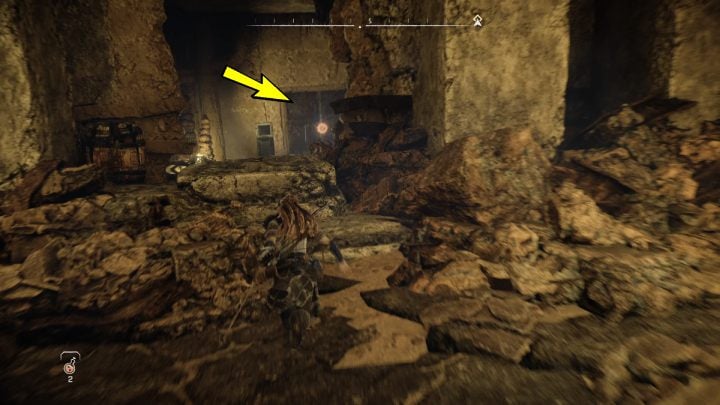 Go through the new opening. Enter the room on the right and open the door with the code 2054. Inside the room you will find a safe with many valuable items. 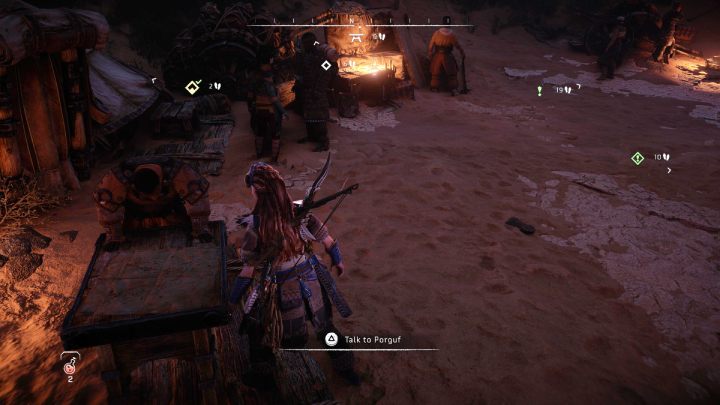 Leave the tunnel, return to Porguf at Camp Nowhere and collect your rewards.