On this page of the Horizon Forbidden West game guide, you will find the walkthrough for the side quest A Tribe Apart. We give you tips on how to get to Riverwatch and where to find the War Chest. 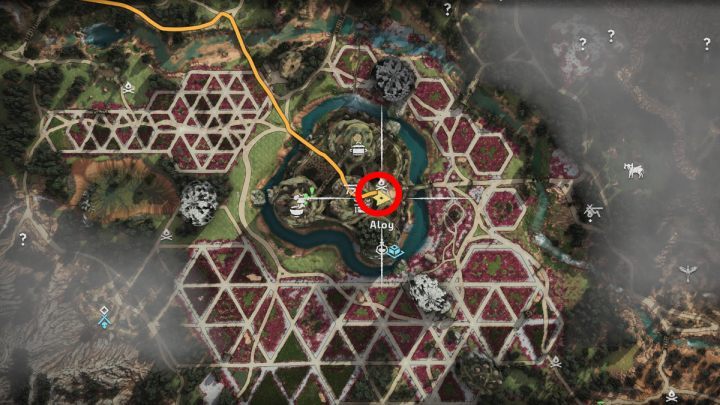 Listen to Rumor about the Veteran 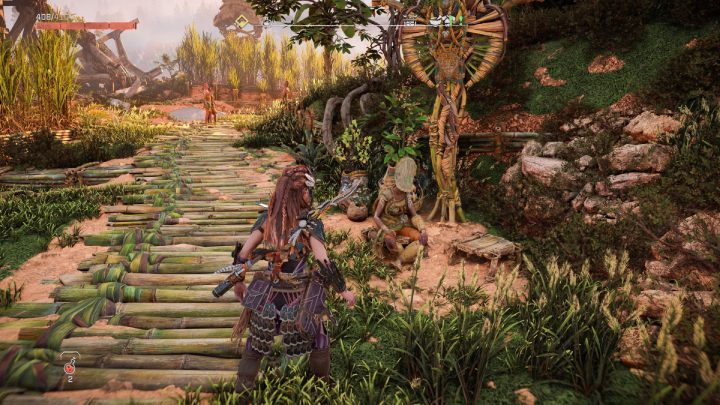 Talk to a woman named Kin, who sits near the campfire in the Plainsong settlement. 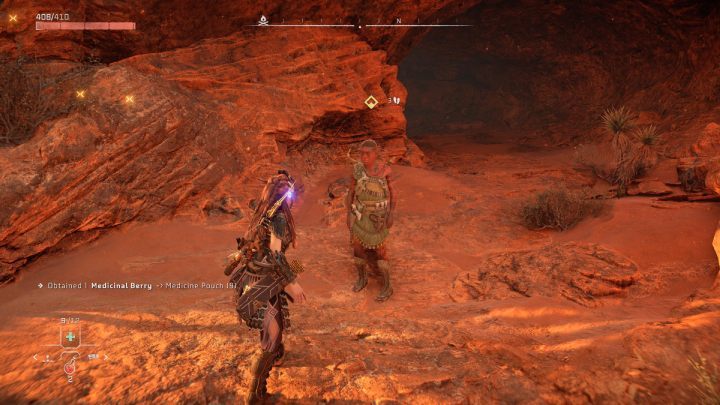 Go to the designated spot between the Carja and Stone's Echo camps and talk to the man standing outside the cave. 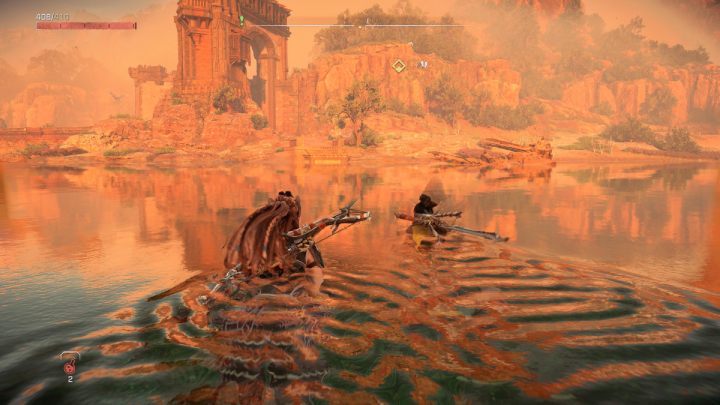 Follow Sokkora until you reach the riverbank and then enter the fort area. 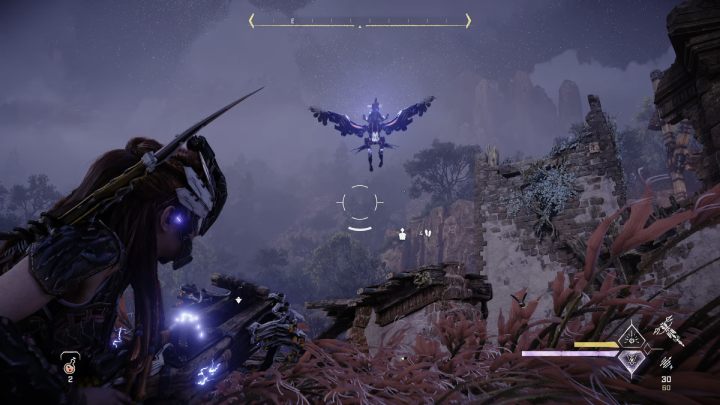 Hiding in the tall grass, kill the Burrowers first and then deal with the two Frost Glinthawks. These machines are weak against shock damage, and the Shock Boltblaster is the best weapon to eliminate them quickly. A few bullets will immobilize the machine for a while, and you will be able to deal a critical hit to it.

Talk to Jaxx and Sokorra (optional) 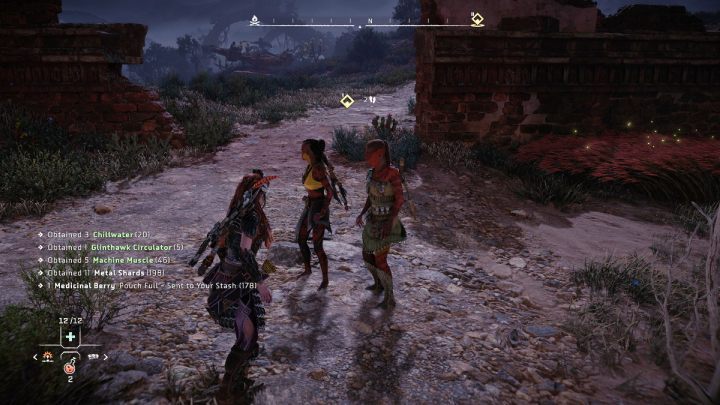 Once you have destroyed all the machines, talk to Jaxx and Sokorra. 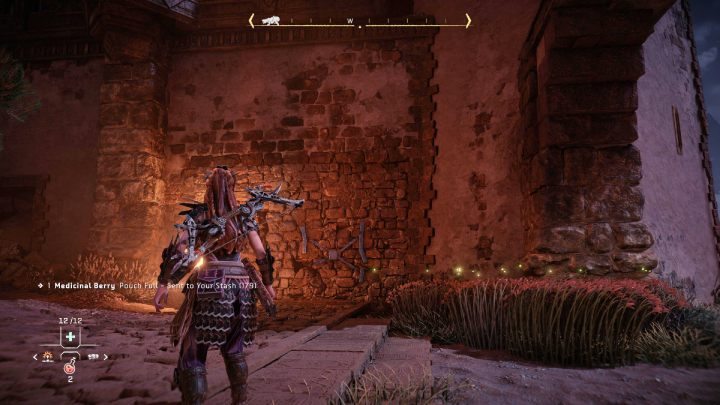 Pull out the blue object from the wall at the back of the building to get inside the fort. 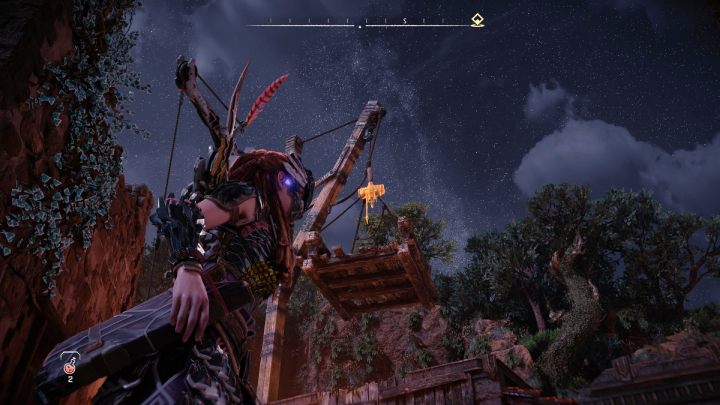 Go to the next room and jump on the ladder to get to the higher level. Then go out to the courtyard and climb the wooden stairs.

There will be a crate in one of the buildings. Aloy will spot it through an open window. Scan the area and shoot down the rope with a wooden platform attached to it. 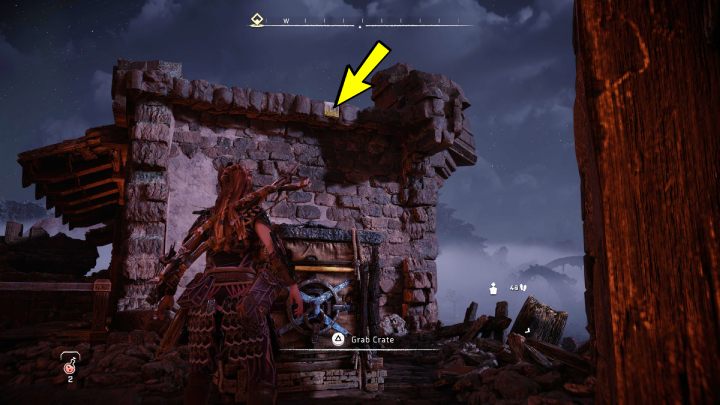 Move the crate to the building wall with the yellow brick under the roof and jump to the top. Go forward, turn left and jump into the next part of the fortification. Pull yourself to the grapple at the top, move to the left on the yellow board and enter the terrace. 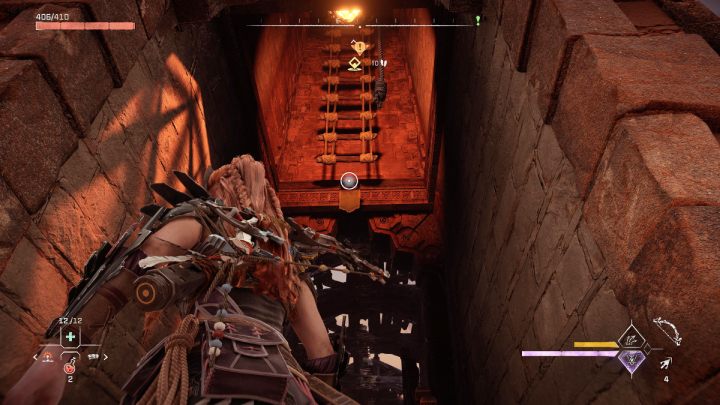 Go to the end of the room, pull yourself to the grapple and climb the ladder to the top. Open the supply chest and leave the fort.

Find Jaxx and Sokorra and kill the machines 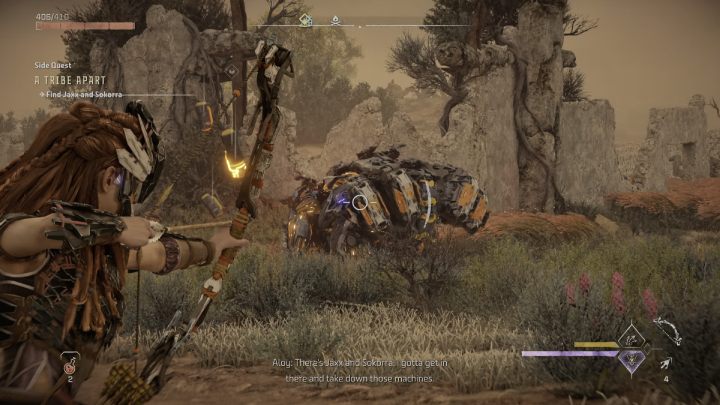 Catch up with Jaxx and Sokorra and kill the 3 machines that attack them.

Talk to Jaxx and Sokorra 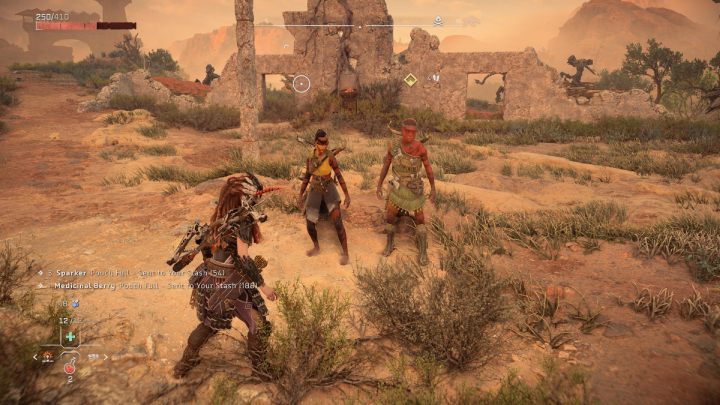 After eliminating the threat, talk to Jaxx and Sokorra. 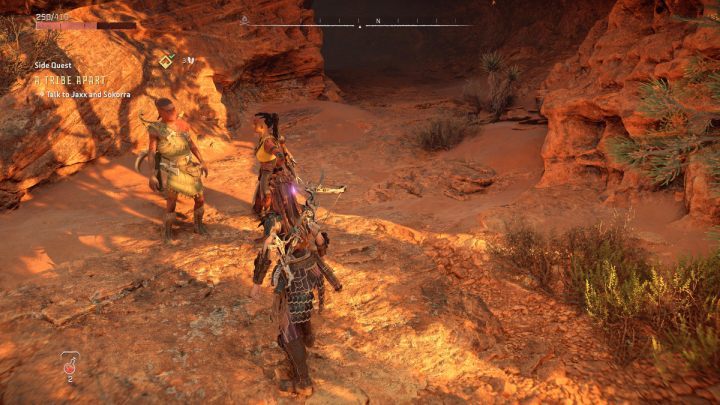 Finally, return to the cave between the Carja and Stone Echo camps.