On this page of the guide to Horizon Forbidden West you'll find a walkthrough of The Deluge side quest. We explain how to rescue survivors from the sunken village, where to find the waterfall source in the Gouge and how to obtain the Tenakth Vindicator outfit. 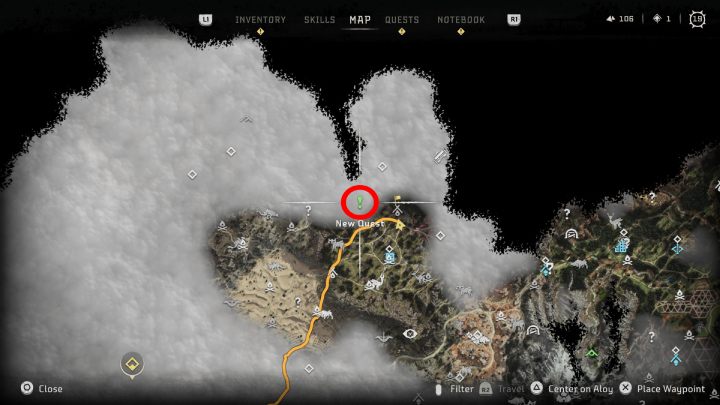 You unlock this quest by approaching the destroyed village north of Scalding Spear.

Talk to the Survivors 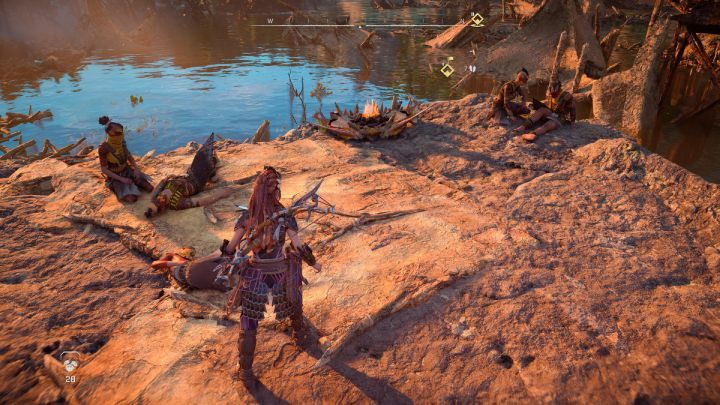 Talk to the survivors sitting at the shore.

Rescue the Survivors Trapped on the Cliffs 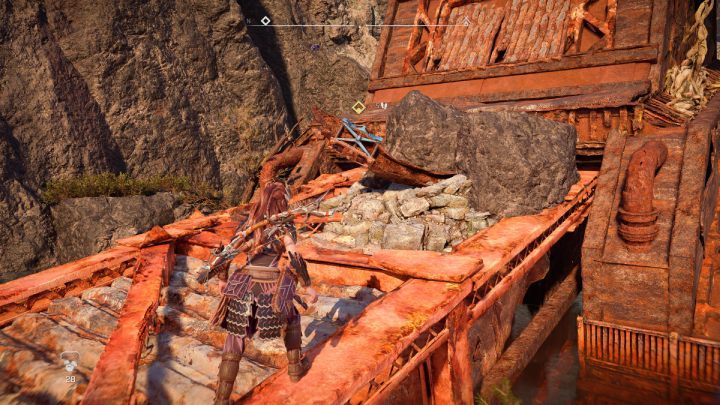 Use your Pullcaster to pull out the metal bar with blue elements. Then dive into the water, scan the area and ignite the firegleam on the left side of the crane. 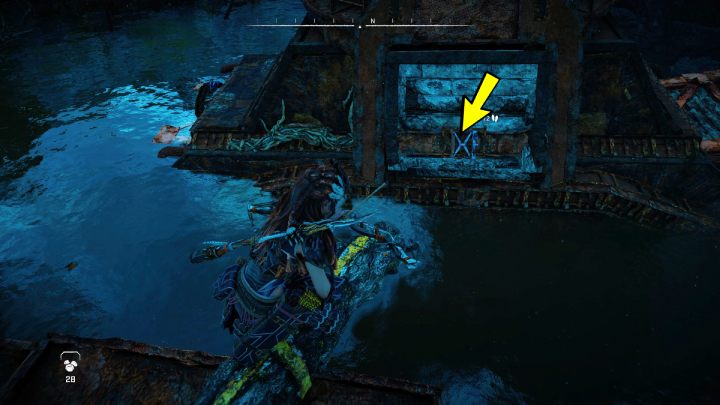 Climb up to the highest part of the metal structure near the crane and pull out the blocked part. Climb the ladders onto the crane, shoot the cables to lower the device and talk to the survivors.

Rescue the Survivors Trapped in the Metal Tower 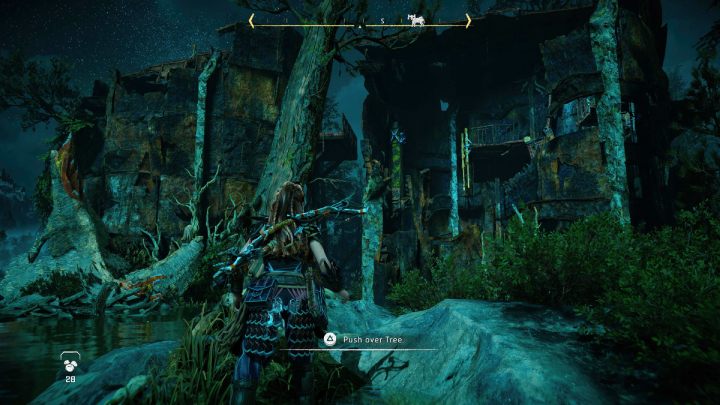 Swim up to the metal tower and knock over a tree to unlock the way inside. Scan the area and jump down onto the element highlighted in yellow. 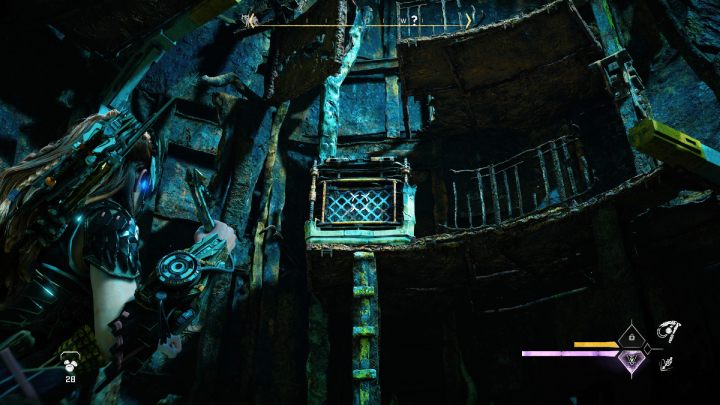 Use your Pullcaster to pull an element out of the wall and jump to the higher level of the tower. Stand on the part you just pulled out and pull out another element. 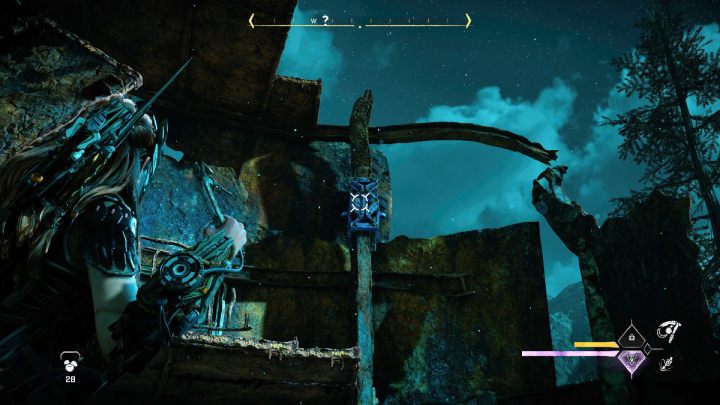 Climb the ladder to the top of the metal tower and jump to the roof of a nearby building. Jump down through a hole in the roof to enter the flooded room and talk to survivors. 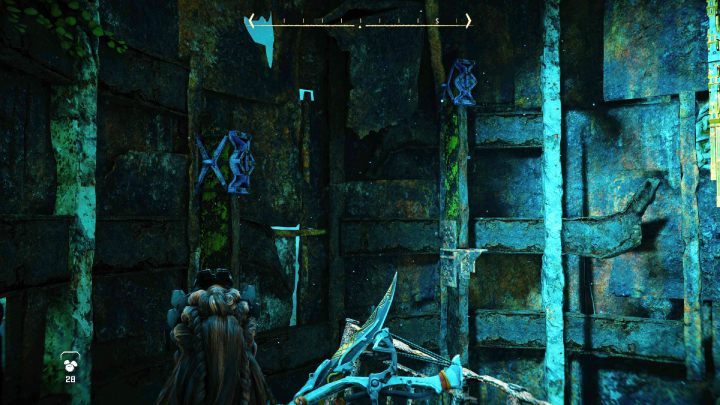 Search the Ruined Village for Survivors 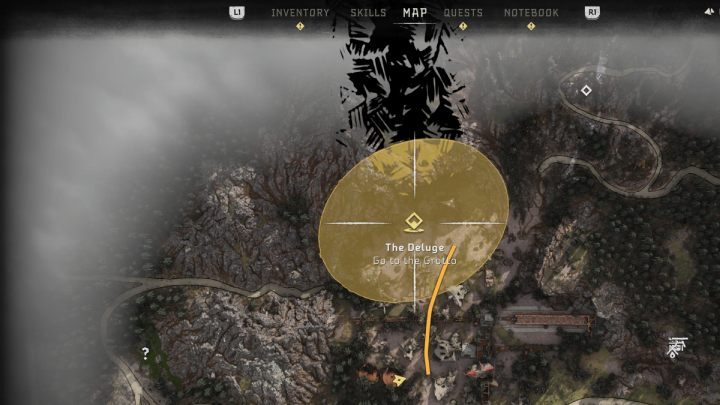 Swim up to the cave near the upper part of the sunken village and kill the Burrowers patrolling the area.

Rescue the Survivors Trapped on the Watchtower 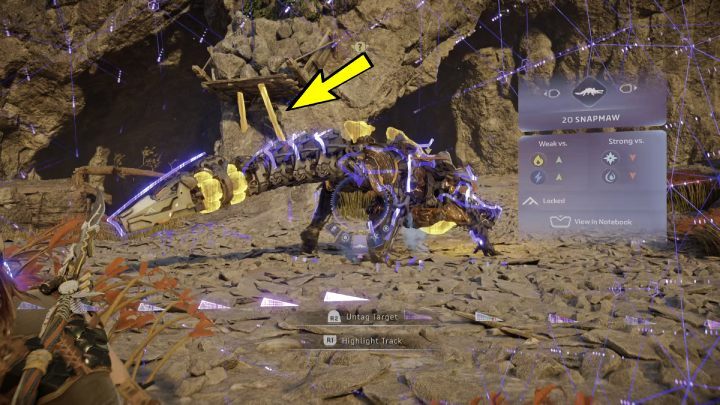 To quickly dispatch the remaining machines shoot the beams attached to the rock when the Snapmaw is walking past them. Then finish it off with fire arrows, bombs or weapons dealing shock damage.

After neutralizing the threat talk to the survivors as they come down from the watchtower. 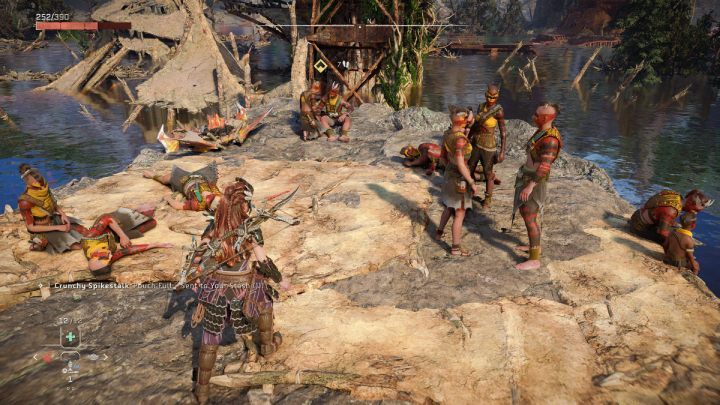 Talk to Natikka in the southern area of the village.

Go to the Gouge and Clear the Debris 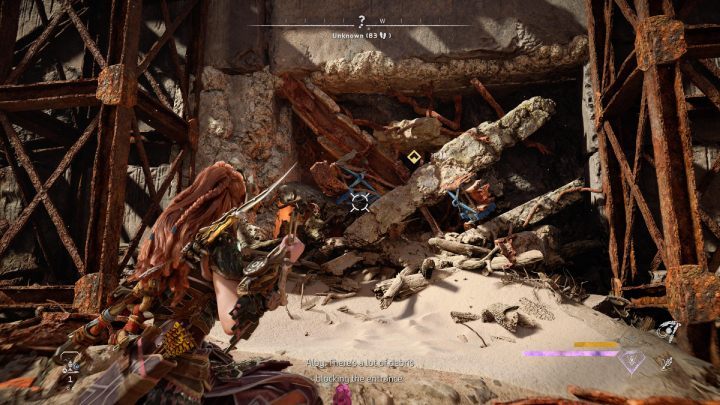 Go to the marked spot in the western area of the village and pull out some blue objects to clear the debris blocking the way to the Gouge.

Enter the Gouge and Talk to Kentokk 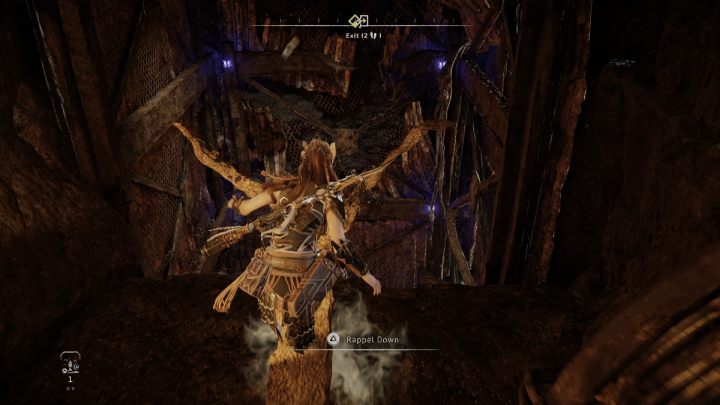 Enter the cave through the small opening, jump down and talk to Kentokk.

Find the Source of the Waterfall 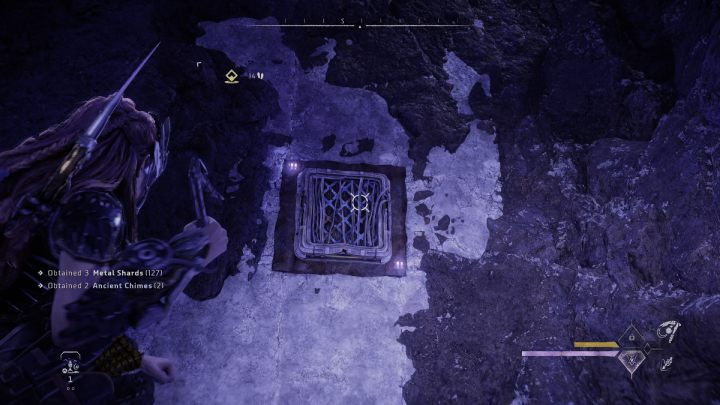 Jump up and pull yourself towards a protruding concrete beam. Use your Pullcaster to pull out a metal element from the wall and jump into the tunnel. Force open the door on the other side of the tunnel and proceed. 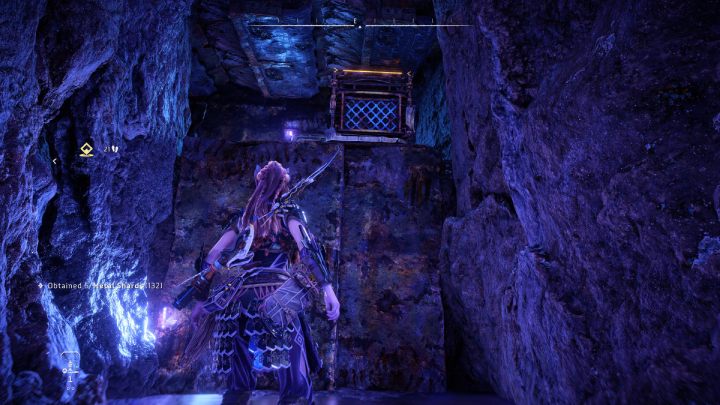 Turn left and pull a crate closer, then use it to get to the upper level. Go left, scan the area and drop down on a rock ledge. Jump onto the next element behind you.

Scan the area again and climb the metal structure to an upper level. 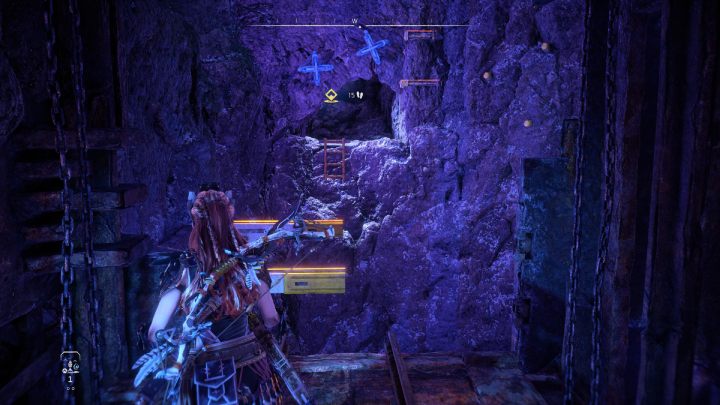 Jump onto the metal beams and pull out two blue elements from the rock. Then jump up and pull yourself towards the handle. Move right, along the wall, until you reach a tunnel with rails. Follow the tunnel and jump to the next room, leading to an upper level. 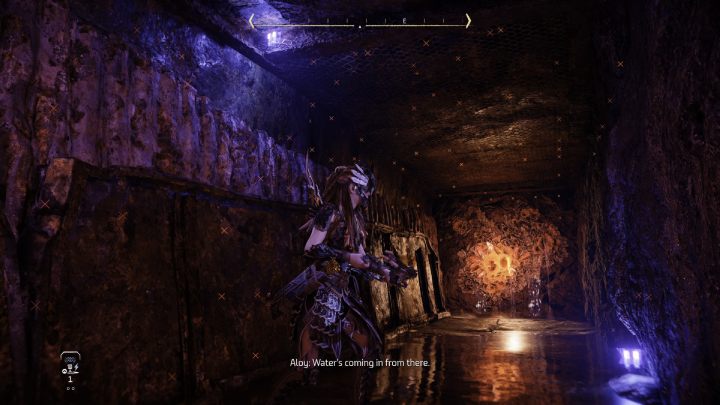 Finally, ignite the firegleam to leave the cave.