On this page of the guide to Horizon 2 Forbidden West you'll find a walkthrough of the boss fight against Erik - a Zenith encountered during the Singularity main quest. You'll learn about Erik's unique attacks, how to avoid them, what his weaknesses are and how you should approach the fight. 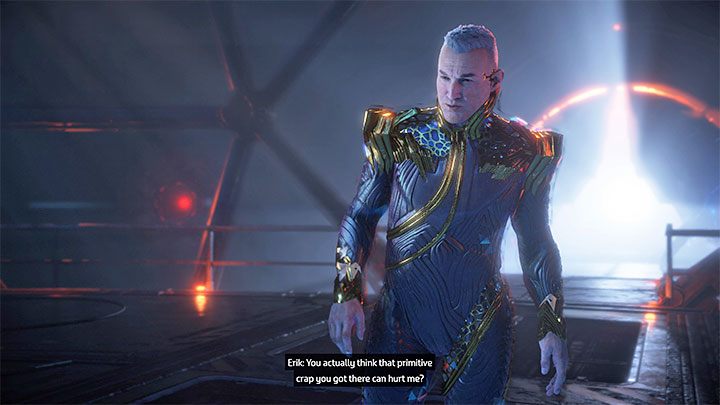 Erik is one of the Zeniths, the main antagonists of Horizon Forbidden West. You first meet him during the Death's Door main quest, although during this encounter he's invulnerable and sees your duel as entertainment. During this fight you must find a way to escape the room Erik's in, which we described in our walkthrough.

Confronting Erik during the finale 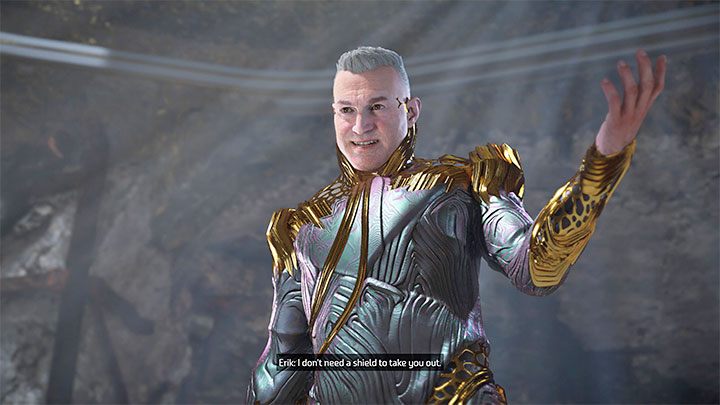 You'll face Erik in a proper duel during the game's finale, the Singularity quest. The fight takes place shortly after the Zeniths lose their shields and become vulnerable. Erik will appear once you try using the elevator leading to the top of the tower, stopping you from progressing further. 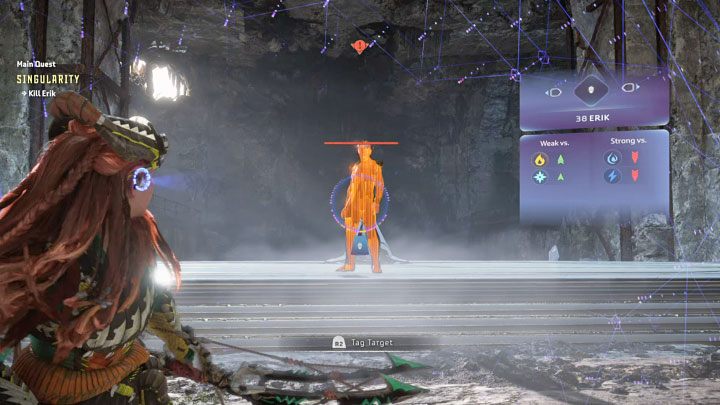 He may not be a machine, but you should still use your Focus on Erik. You'll learn his armor is weak against fire and frost. Use proper elemental ammo on him, if you can. Traps aren't very useful against Erik, as he's very agile and can easily attack Aloy while she's trying to set them up.

Equip Aloy with a shock-resistant outfit if you can, as this is the main element your opponent uses. 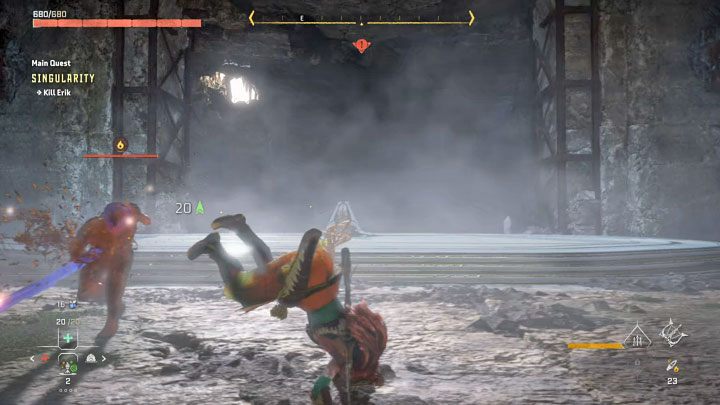 For most of the duel Erik will try to fight you in melee, constantly chasing you. This means you should sprint and dodge often to avoid his quick melee strikes. These include forward thrusts and spin attacks, all of which can easily hit Aloy. 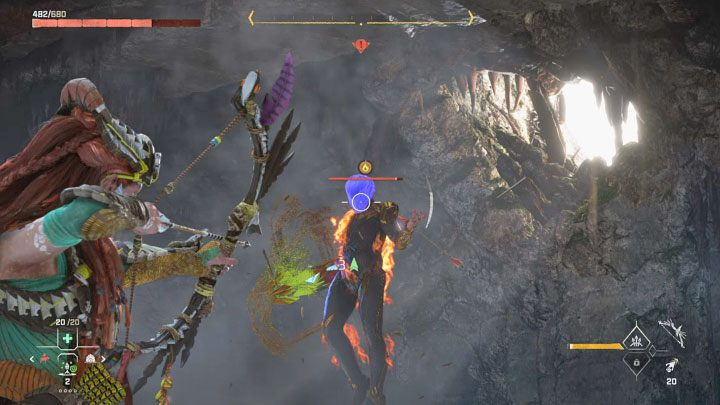 Erik can also levitate to execute some very dangerous moves. He'll generate shockwaves or shoot at Aloy from a distance. Depending on the attack he uses, either back away from him or hide behind cover. 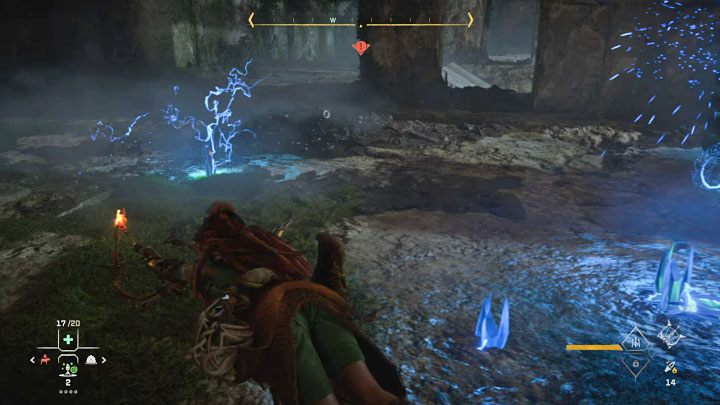 Some of Erik's attacks work similarly to traps, which means they pose a threat even after he's done executing them. You should move away from trapped areas and continue your onslaught from elsewhere. 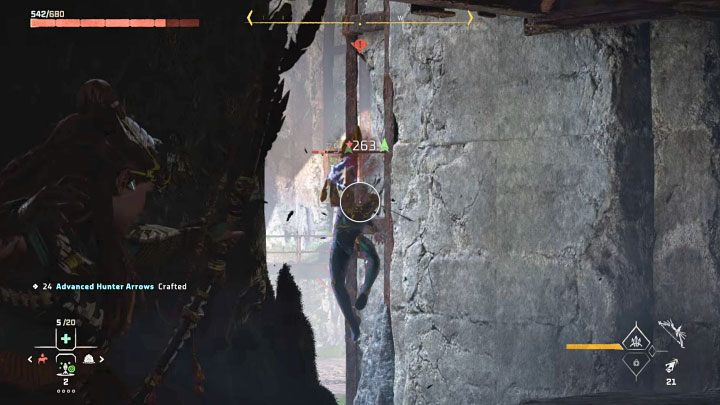 Throughout the duel rely on fire and frost - your main objective should be getting rid of Erik's helmet, so always aim for the upper part of his armor. After he loses his headgear keep shooting him in the head to quickly drain his health.