This page of the Horizon Foribdden West game guide contains a walkthrough of The Roots That Bind side quest. We explain where to find the starting point of the mission, how to climb to the top of the Drumroot and how to collect the Metal Pods from the Widemaw. 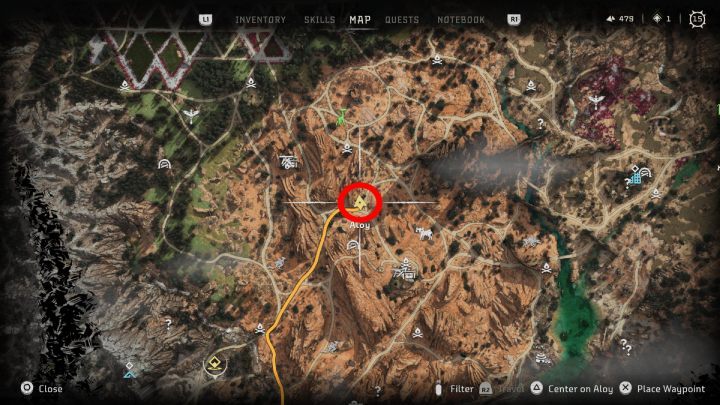 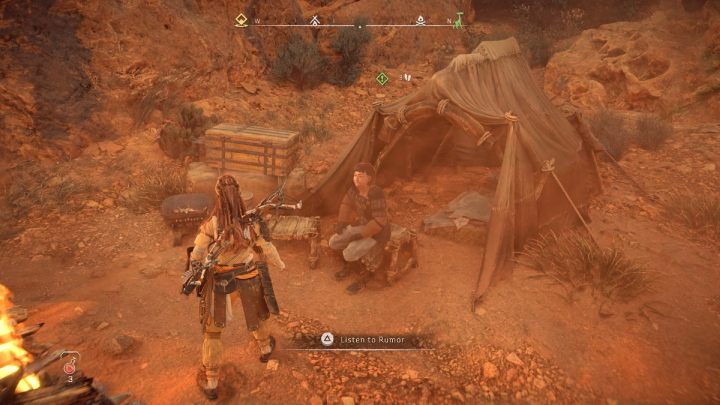 Listen to the woman gossiping at the campfire north of the Stone's Echo settlement. 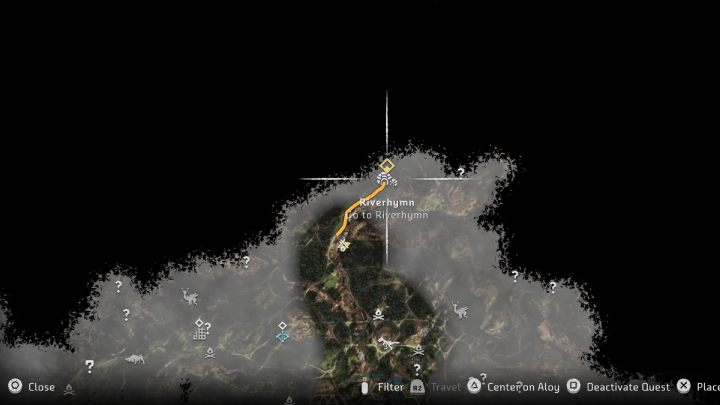 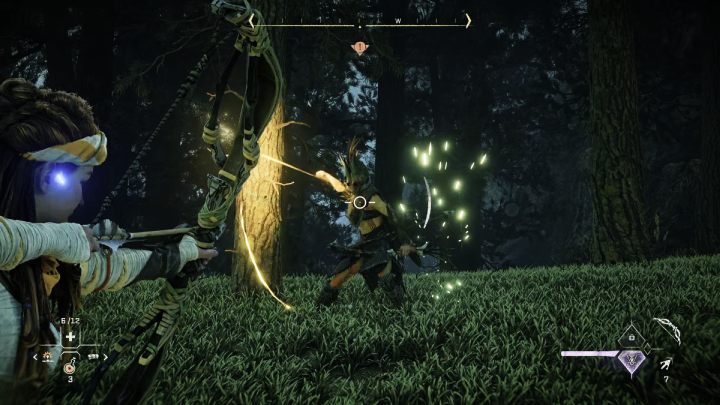 As soon as you arrive, assist the settlers who are being attacked and eliminate any rebels. Each opponent will have a ranged weapon. Hide behind boulders and aim for enemies' heads. 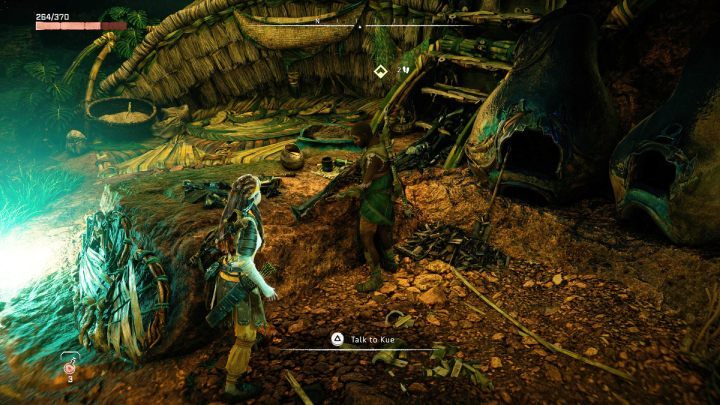 Go to the Top of the Drumroot 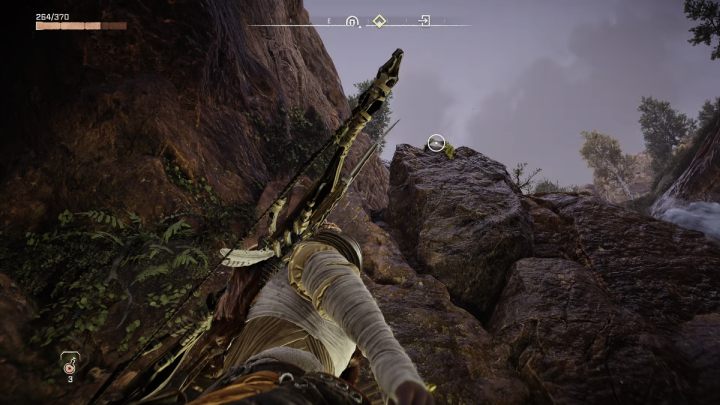 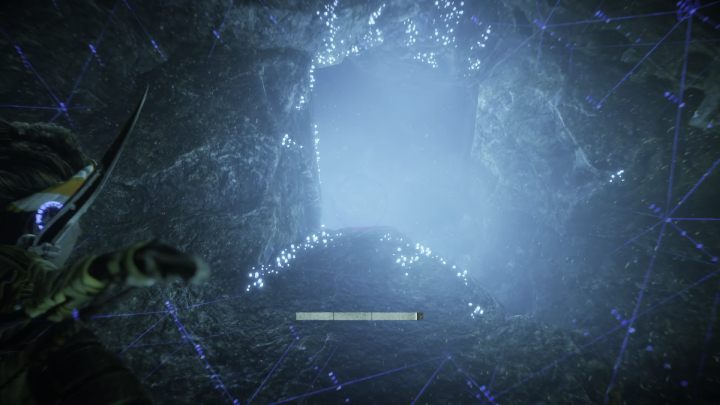 Turn left and climb the taller rock ledge. Nearby, you can use the pullcaster to pull down a crate with some items. Then jump into the water, dive in and swim through the tunnel to the next part of the cave. 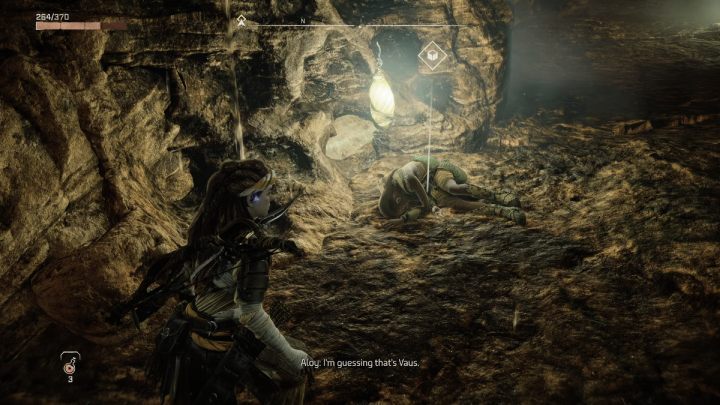 When you reach the surface, examine the man's body and take his seeds. Follow the lanterns further until you reach the room with the machines. Kill the few Burrowers patrolling the area and climb the rock to the upper level of the cave. Walk down the hallway with the lanterns and jump down next to the supply crate. 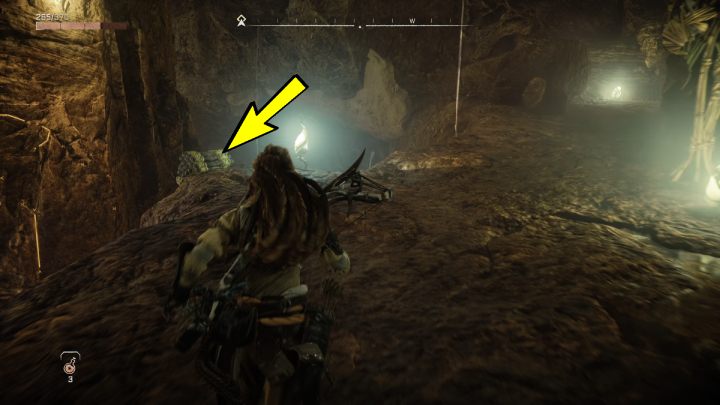 Follow the tunnel and on the way, pick up the green crystal in the hallway on the left. When you emerge from the tunnel, you will be standing on a ledge above a lake.

Drop the ladder down, scan the area and jump to the opposite rock. Go around the rock and stand on the rock ledge by the lantern. Then use the shield-wing to reach the next rock. 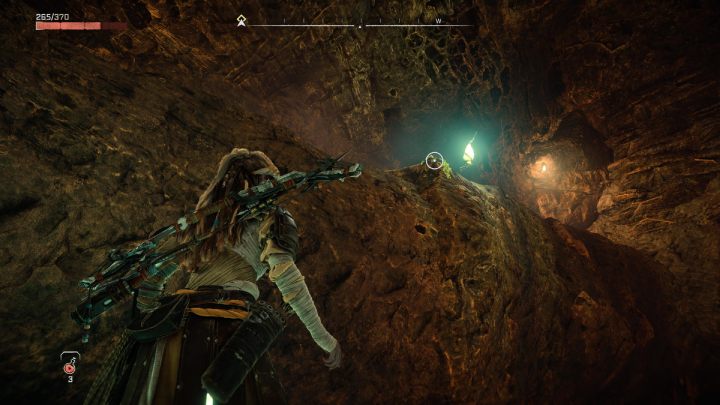 Look up and reach the handle. Walk up to the lantern attached to the wall and scan the area. Jump up on the wall and follow the yellow lines to the upper level of the cave. 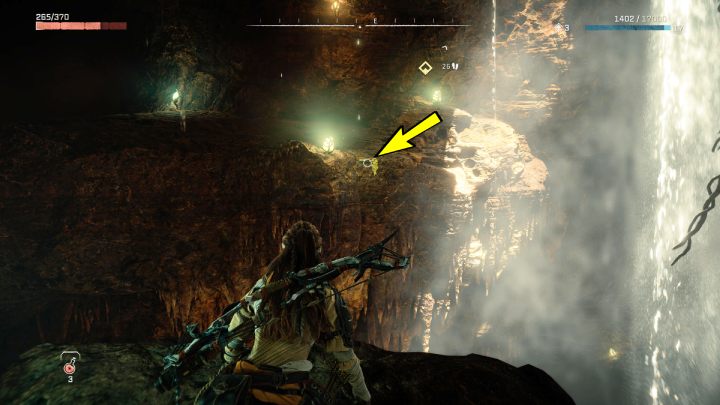 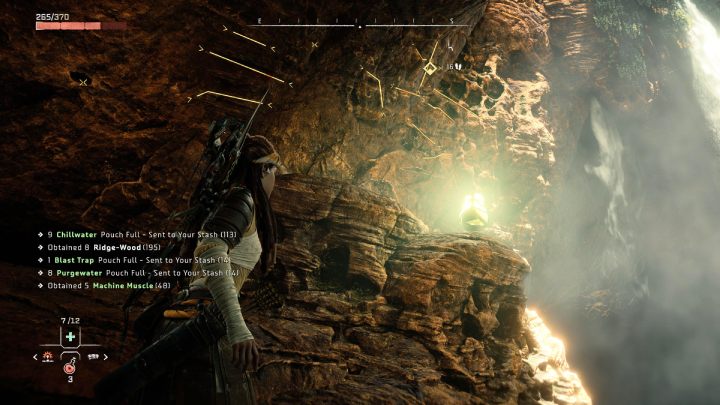 Stand on the edge of the board and fly to the top of the rock. Then jump forward and pull yourself to the handle on the opposite rock. Scan the area and climb the yellow lines. When you come out of the cave, approach the small lake.

After arriving at your destination, the first thing you should do is eliminate the Burrower machines that are monitoring the area. 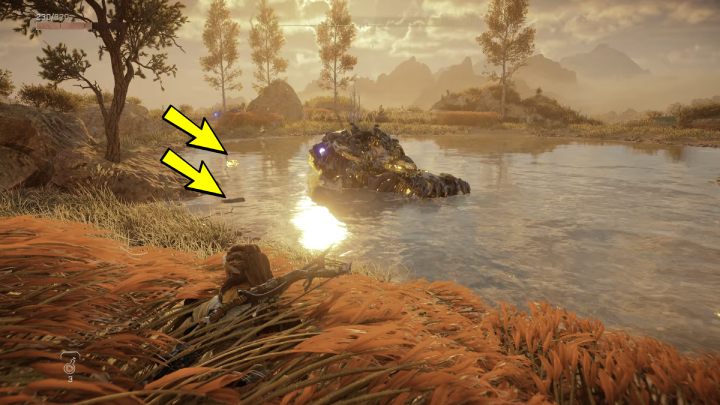 Collect 6 metal pods, which are being scattered by the Widemaw. You can either wait for the machine to leave and collect the required items while stealthed, or you can kill the Widemaw, who will drop 3 of the pods. You'll find another Widemaw on the other side of the lake, strolling. 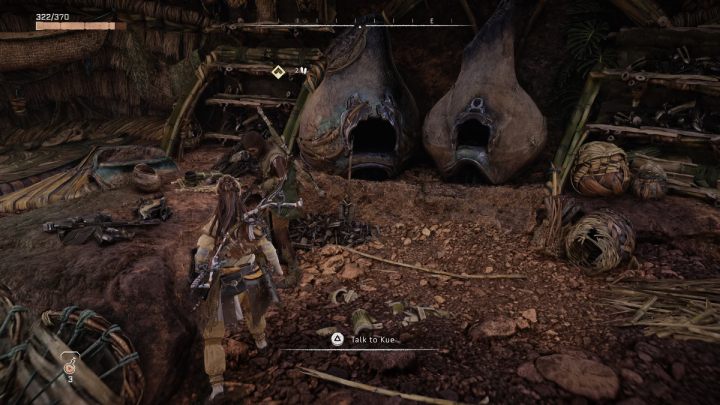 Use the fast travel pack to teleport to the campfire where Kue is waiting and talk to him. 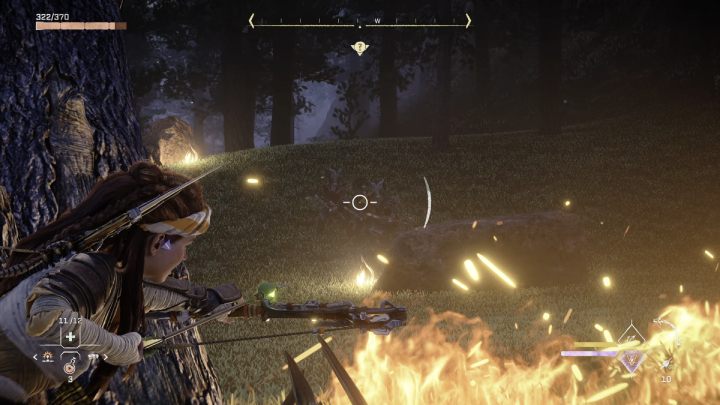 Finally, kill any rebels that are about to attack the village. After a while, several machines will appear. Target their weak spots to quickly dispose of the enemies and save Riverhymn.