This page of the Horizon Forbidden West game guide contains a walkthrough of The Burning Blooms side quest. We explain how to find the tracks and how to defeat the Shellsnapper. 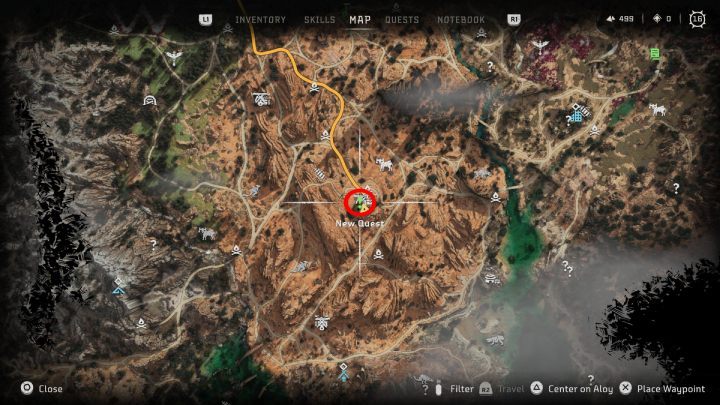 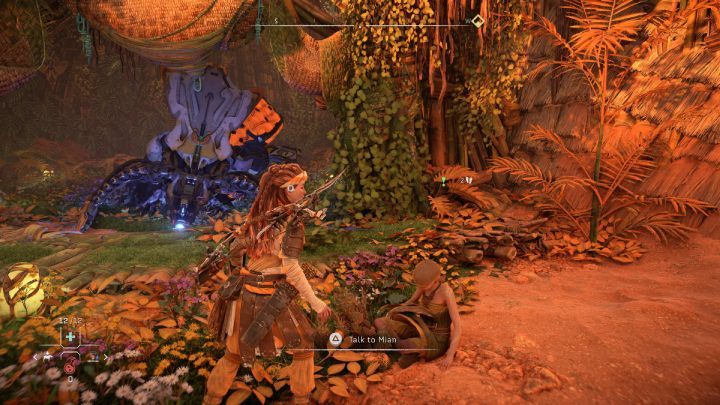 This quest is unlocked after completing the 5th main quest, Death's Door. Talk to the girl named Mian in the Stone's Echo settlement. 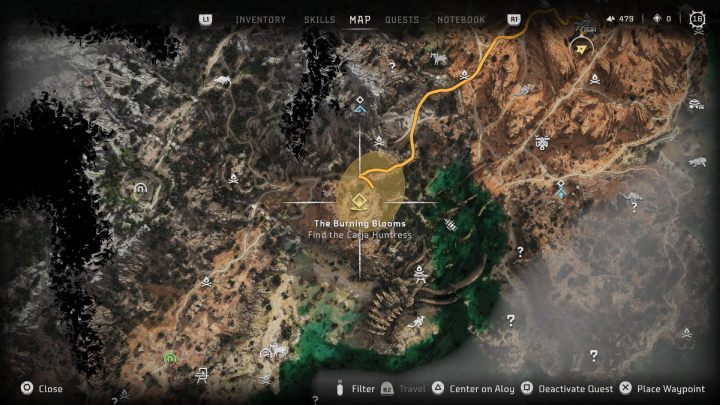 Head to the designated location southwest of the Stone's Echo settlement. 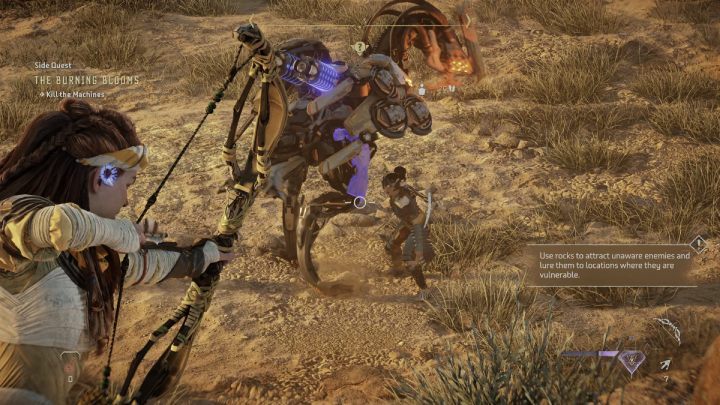 Once there, help Talanah and kill the attacking machines. The Leaplasher will be knocked down if you hit the weak spots on its legs. Then run up quickly to the machine and deal it a critical hit. 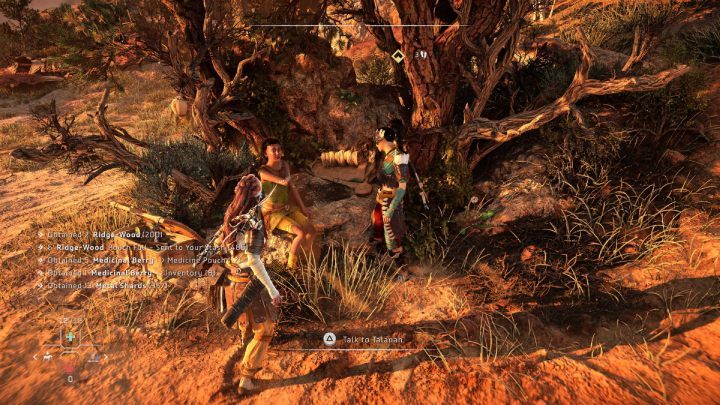 After eliminating the threat, talk to Talanah. Once the conversation is over, follow the girl to the battlefield. 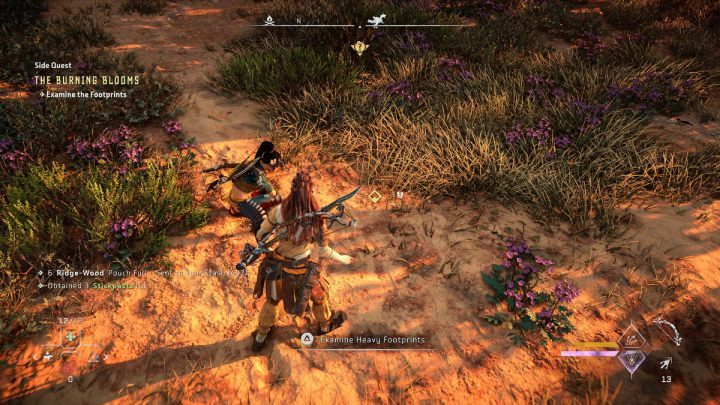 First, investigate the footprints on the battlefield. 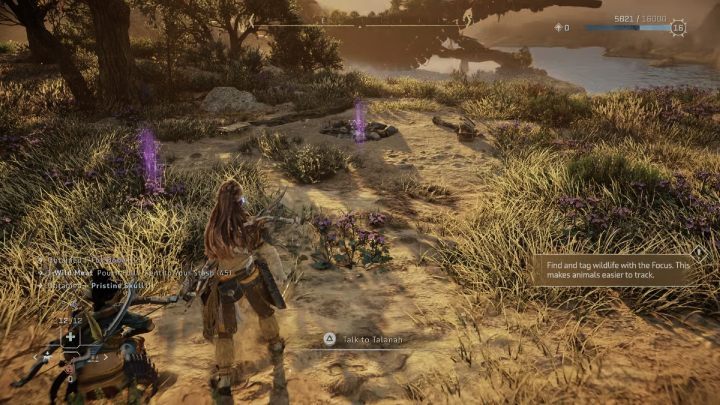 Scan the area and examine the weapons lying in the grass, the campfire, and the footprints farther east of the campfire. Turn on focus mode and highlight the tracks you found. Follow the footprints along the path to a nearby hill. 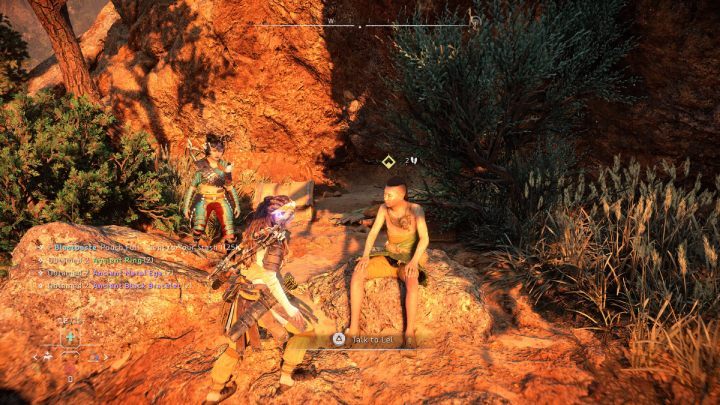 Talk to the man sitting on the rock.

Go to the Western Ridge 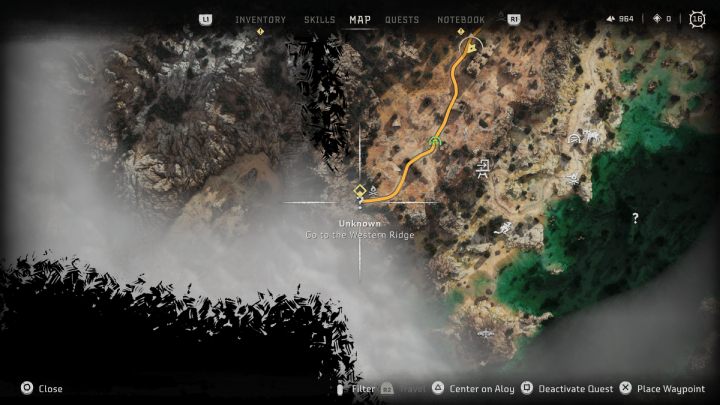 Follow the road west until you reach the ridge that Lel spoke of. 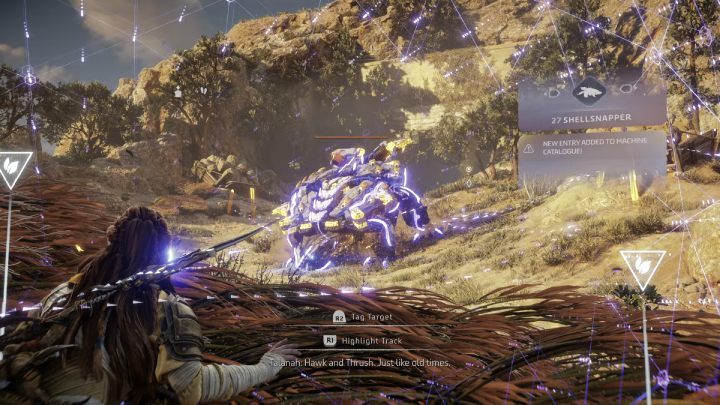 Before reaching the ridge, the Shellsnapper will stand in your way. This machine is vulnerable to fire and acid damage. Shoot a few acid arrows first, then switch to the Explosive Blasting weapon and use bombs. Try to land hits on the machine's weak spots to deal as much damage as possible.

The Shellsnapper will sometimes hide underground before suddenly leaping out and trying to pounce on you. When this happens, dodge and quickly retaliate with your spear.

The Shellsnapper deals ice damage, so it's a good idea to quickly glance at your inventory and equip the right outfit for the occasion - one that provides a bonus to ice protection. 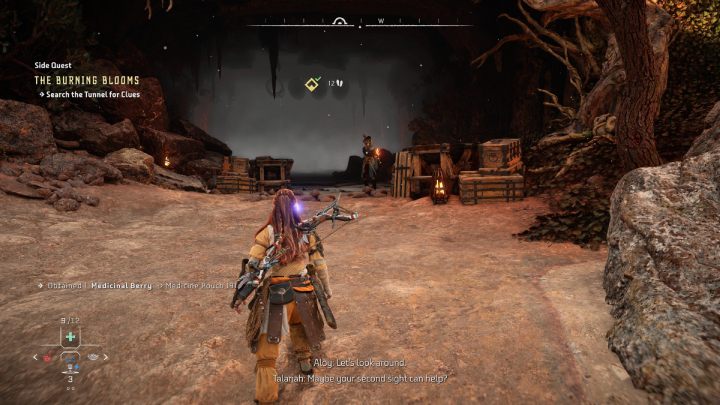 Once you defeat the machine, follow Tanalah and enter the tunnel.

Search the Tunnel for Clues 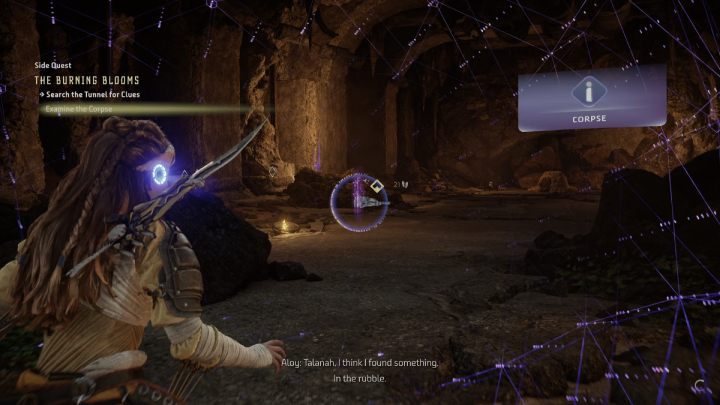 Activate focus mode and examine the body covered by the pile of rocks.