This page of the Horizon 2 Forbidden West game guide contains a walkthrough of the What Was Lost side quest. This is a personal quest commissioned by your companion, Kotallo. The following guide explains how to initiate Kotallo's quest, how to return to the Zenith lab, how to defeat the specters, where to find the Zenith parts, how to build the prosthetic arm and how to defeat the Scorcher. 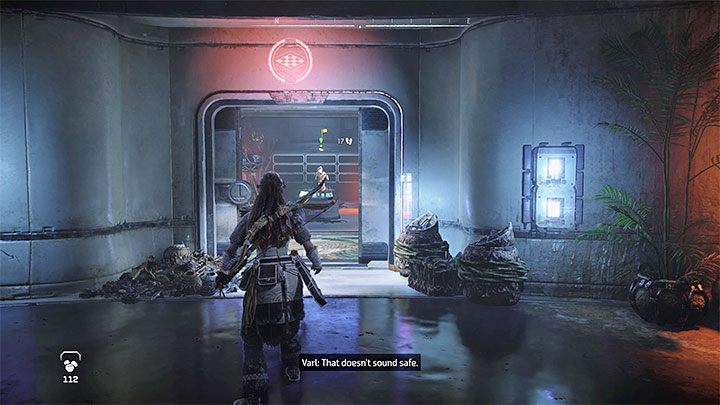 Kotallo will give you this quest. You'll be able to start it once you've unlocked the Tomb of Faro main quest. While in the Base, you should notice a green exclamation mark in Kotallo's room indicating an available side quest. 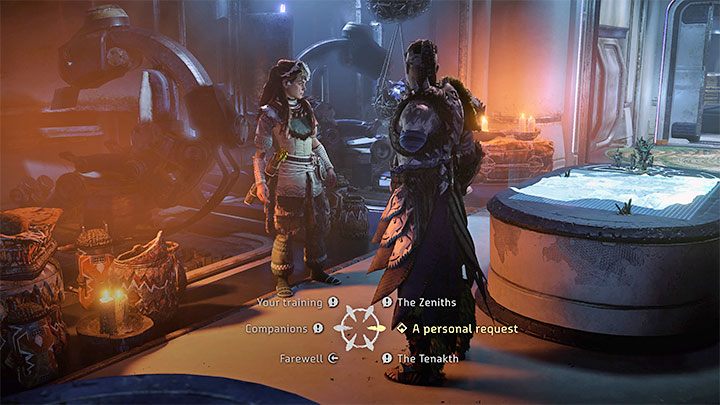 Talk to Kotallo and choose the personal request he wants to discuss with Aloy (the right dialogue option pictured above). This will initiate Kotallo's companion quest to build him a new mechanical arm.

The recommended level for this quest is 30 and the fights involved aren't especially challenging.

Go to the meeting place 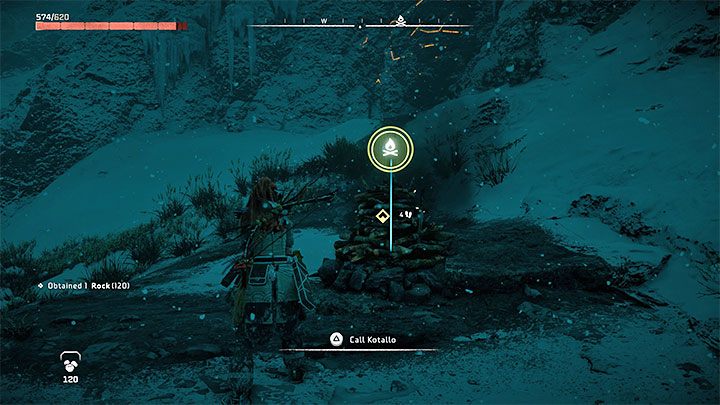 Use fast travel to move to the indicated campfire. It's located in the mountains next to the Ninmah Research Lab from which you freed Beta during the Cradle of Echoes main quest.

Once there, select the interaction option to contact Kotallo and ask him to arrive at this location. 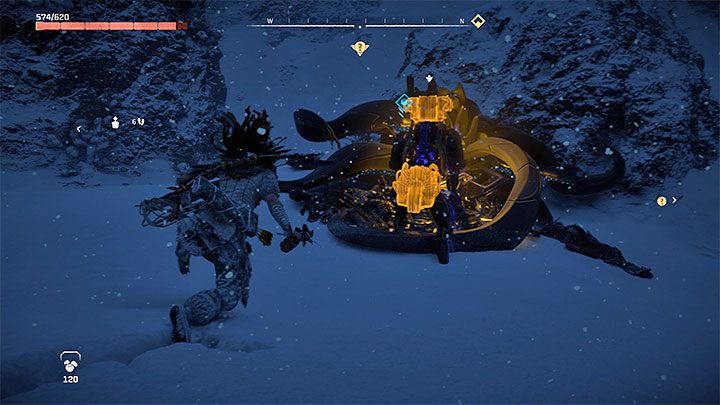 You'll encounter machines roving about the entrance to the underground laboratory, and you'll have to decide whether to battle them (a surprise attack is highly recommended), or avoid/distract them and sneak inside the hollowed-out tunnel. If you choose to fight, you can count on Kotallo's help.

Go to the storage room 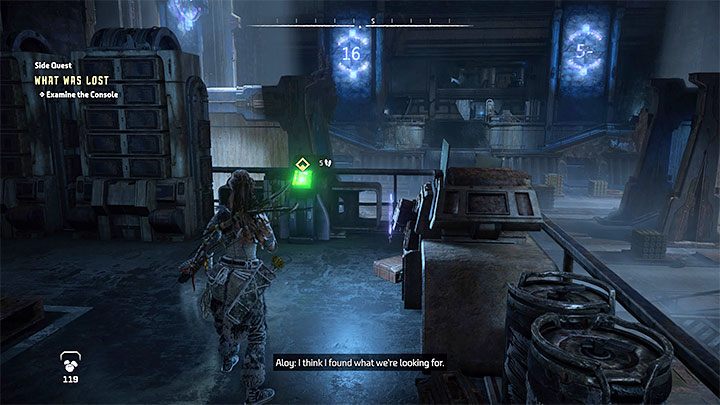 Expect to encounter more machines as you explore the lab. These fights won't be particularly difficult, although you might find some strong Apex opponents among them.

Your goal is to reach the same room where you previously opened the capsule containing Beta. You can ignore the code console this time. Instead, you'll find another active console near it. 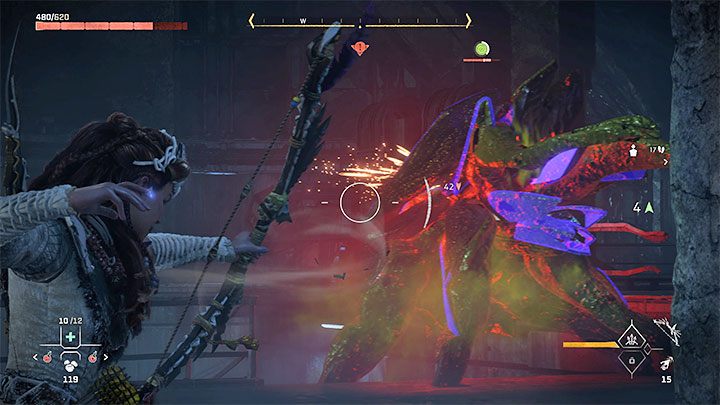 The fight against the Specters can be challenging since, unlike your previous visit to the lab, you'll be up against more than one of these elite machines at once.

As a reminder, the Specters are weak to acid and plasma. To avoid being attacked from afar or receiving damage in melee, stay on the move at all times. Try to focus on one Specter at a time. 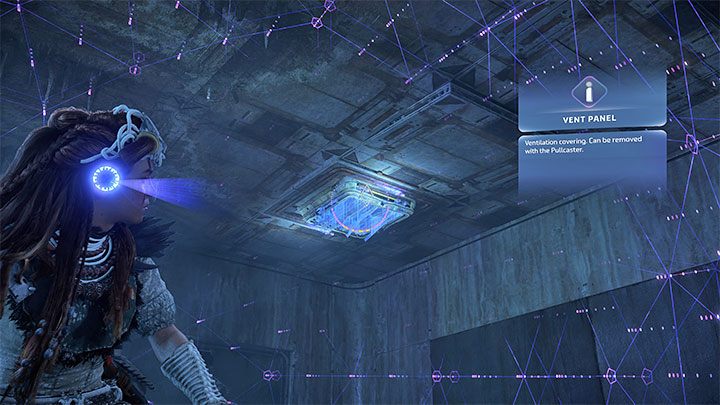 Continue exploring the laboratory. You'll get to use the grappling hook twice on the grids along the way, and we've pictured the section that's most difficult to spot in the attached image - you'll find it on the ceiling. Once you pull it out, you'll be able jump to the hole in the ceiling. 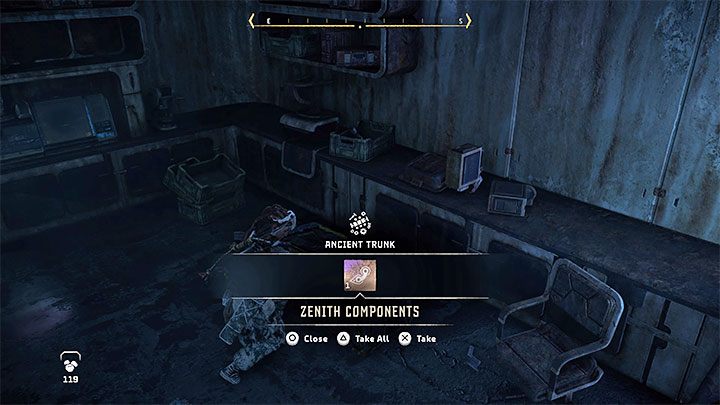 Going through the ventilation shafts will lead you to additional rooms with several containers. You'll need to use force to open the chest with the sought-after Zenith Components.

Give the components to Kotallo 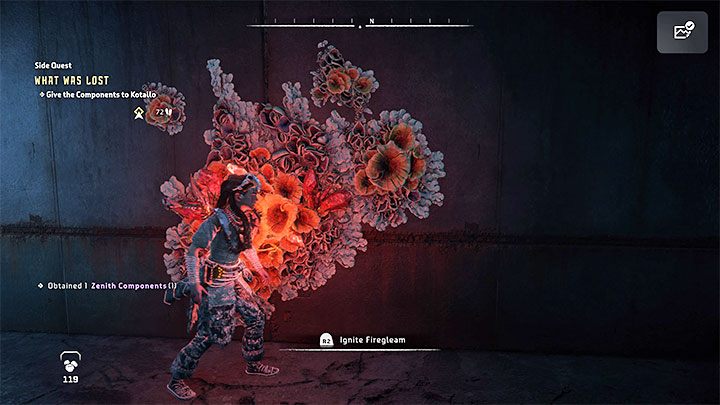 You can get out of the room with the chest by using the Igniter on the red flowers. After delivering the parts to your companion, you don't have to find your way back to the exit, instead you can fast travel right away.

Return to the Base and talk to Kotallo about his new arm. It will take time to build the prosthesis.

Wait for Kotallo to finish building the arm 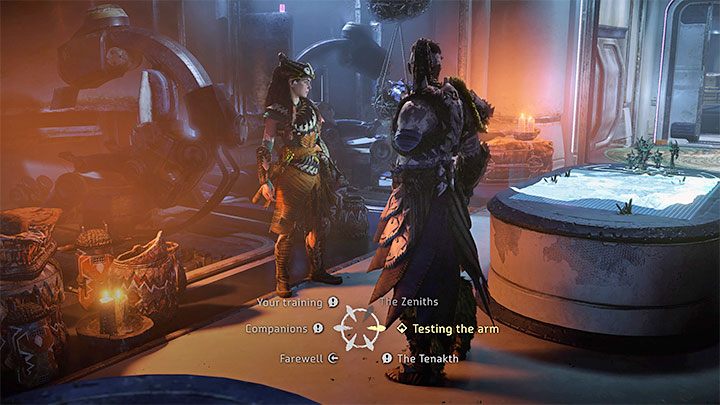 You'll be able to resume this quest after completing the Tomb of Faro main quest. Your journal will inform you about the opportunity to talk to your companion. Return to the Base and select the option to test out the new arm.

Go to the meeting place 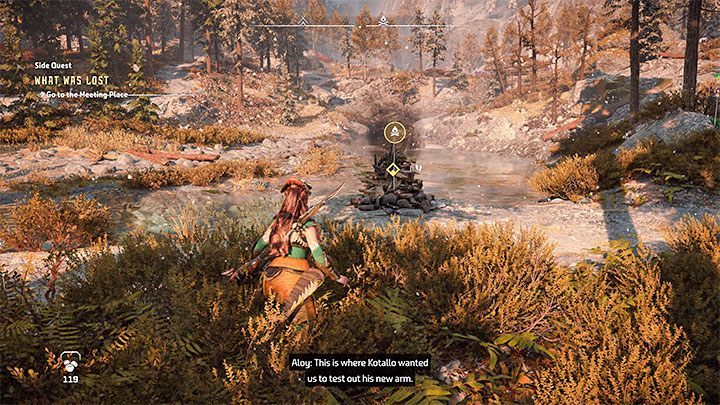 Kotallo will ask Aloy to meet him in the location where they faced the Tremortusk earlier in the main storyline. Use fast travel to reach the nearest campfire and once there, press the interaction button to summon Kotallo to said location. Follow Kotallo to the area where the prosthesis can be "tested out". 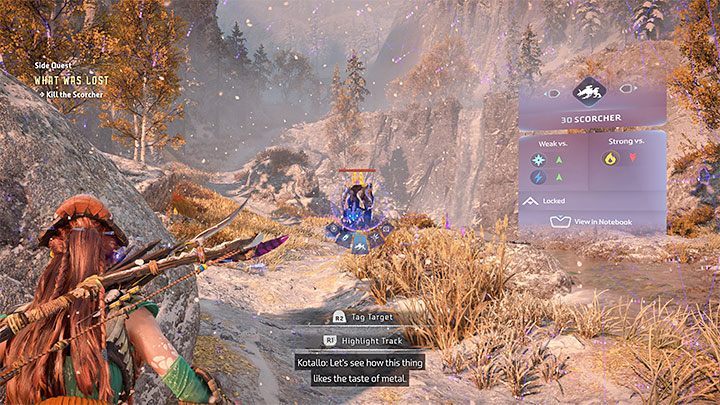 Kotallo will choose to test out his prosthesis on a specific machine, namely the Scorcher. It's a good idea to scan this machine to remind yourself of its weaknesses, i.e. frost and shock. 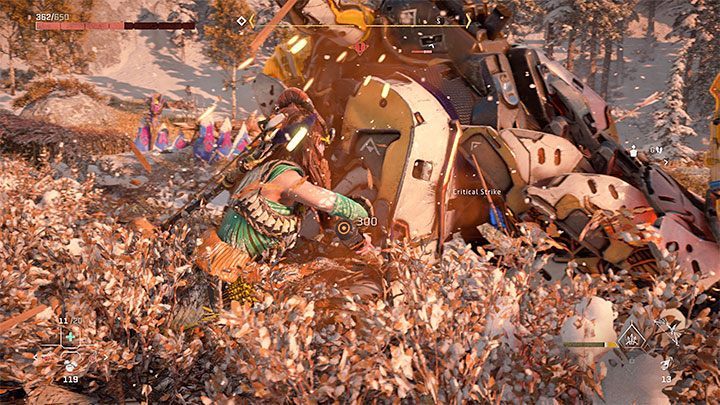 During the battle against the Scorcher, try to keep your distance to avoid its fire attacks. You can also try to target and destroy the components required to make these attacks. If your attacks manage to knock down the Scorcher, quickly run up to it to deal critical damage.

After winning the battle, complete the quest by listening to Kotallo's dialogue lines.