This page of the Horizon 2 Forbidden West game guide contains information about romances, such as whether Aloy can romance someone and if other characters in the game are involved in a romance.

There are some minor spoilers on the page. These concern several scenes involving relationships between characters and their potential romance. We avoided any major spoilers related to the main storyline. 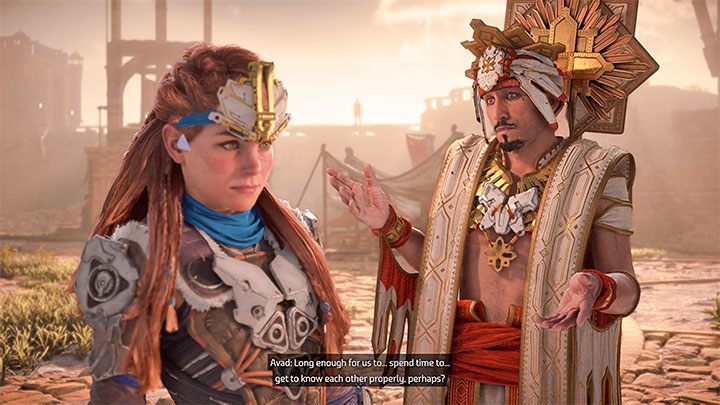 The most important information is that there are no "full-fledged" romances in Horizon Forbidden West and Aloy doesn't have the option to get involved with any of the characters she encounters. The main character focuses entirely on saving the world during her adventure. At the same time, the game doesn't specify her sexual preference, nor does it answer the question of whether she has been involved with anyone in the past.

During the second visit to the Meridian, the main character will meet Avad, a character from the first game. The man will openly propose to the main character to settle down in Meridian after she completes her quest to save the world so that they can get to know each other better. 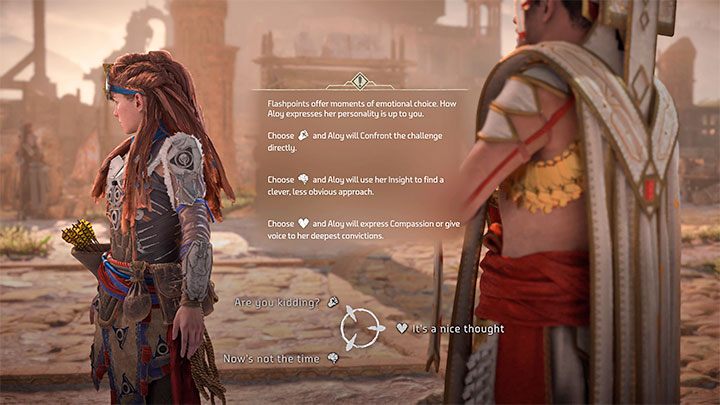 Surprisingly, the game will allow you to choose the main character's emotional response to this proposition. One of the options is marked with a heart icon, and you can give Avad hope for something more. Choosing this option, however, won't involve you in a relationship with Avad and has no consequences later in the game. 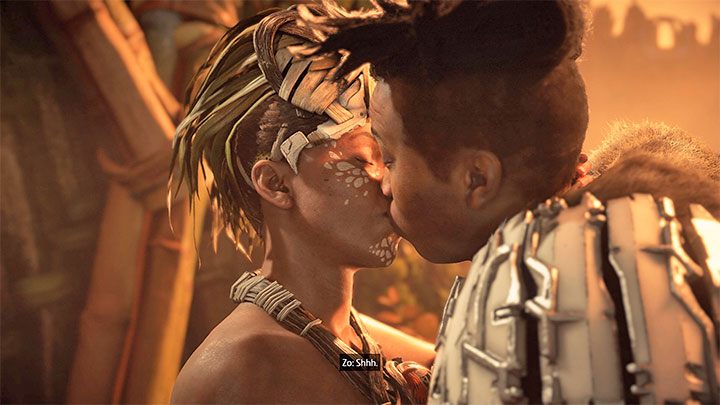 Aloy meets many different characters as she progresses through the game, some of which will become companions on her journey. Some of the people you encounter may be in a more or less happy relationship, while others are looking for their other half and may unexpectedly find it.

One of the storylines involves Varl's romance with Zo. The characters will become closer while Aloy is recovering from one of her expeditions. 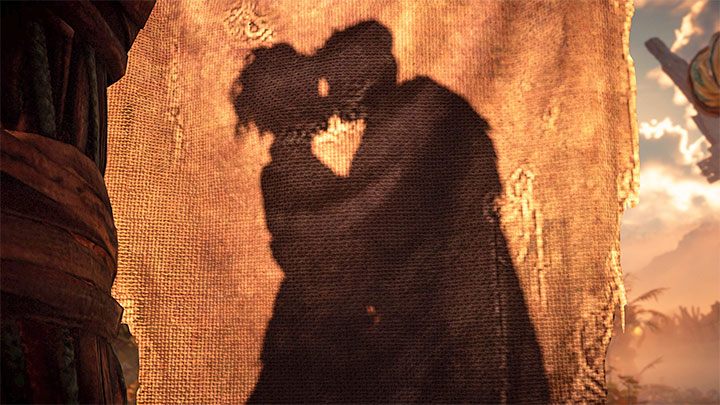 From cutscenes, you'll learn that Varl and Zo have feelings for each other and you'll be able to watch their relationship progress throughout the game, as well as talk to them and broach the subject of their relationship while returning to the Base (the team's hideout).