On this page of our Horizon Forbidden West guide you can find a walkthrough for The Kulrut story mission. The solution explains the preparations for The Kulrut event, how to defend against the machines at the northern barricade, how to defeat Slitherfang, where to find AETHER, and how to deliver it to GAIA in the Base. 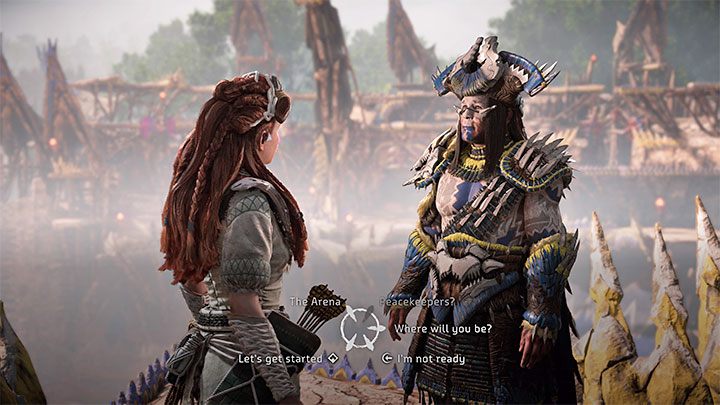 After returning to the Memorial Grove, the area visited in the previous story quest, go to meet Chief Hekarro, who is standing over the arena. During the conversation, you're free to ask additional questions. Confirm your readiness to enter the competition and use the opportunity to conduct an ambush. Before you embark to the northern barricade, consider replenishing your supplies, as some fighting and a boss encounter await you.

Go to the north barricade 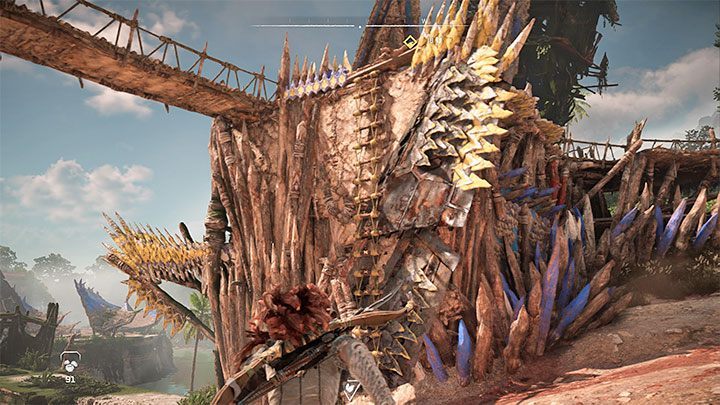 You need to circle the arena from the right and continue north to reach the barricade. Continue by climbing the ladder to reach the objective area. You should encounter Dekka - talk to her to receive a heavy weapon that will prove useful during the upcoming battle. 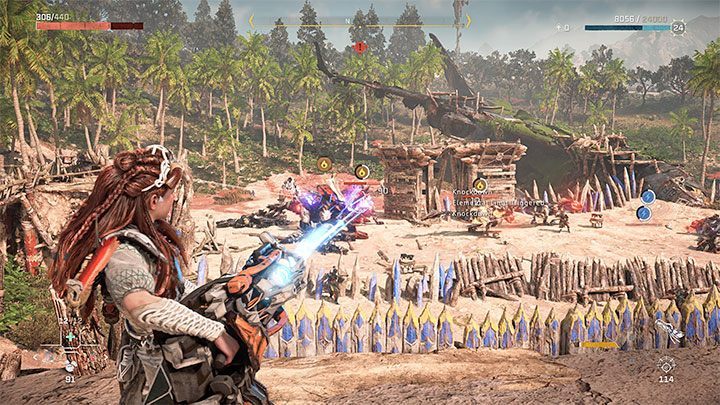 Once the fighting begins, use the received weapon to attack the machines below. Focus on those machines first that have ranged attacks and can hurt you. Taking damage from the machines may throw you off balance or make you drop the weapon (fortunately, you can pick it right back) 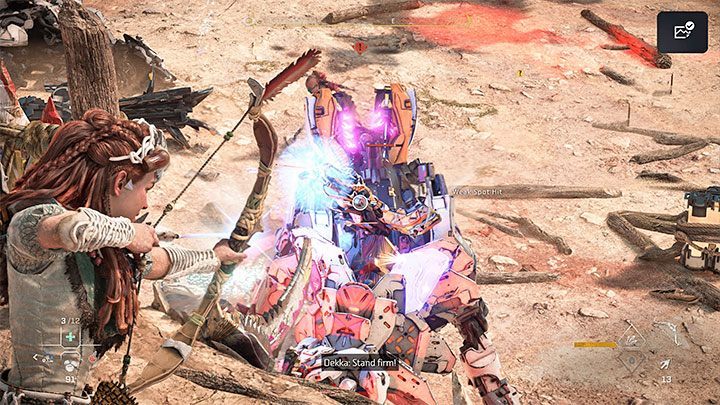 After you've depleted the ammo, switch to the bow or head left and pick up a fully charged machine weapon. The battle is interrupted by a cut-scene depicting the appearance of Regalia, accompanied by a Slitherfang. 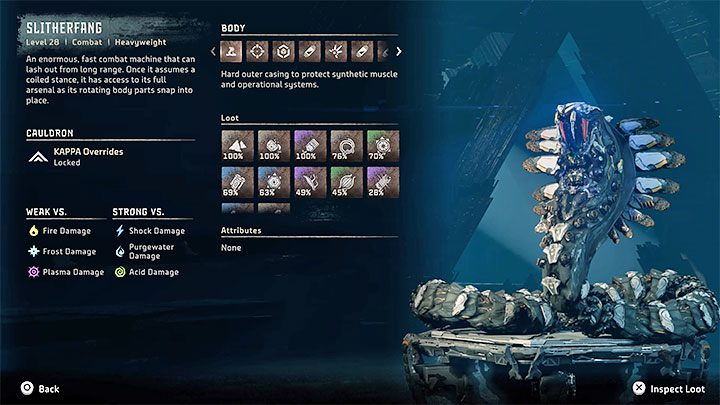 You've encountered a Slitherfang at the beginning of the game, but back then Aloy only had basic equipment and skills. Take a moment to revisit the Machine Catalogue to recall the boss's moveset, his resistances and weaknesses. 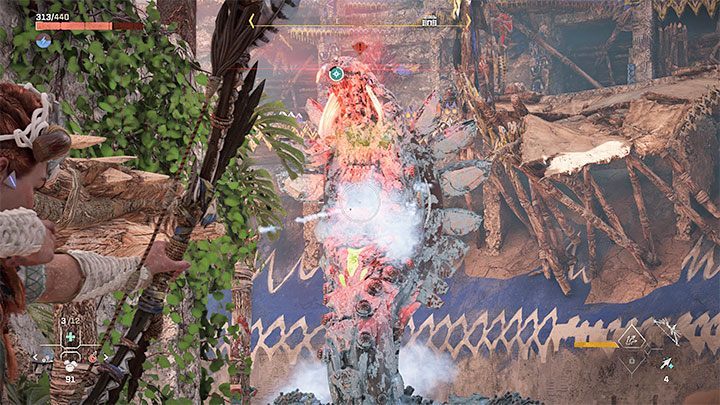 The Slitherfang is weak to the elements of fire, frost, and plasma. Try to choose ranged weapons with ammo that uses these elements (there won't be time to deploy traps). Attack the boss and try to target its weak spots (in case you need a reminder, these are listed in the machine catalogue, as well). 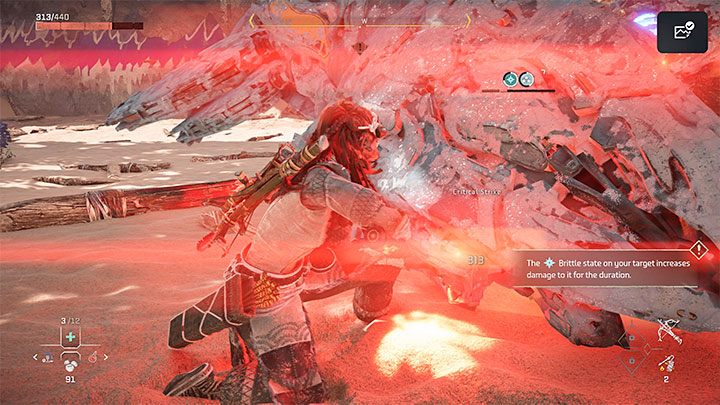 As with the battle from the prologue, damaging the boss may cause the Slitherfang to crash to the ground. Be sure to run up to the boss to land one or more critical strikes. 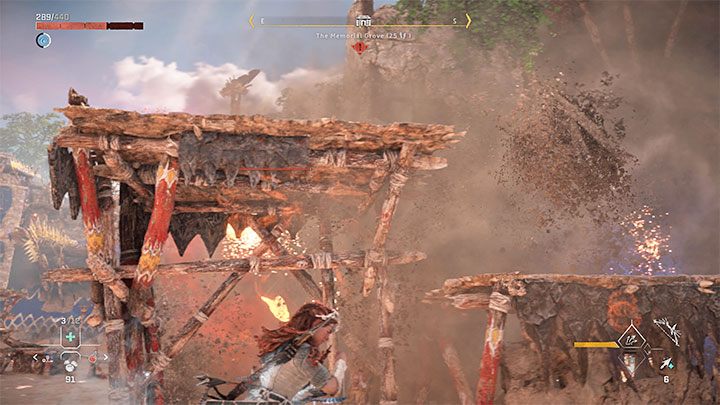 Unfortunately, you need to deal with the fact that there isn't much cover to be found in the arena, but make full use of what's available before it gets destroyed. Try to avoid the boss's ranged attacks (especially its poison spit), but also be careful not to let it get too close to your character. Dodge and sprint to safely reach other spots in the arena.

After the battle is over, don't forget to search the Slitherfang remains to collect valuable loot. 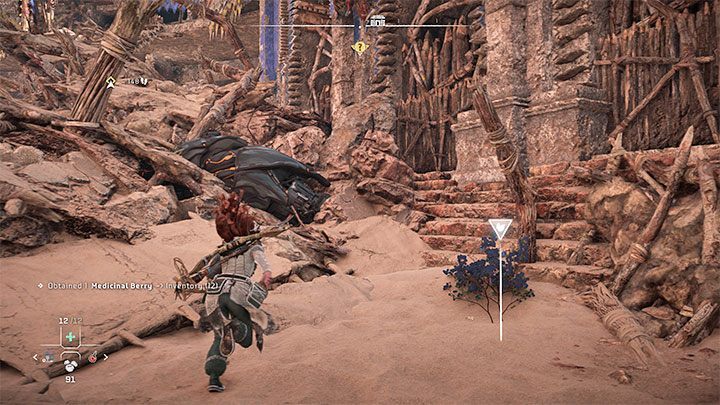 The exit from the arena is located behind the area where destroyed Slitherfang has crashed. You need to proceed to the area where Regalia is fighting Hekarro. Rest easy - once you reach the area, a cut-scene depicting Regalia escaping will be activated.

Enter the chamber below the throne 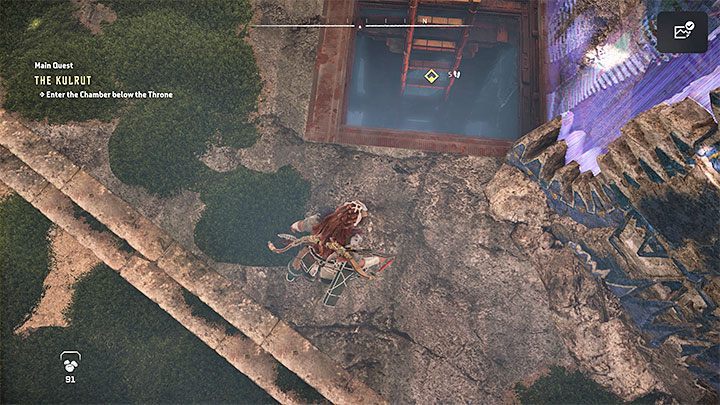 Once you have received all the thank yous and regained control of Aloy, locate the small underground entrance shown in the picture.

You will arrive at an interactive console into which you can slide the GAIA kernel. Get AETHER. 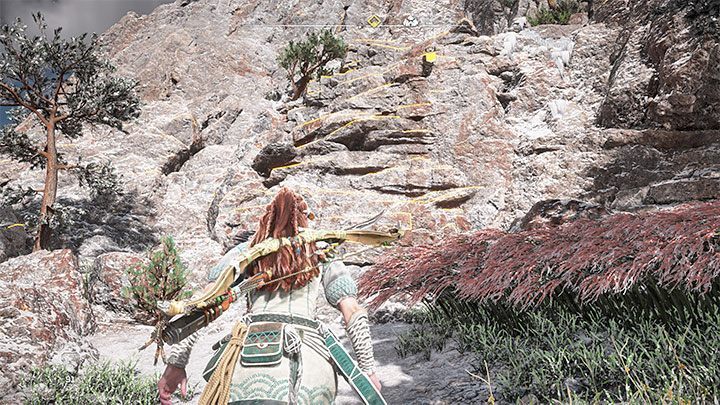 Once you climb the ladder back to the surface, talk to Dekka. Optionally, you can walk through the Memorial Grove and watch the fixed holo-projectors.

To continue, use fast travel to teleport to the Base and reach its side entrance following a short climb. 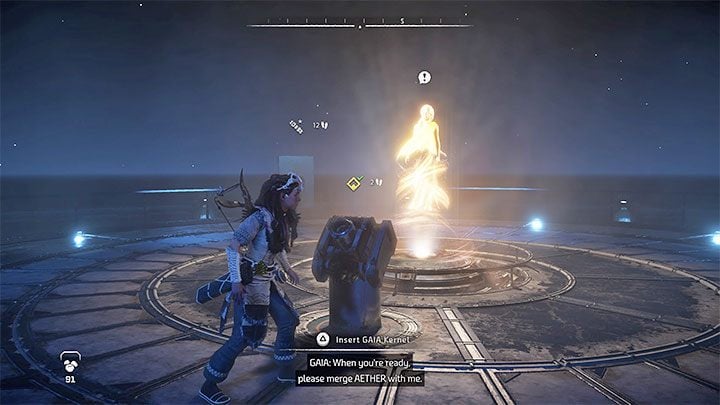 After listening to the conversations with your companions, reach the GAIA room and interact with the slot to deliver AETHER.

If you've had other missions available before beginning this quest, and The Kulrut is complete, you'll be forced to proceed with the Cradle of Echoes story quest, while all remaining missions (either story or side ones) are temporarily disabled.