This page of the Horizon 2 Forbidden West game guide contains a walkthrough of The Embassy main quest. Our walkthrough explains, among other things, how to override a Charger and turn it into a mount, how to initiate the embassy encounter, how to defeat the rebels and their machines, and how to win the Grudda boss fight. 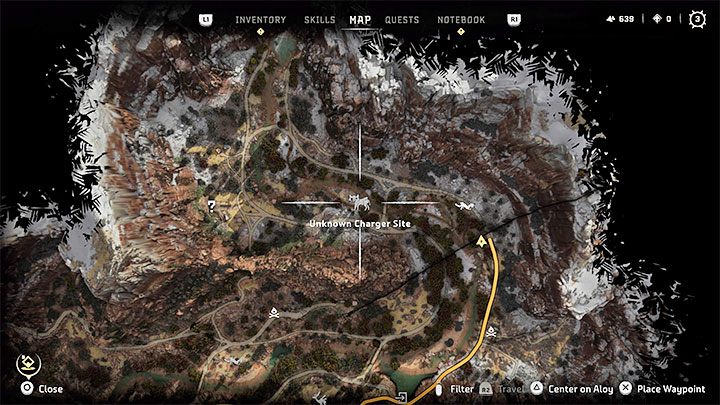 The quest objective to override a Charger is optional, but the mechanic is worth testing out, especially if you haven't checked it out before. We've described this in more detail on a separate page of the guide: Charger - how to override? in the FAQ section.

You need to reach any location with a Charger, for example the site northeast of Chainscrape. 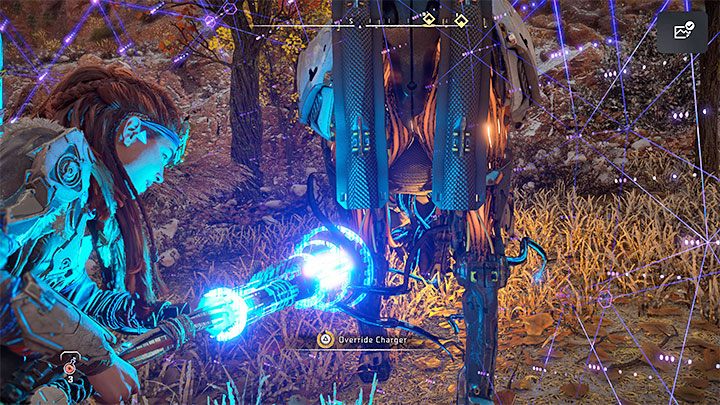 Once you get there, you need to use stealth so that Aloy avoids being detected by one of the machines. Sneak up on one of the Chargers from behind and hold Triangle to successfully override it.

From this point on, the overridden charger will become your main character's mount. You can ride it and use it to travel around the game world and attack enemies. It's also possible to call over the charger and repair it if it takes damage. 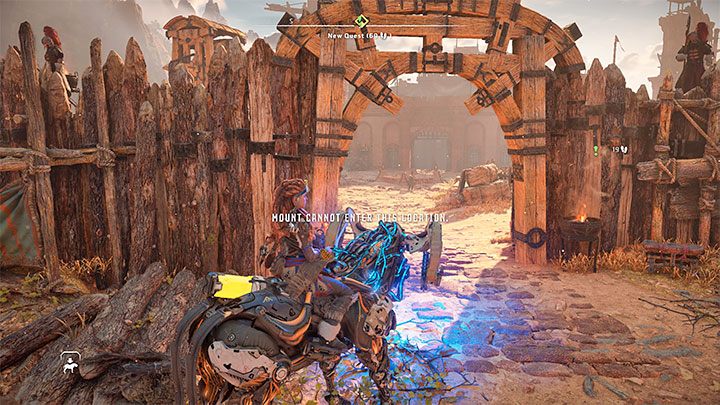 Your goal is to travel southwest from Chainscrape to the neighboring settlement of Barren Light. It's worth noting that if you're using a mount, the game won't allow you to ride it into the village. The machine has to remain outside, but you won't lose it and you'll still be able to summon it later in the game.

Reach the large gate in the Barren Light (you can optionally talk to Erenda along the way). Talk to Lawan, who is standing in front of the gate. 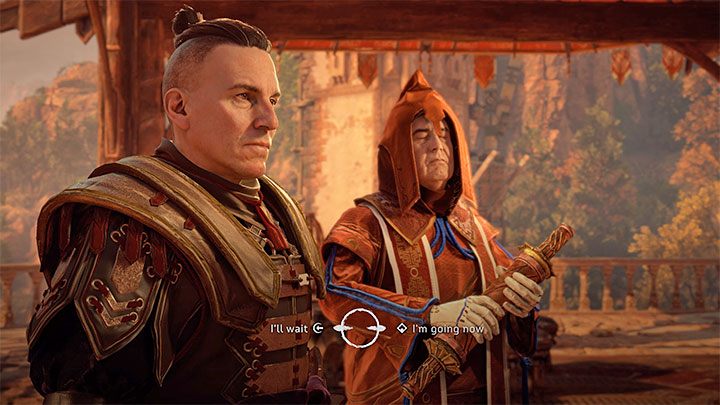 Set out to follow Lawan to the upper level. Nozar and Vuadis will join the conversation there. During the conversation, you need to confirm that you're ready to proceed to the next stage of the mission by selecting the dialogue option to the right.

As you're about to face a great battle, you should at least reach level 7 and upgrade Aloy's ranged weapons and outfit as much as possible. You should also make sure to stock up on ammunition (especially acid arrows). In the Barren Light, you will find a workbench and new traders.

Go to the Embassy location 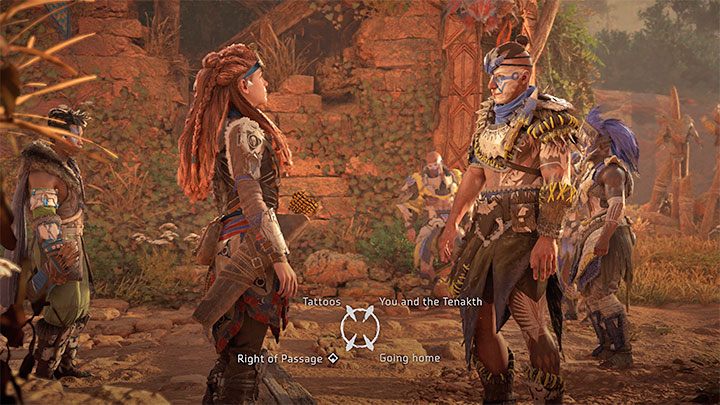 After watching all the cut-scenes, you will find yourself within the walls of the Barren Light. Head slightly west to reach the location of the scheduled meeting.

Several conversations will take place and the longest is with Fashav. You can ask him some additional questions or immediately choose the dialogue option to push the plot forward. 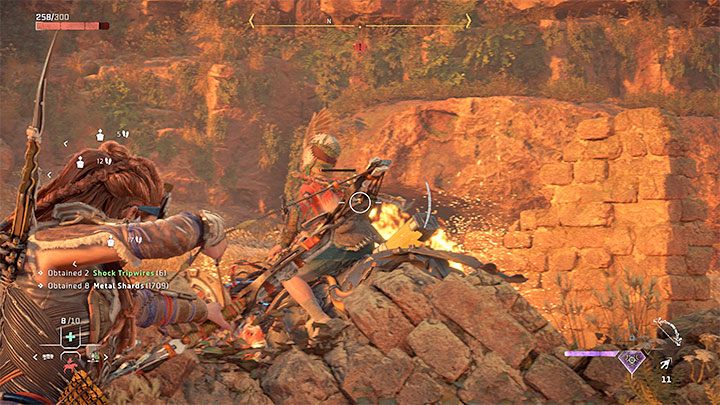 You need to take part in the fight against the rebels led by Regalla. It's a good idea to stay close to where the battle was initiated and make use of the nearby ruins as cover to protect Aloy from attacks from enemy archers.

Focus on eliminating riders on machines, which are easiest to target by slowing down the time. Make sure to aim at the riders' heads. If a given opponent has merely fallen from their mount and hasn't died, then get to work on killing them right away, or they might mount the machine again. 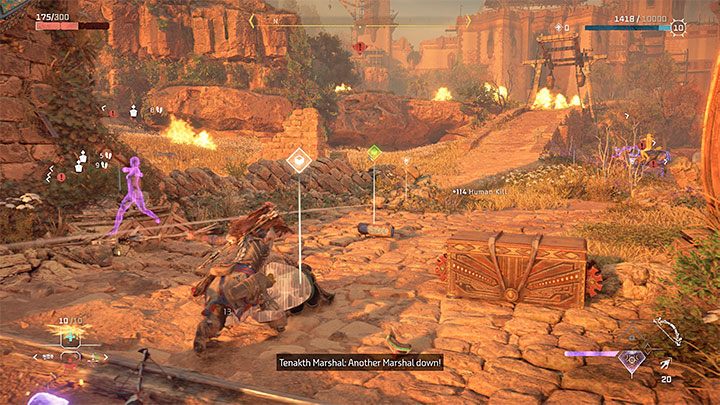 While fighting, don't forget to replenish your supplies - craft new arrows to replace the ones you used and heal Aloy if necessary. In the central ruins you can find various loot, including resources needed to craft healing items and arrows. This is a precaution in case you haven't prepared before the battle. 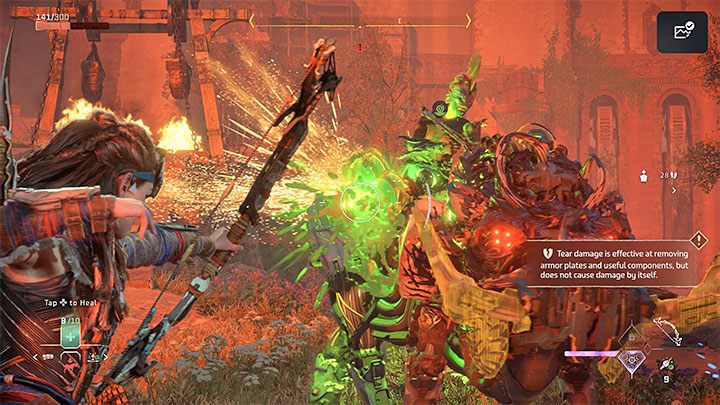 After a short cut-scene, you will proceed to the next combat stage. This time, you should switch to acid arrows and look for opportunities to hit the green tanks installed on the Bristlebacks. When these tanks explode, they will not only kill the rebels, but also destroy or severely damage the machines themselves. 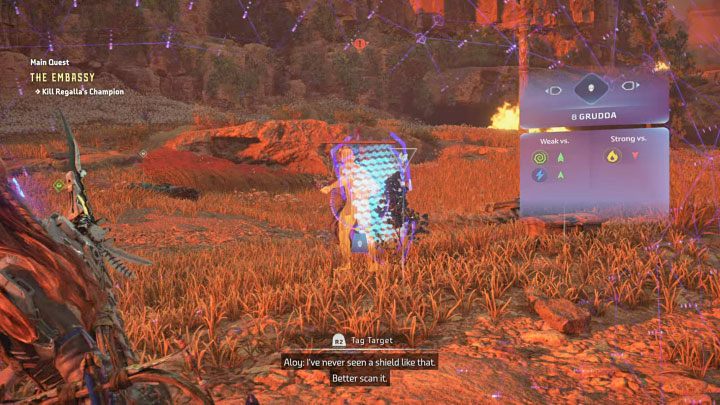 In the final stage of the battle, you will face the boss - Grudda. This opponent uses an energy shield and scanning him will allow you to determine his weakness, namely acid and shock attacks. If possible, choose a weapon that uses one of these types of projectiles. 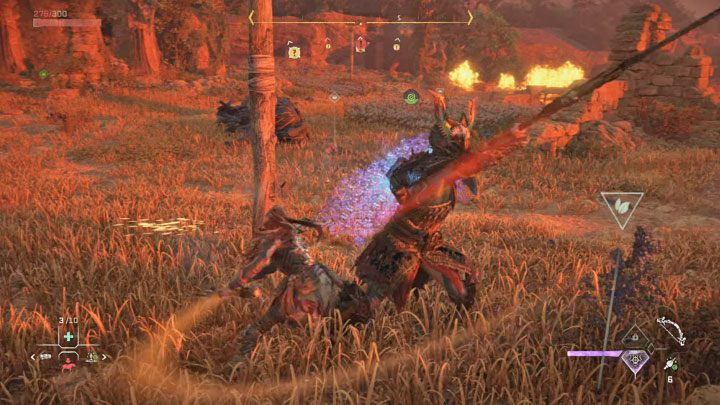 Be prepared for the boss to start heavily swinging his melee weapon. When this happens, jump to the side to avoid the impact. 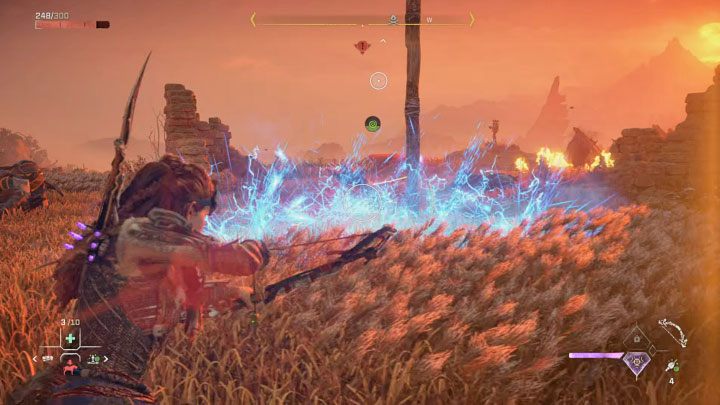 Grudda can also cause shock waves. To counter this, you need to quickly dodge to the side so that Aloy avoids taking tons of damage. 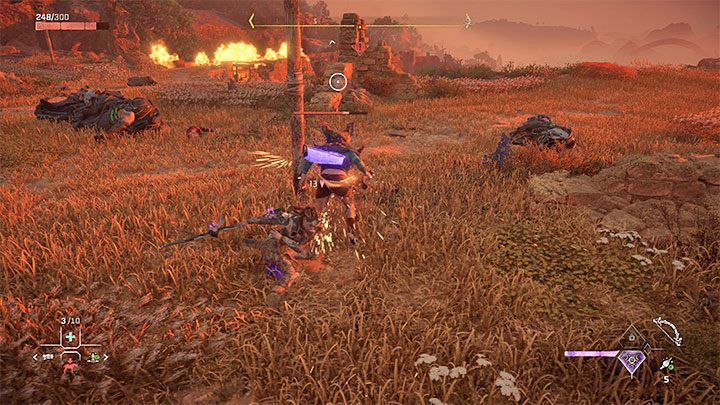 The boss will temporarily lose his shield once you land enough acid or shock attacks. You can then switch to standard combat techniques - attack Grudda with a spear or any ranged weapon (it's recommended that you use your strongest weapon). 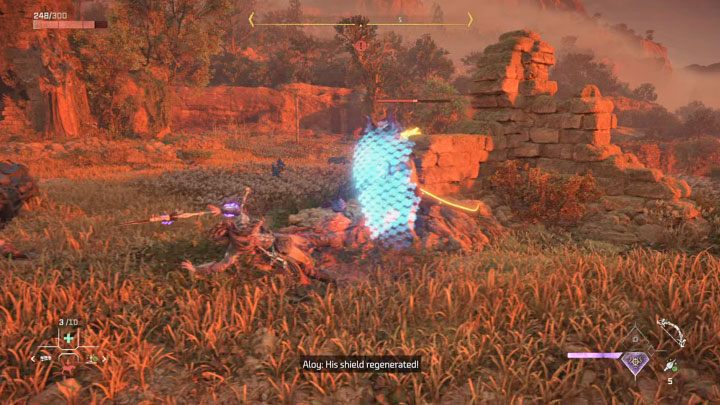 Keep in mind that Grudda's shield will regenerate after some time. This means that you will have to switch back to elemental attacks that take advantage of the boss's weakness. Continue this pattern until the shield is damaged again. 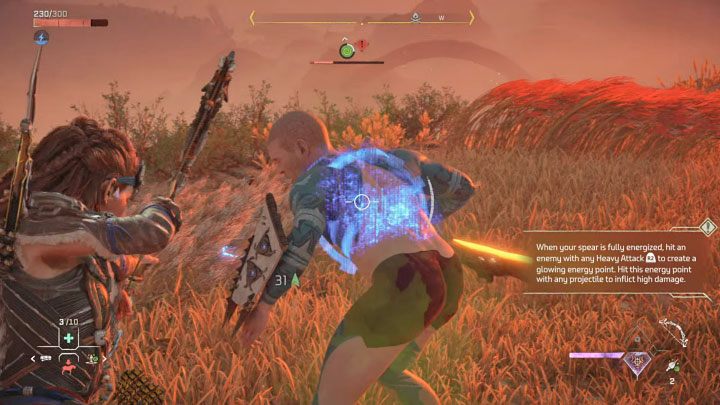 If you have the Resonator Blast skill unlocked already, you can make things easier and use it to deal significant damage to the boss. Attack him in melee with your spear and if he lights up blue after one of his strong attacks (R2 - above image), quickly hit him with an arrow. 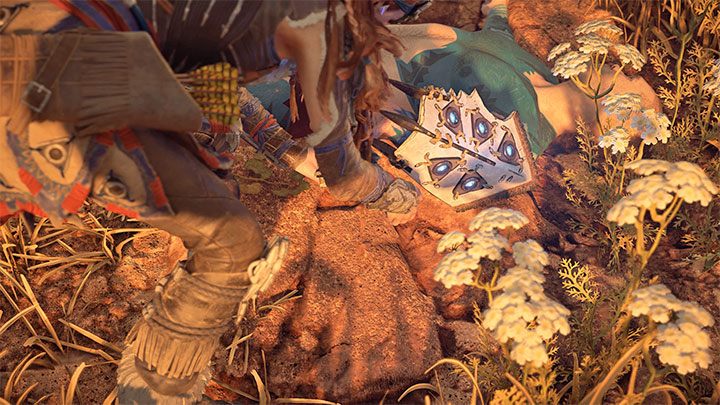 Reducing Grudda's red health bar to zero results in beating him and winning the battle. Aloy will acquire the Shieldwing, which is a gadget that can initially be used to glide in mid-air (by hold Square).

This quest ends with a conversation with Lawan, during which you can ask, among other things, many optional questions about the newly unlocked western lands.