This page of the Horizon 2 Forbidden West guide explains how to replenish ammo supply for ranged weapons (bows, slingshots, and other weapons).

Arrows and bullets for ranged weapons 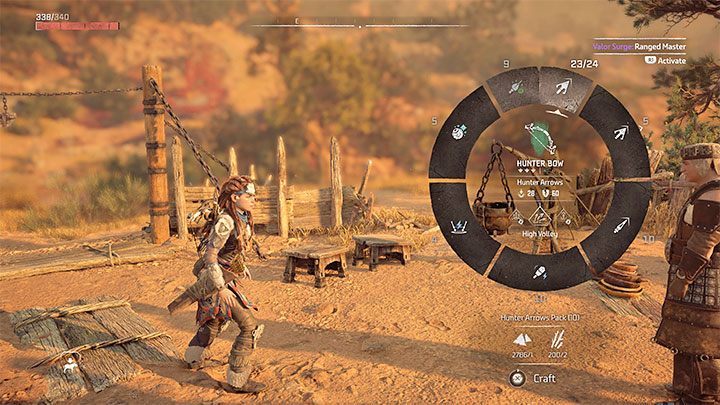 You can refill ammo at any moment, even during battles. You won't have to run away from a battle.

To quickly craft ammo, you must open the weapon radial menu, highlight the weapon you are currently using and, optionally, select the ammo type. The latter choice applies only to those weapons that use two different types of ammo (like the bow in the image above). Each type of ammunition is then used separately. 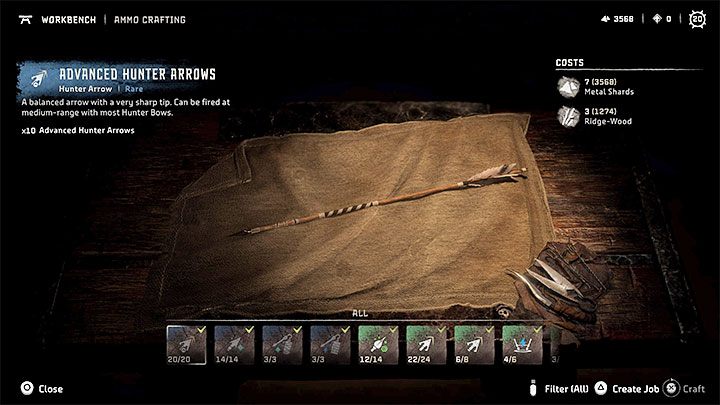 You can also craft ammo at workshops. The list will include all the ammo types you have already unlocked.

You need resources to make ammunition - they vary for each type. Special ammo types may require rarer resources. Always try to collect as much loot as possible to have a large supply of resources. 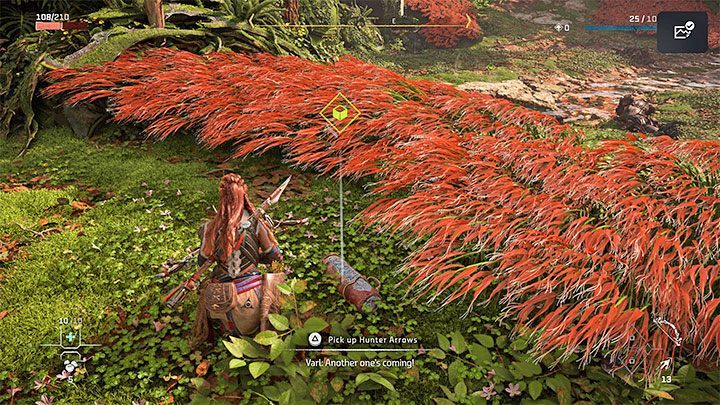 You can also find ammo as loot. For example, it may lie on a battlefield or in camps. This will allow you to replenish arrows or other projectiles without spending resources to craft them. 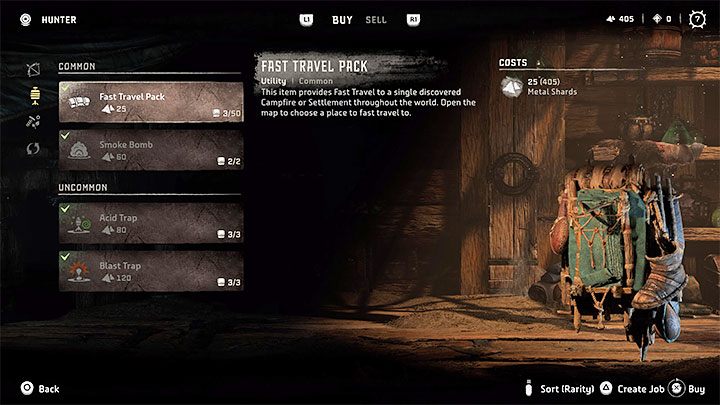 Bombs and traps can also be crafted or found in the game world as loot. However, you can also buy them from merchants. We recommend doing that when you have used up all the resources needed to produce them. Otherwise, you should spend the metal shards (the main currency) on something else. 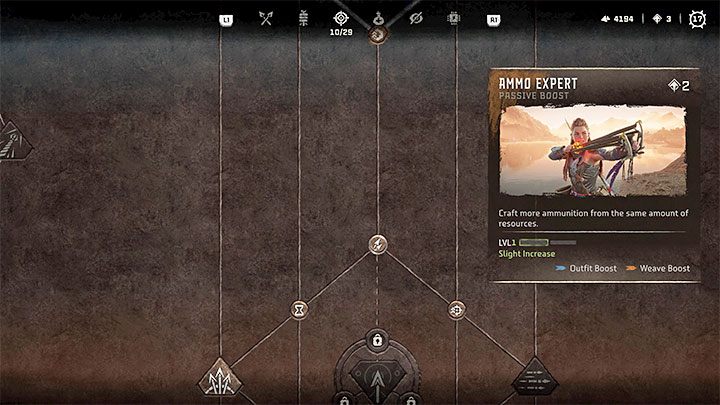 Some of Aloy's skills are related to ammo. The Ammo Expert perk allows you to make more ammunition for the same amount of resources. You can further improve this perk by wearing an outfit with ammo-related stats. 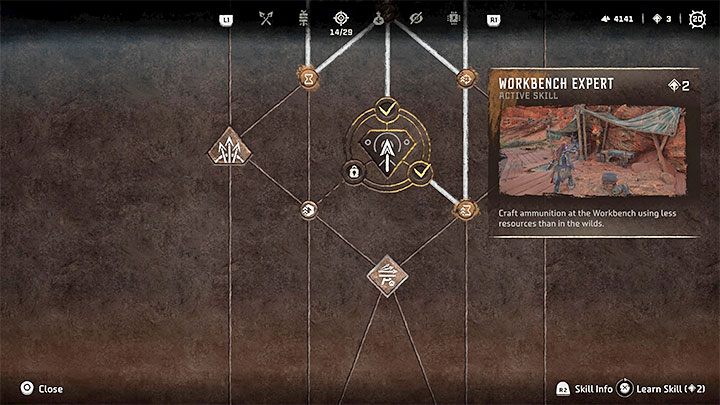 The Workbench Expert perk allows you to reduce the amount of resources needed to produce ammunition. However, it will only work if you use a workbench.