On this page of the guide to Horizon 2 Forbidden West you'll find tips regarding how to level up quickly by earning XP. You'll learn about the most important techniques leading to quick XP gathering. 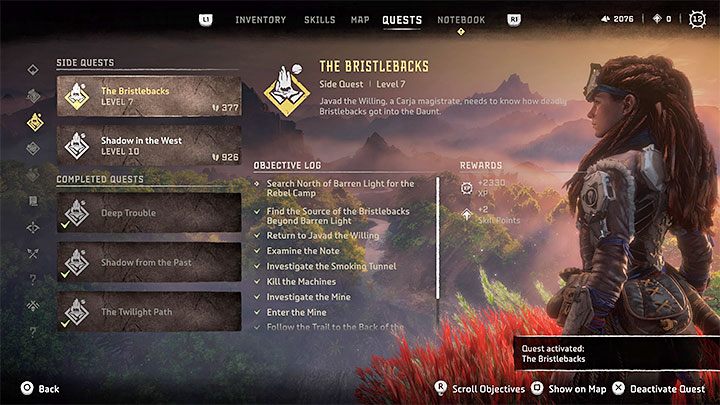 The most obvious way of obtaining XP is completing quests - main quests, side quests, jobs and others. You should check your journal each time you unlock a new quest. The Reward section informs you how much XP you can get for finishing a quest. There's no fixed rule here, but generally the longer and more complex the quest is, the more XP it rewards you with, letting Aloy level up faster. 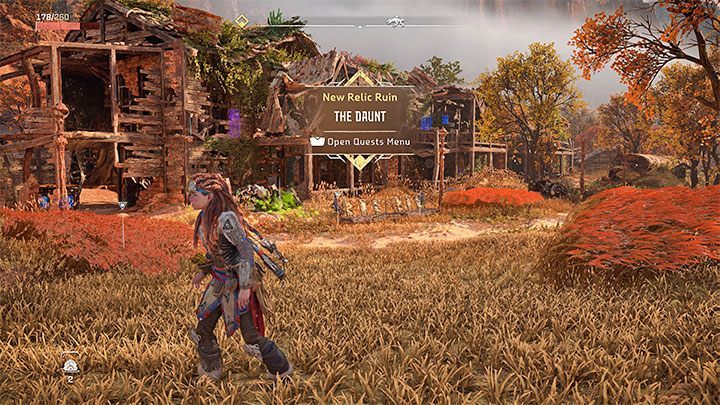 Besides quests you should also undertake optional activities found in the game world. Again, you can and should look up the rewards in order to prioritize activities with the biggest XP rewards - those can be Relic Ruins, Hunting Grounds or Cauldrons. These activities can reward you with up to 5,000 XP, just as an example. This is a very large amount in the early game. 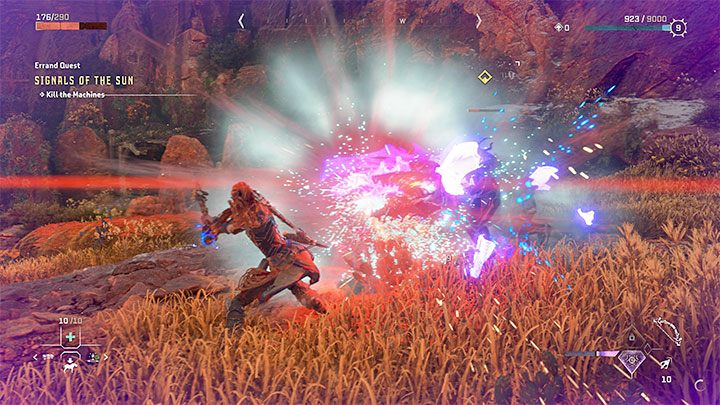 The final technique is obtaining XP by defeating enemies. In this case you should focus on eliminating machines - especially the elite ones or the tougher ones, as they award you with more experience (the rewards vary between 500 - 1,000 XP for defeating one of them). Remember, you can rely on sneak attacks to immediately destroy or heavily wound machines that are dangerous in direct combat.

Eliminating human enemies doesn't reward you as much, but you can still try, given how many enemies can be killed instantly with a single headshot. Hunting wildlife doesn't give you much XP, although in this case your main motivation for hunting should be meat and rare trophies from animals.