On this page of the Horizon 2 Forbidden West guide, we answer whether you need to know Horizon Zero Dawn before playing Horizon Forbidden West. We inform about the plot, the series's lore, Aloy's allies as well as mechanics used in both games from the Horizon series.

We have not included any specific story spoilers for Horizon Forbidden West. Here you will find only general information on what to expect before playing the second part of Aloy's adventures. 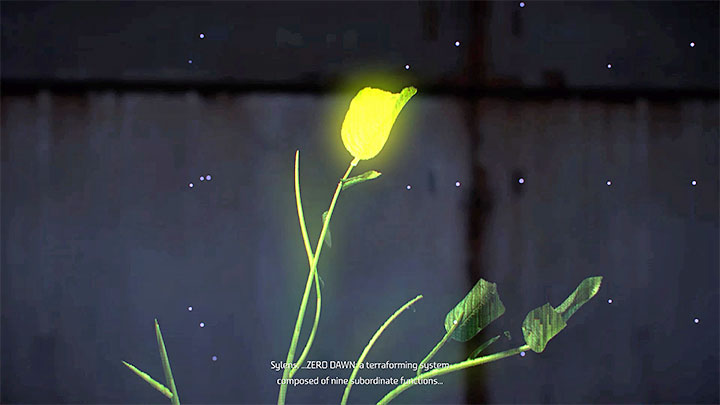 The plot of Horizon Forbidden West is a direct continuation of the events of Horizon Zero Dawn. Aloy must once again embark on a mission to save the world. As the title suggests, she will visit entirely new lands in the western part of the former United States (there are some minor exceptions to this rule and some familiar places are also revisited).

When starting Forbidden West, you will watch a cut-scene depicting the events of the first game. It focuses only on the most important scenes and who the main character is in the game world. This may be enough for those who have finished Horizon Zero Dawn, though it will likely prove incomplete for players who decided to play Forbidden West first. We recommend playing the first game or look for materials that describe the game world and the plot of the first part of the series in more detail. 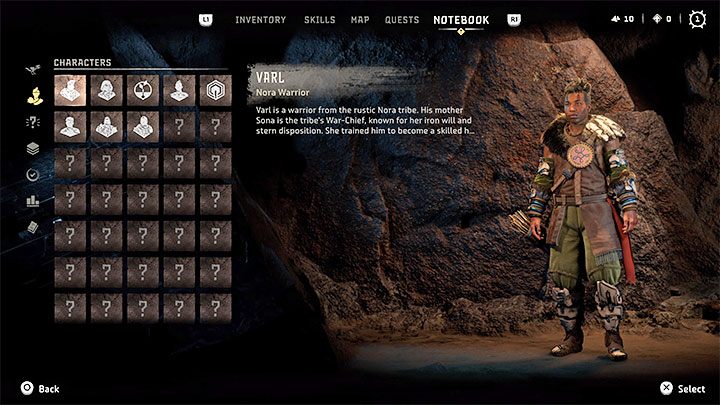 In Horizon Forbidden West, you can meet many of the characters you know from Horizon Zero Dawn. This is a good opportunity to talk to them again and, in some cases, ask them to support Aloy in her new quest. These characters may not be entirely familiar to you if you haven't played the first game or you did that a long time ago.

To help you remember who each NPC is and what their relationship to Aloy is, you can refer to the Character Bios found in the Notebook. Information about new people and creatures will be added gradually as you progress through the story. Some of them are available from the beginning, while others are added after you encounter them in the Forbidden West.

Gameplay mechanics and Aloy's equipment from the first game 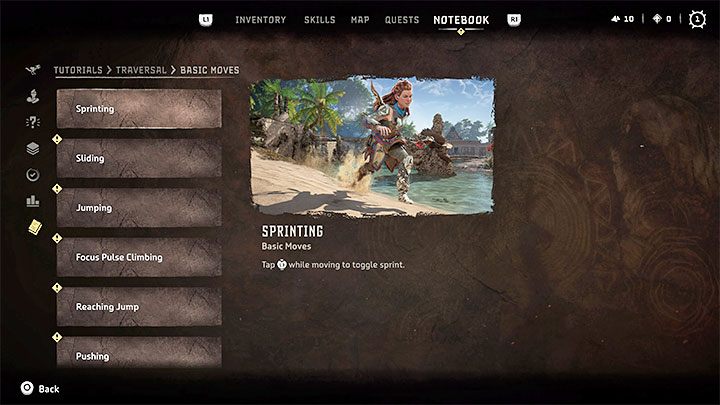 Horizon Forbidden West develops many ideas and mechanics of the first part. The main character can perform similar basic moves. Things like weakening and eliminating the encountered machines are also very similar. If you remember these mechanics from Zero Dawn well, the beginning of the game will be easier for you. Fortunately, the game is also very accessible for new players and for those returning to the Horizon series after a long break - in the initial missions you will thoroughly practice all the most important actions. You can also access text tutorials for the most important moves or gameplay mechanics.

Aloy's character progression in Forbidden West starts largely from scratch. When you start a new game, you'll have a set of basic moves and equipment (a ranged-oriented outfit, a spear, and one bow). You'll have to gradually unlock all the other stuff. Forbidden West doesn't have the option to move the equipment from the first part.

Horizon Forbidden West is a game where being familiar with Horizon Zero Dawn is highly recommended, but not mandatory. You don't have to fear that not playing the previous game will make combat and exploration challenging. All the most important moves and gameplay elements are described in detail by the game. You can also check the tutorials.

New players may have bigger problems understanding the plot and the game's world. If you don't have enough time to play Horizon Zero Dawn and finish at least its main storyline, you can always use the Internet. Knowledge of the all crucial story points of the first game, its unique world, as well as Aloy and her friends (and enemies) will help immensely when playing Horizon Forbidden West.