On this page of the Hitman 3 game guide, you will find a walkthrough of the first mission objective in Mendoza, which requires you to meet Diana Burnwood. You will also learn how Diana's presence on the map affects the quest and whether the mission fails if Diana is eliminated. 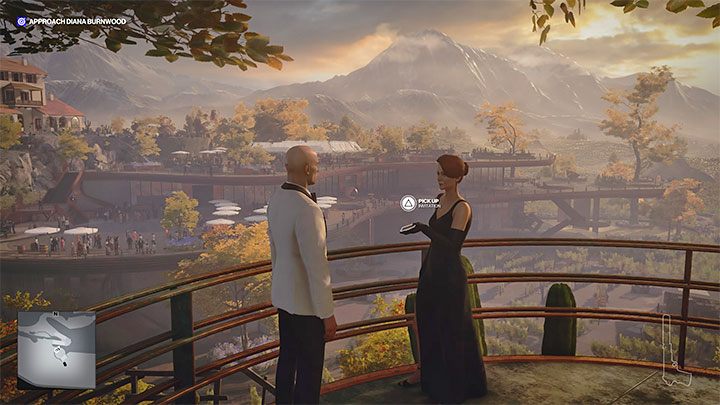 Diana Burnwood is present in Mendoza from the beginning of the mission and will remain there until the mission is completed. Meeting Diana is only required during the first playthrough of the level. You must talk to her on the viewing platform near the default starting point. Diana will inform Agent 47 about the two mission targets, and she will also hand him an invitation that grants access to the winery. 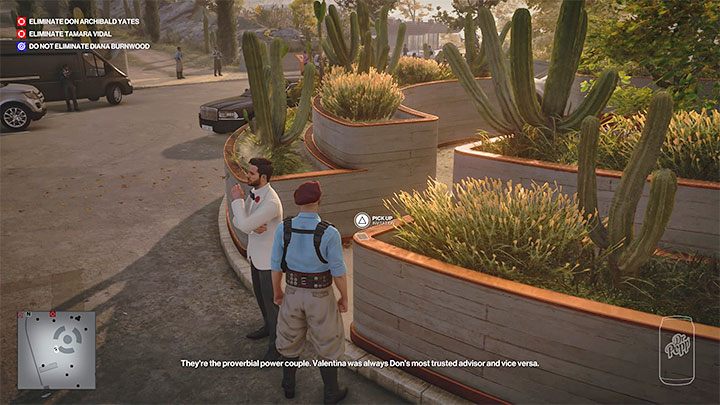 When repeating the mission in Mendoza, you do not need to meet Diana. You will already know the mission objectives. You can find another invitation next to the parking lot, sneak into the mission area in a variety of ways, or start the quest in one of the alternate locations (in some locations you will start out wearing a disguise). 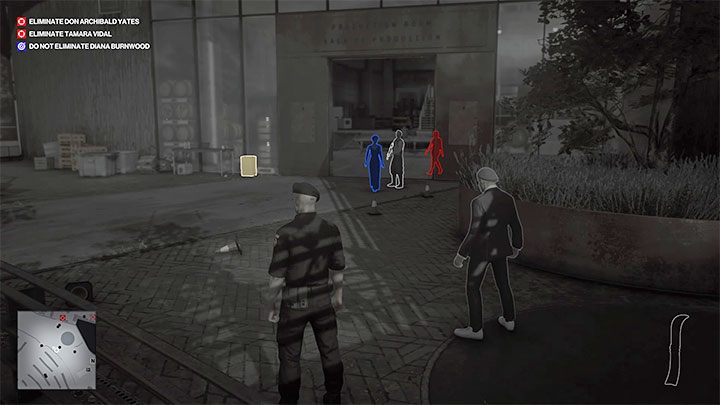 Diana is outlined in blue when Instinct Mode is activated. This makes her easy to spot at any given time. Diana will spend most of her time in the company of Tamara Vidal, who is one of the targets to be assassinated in this mission. This has its advantages and disadvantages: 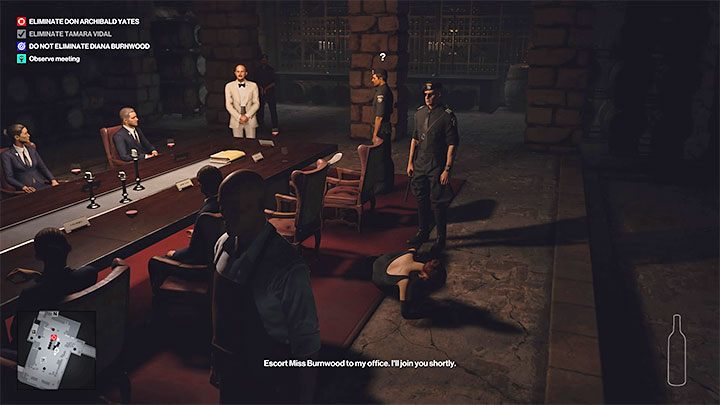 The mission will fail if Diana dies. You need to keep this in mind during this mission and choose Tamara's assassination method wisely. Interestingly, it is not forbidden, for example, to give Diana rat poison. All that matters is that she does not receive any real injuries and does not die.

Most of the time, the mission targets won't pose a threat to Diana. The exception to this is the Closing Statement story mission, which is described in a separate section of this guide. In the final part of the meeting, Don Yates decides to arrest Diana and will start planning to kill her. Fortunately, the game is generous and will give you 10 minutes to save her, so there's no need to get overly stressed about it. 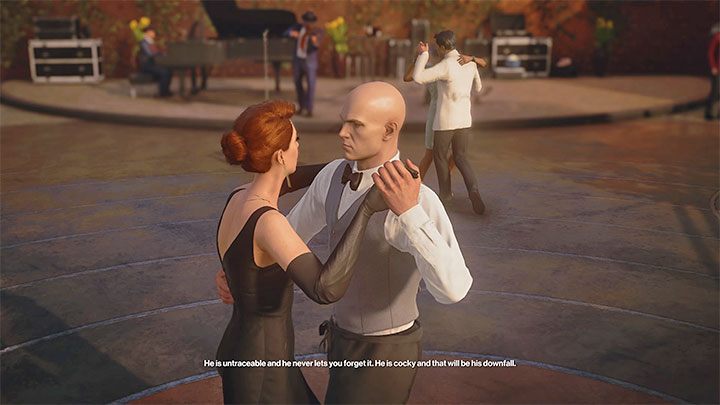 Meeting Diana is also the default way to complete the mission in Mendoza. Agent 47 can tango with her on the dance floor (you will need to wear a suit or a different type of formal attire to do this). When repeating the mission in Argentina, you can also choose other exits from the map to avoid reaching Diana.