From this page of the Hitman 3 game guide, you will learn how to smuggle a sniper rifle to the mission.

Sniper rifles in Hitman 3 are forbidden items, so you cannot bring them with you to the area where you will be completing a mission. However, there are some ways that you can smuggle and take it on a mission. 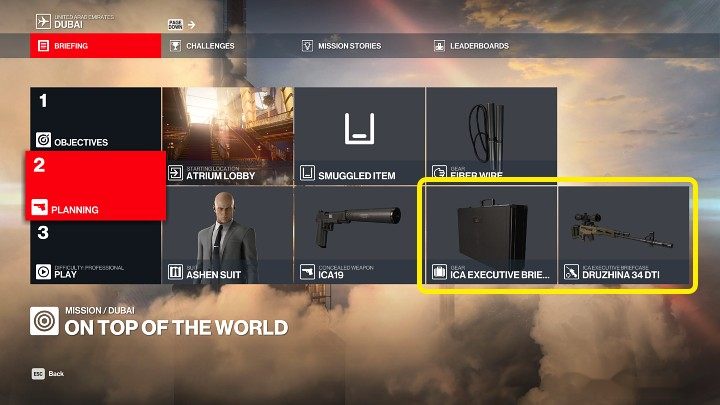 Once you reach a certain mastery level (for example, in Dubai, it will be level 15), you will gain access to a sniper rifle that you can smuggle using a special ICA case. To do this, select one of the available briefcases in the Gear window, in the Containers tab, and then assign the weapon to it - in this case, a Druzhin 34 DTI. 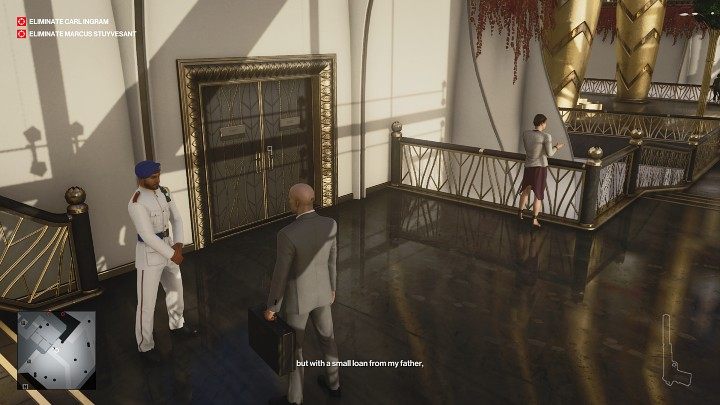 As you can see in the picture above, Agent 47 with a briefcase in his hand does not arouse suspicion among the guards. If he appeared in an area of the map with a sniper rifle in his hand, any NPC could be alarmed. 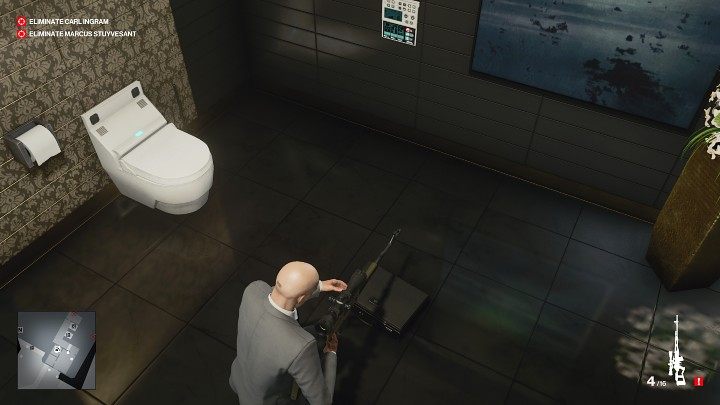 If you want to use a sniper rifle, place the case on the ground and unpack it. Agent 47 will immediately draw and assemble a weapon that is ready to fire. It is worth noting that the weapon can be placed back in the briefcase after firing. 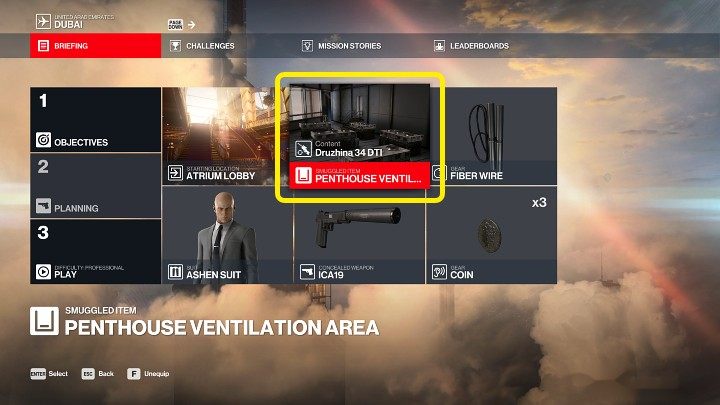 The second way to take a sniper rifle on a mission is to use the Hidden Stashes, which can be unlocked by gaining the appropriate mastery level on a map. Several stashes are available on each map, in various locations, so you can easily access forbidden items. 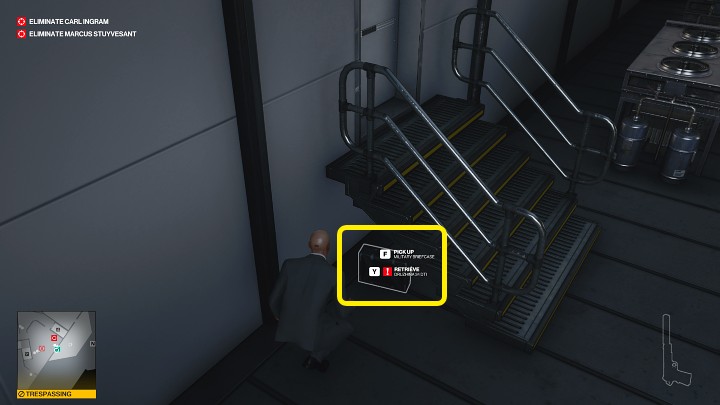 The items smuggled onto the map must, of course, be picked up from a location that serves as a stash. In the picture above, you can see a situation where the Druzhin 34 DTI sniper rifle was hidden in a briefcase, under the stairs in one of the ventilation rooms.