On this page of the Hitman 3 game guide, we cover all the relevant information on stealth. We suggest what to pay attention to during the game and how to move around the map without being noticed. 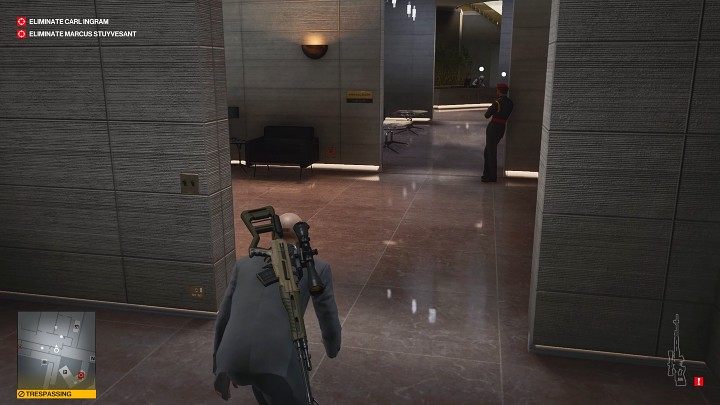 Moving quietly is one of the most important activities that will allow you to remain unnoticed during missions. If you don't want to draw attention to yourself, it's best to move around the map crouching. This is especially important when you play on the highest difficulty level (Master) because the enemies are much more sensitive to any sounds. 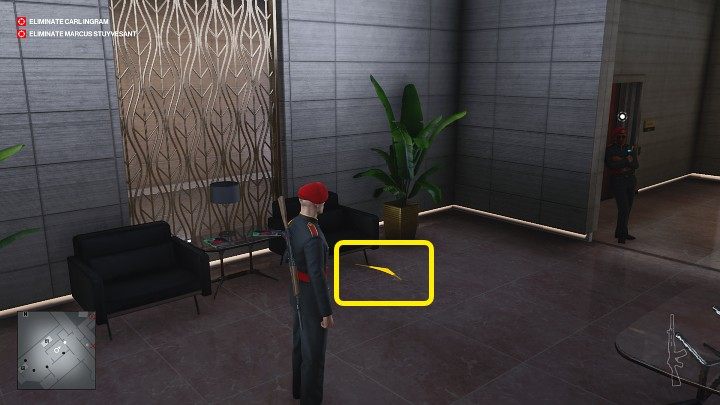 Keep an eye on the NPC Suspicion Meter as you move between points on the map, especially when there are vigilant enemies nearby. If someone notices you, a yellow marker will appear in the middle of the screen - when it fills up to 100%, your presence will be detected and guards or other NPCs stationed nearby will raise the alarm. By obscuring the line of sight by, for example, hiding behind a wall or obstacle, you will make your opponents unsuspecting. 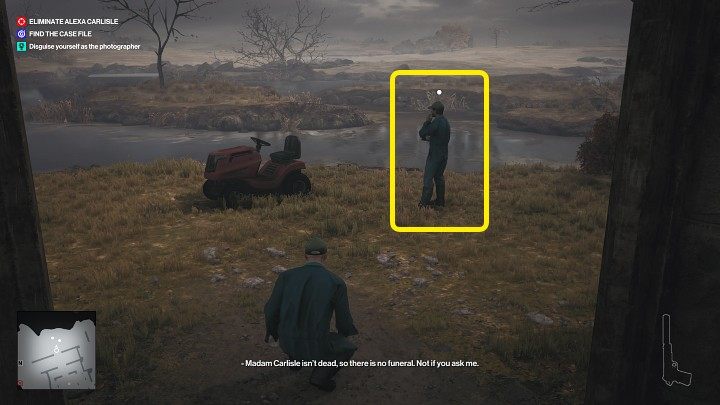 You can recognize vigilant, more suspecting opponents by the white circle icon above their heads. These types of NPCs can expose Agent 47 if he stays too long near them, even when disguising himself as one of them, e.g. a guard, maintenance worker, gardener, etc. 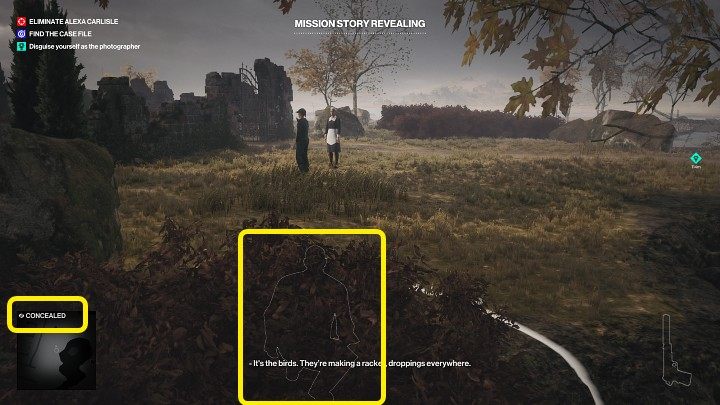 Agent 47 can hide in various places to stay out of the watchful eyes of guards or other NPCs by entering, for example, tall grass or other bushes and then crouching down. These types of locations give Agent 47 "Concealed" status, meaning he is hidden. 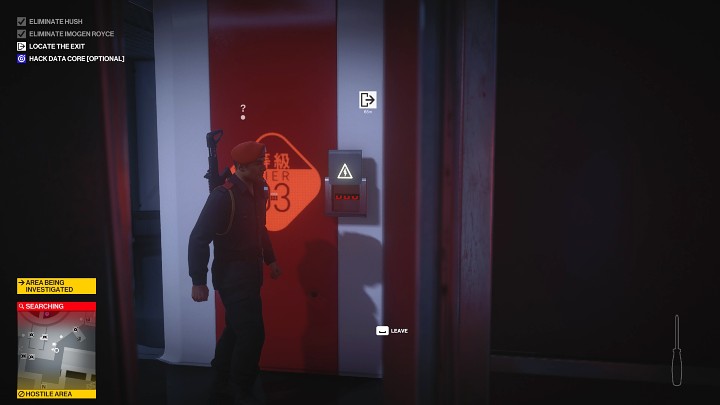 Another way to hide from the enemy's sight is to hide in a closet or container. Agent 47 is then free to observe the area and wait for the right moment to attack. 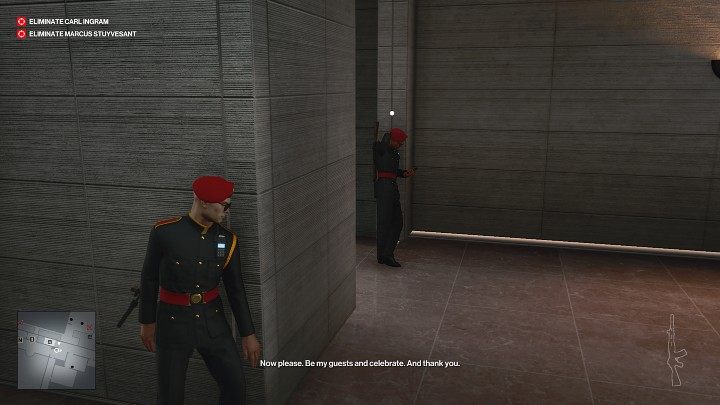 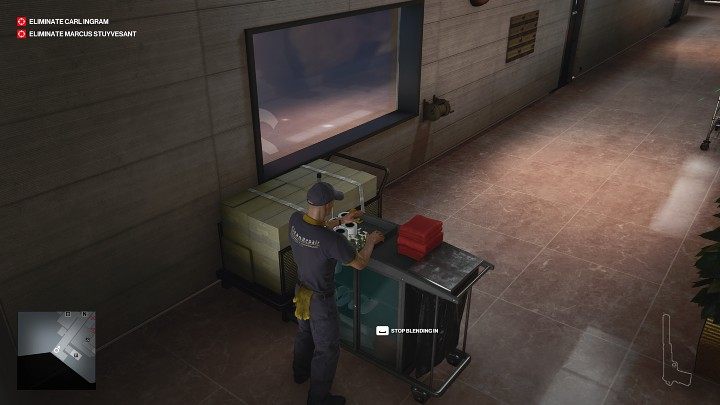 Agent 47 can blend into the environment by performing certain activities, such as sitting on a bench, leaning on a railing, or raking leaves. Some activities may involve a specific disguise, such as using a floor service cart in the Burj Al-Ghazali skyscraper requires a disguise for an employee working in the appropriate department.