On this page of the Hitman 3 game guide you will find a detailed guide to obtaining the Last Call trophy. This achievement can be earned on the Berlin map for disguising yourself as Hirschmuller, the owner of Club Hölle, and arranging a meeting with the ICA agent. You will learn where to find an appropriate disguise and how to unlock the trophy step by step. 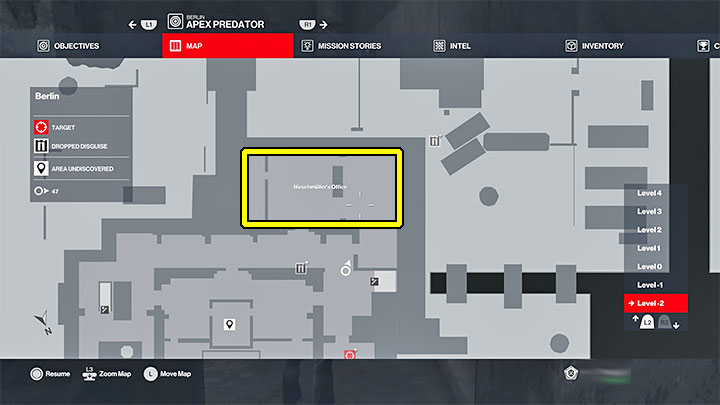 You must reach Hirschmuller's office located on level -2 of the map, which is the basement of Club Hölle.

The downstairs is easiest to reach using the northeast stairwell of the club. 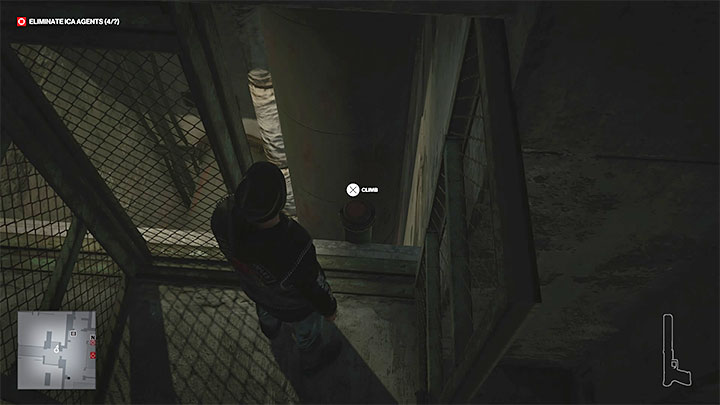 Alternatively, you can sneak in by the tunnel on level -1 which connects the club to the biker building. You will find a spot where you can slide down the pipe. 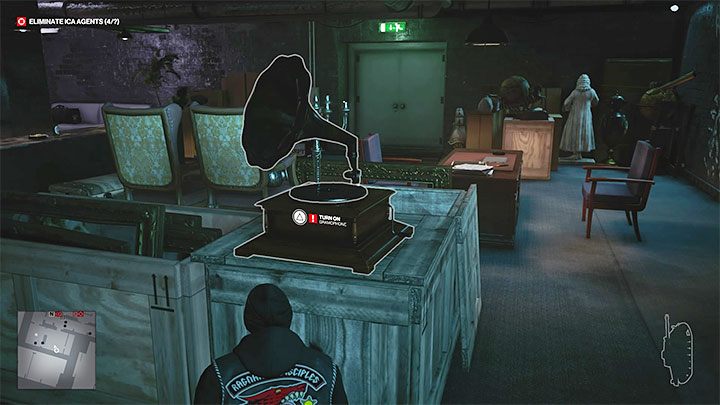 Your task is to draw Hirschmuller away from the other enemies in the room. Locate the gramophone shown in the attached image and turn it on. After Hirschmuller enters the scene, sneak attack him from behind. 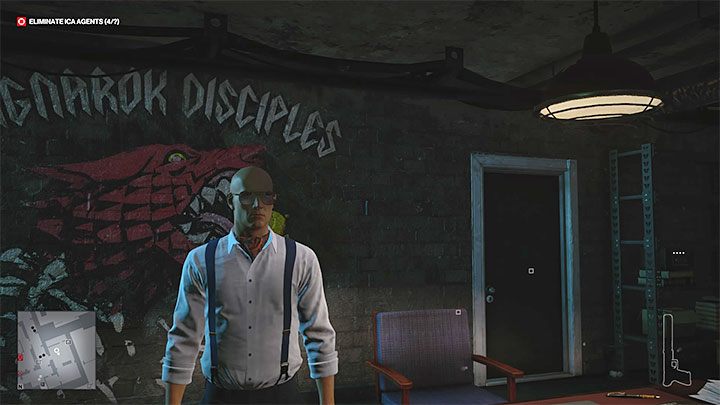 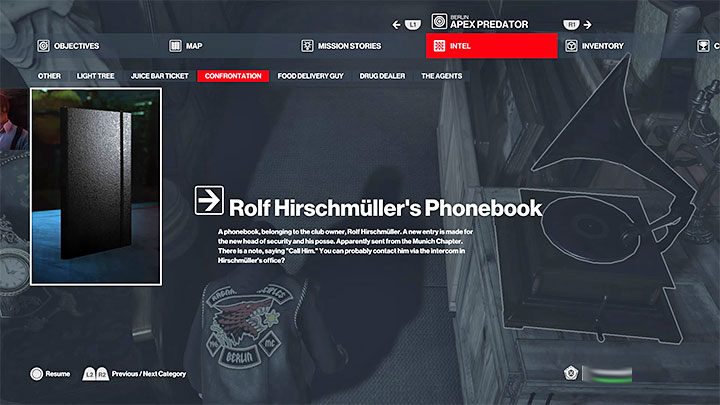 Additionally, inspect the area where you assaulted the club owner to find Rolf Hirschmuller's Phonebook. You may read its description in the inventory screen. 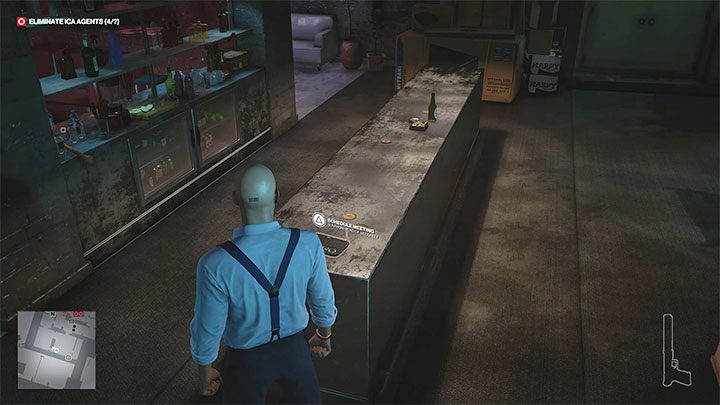 Use the office phone to call Agent Montgomery and arrange a meeting with him. You should also save your game in case the ICA agents realise that Agent 47 is pretending to be Hirschmuller. 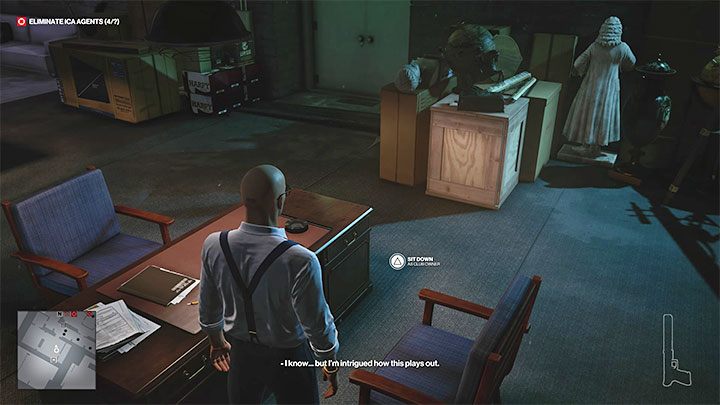 Sit in the armchair and wait for Montgomery to arrive. Other ICA agents will be on standby in the area. 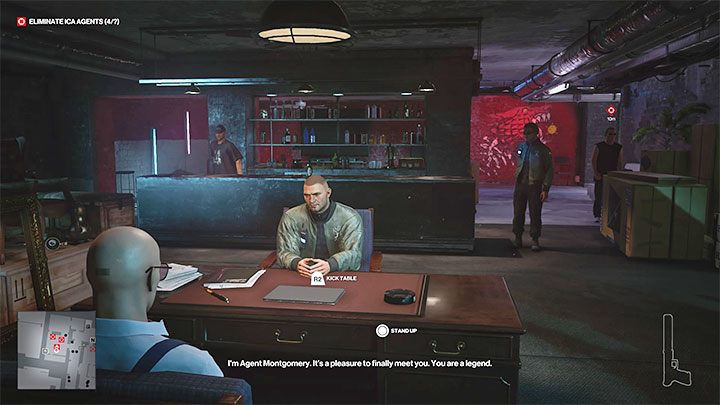 Once the conversation begins, Montgomery immediately reveals that he knows he is talking to Agent 47. Press the button to kick the table over (R2 / the right trigger on the controller). 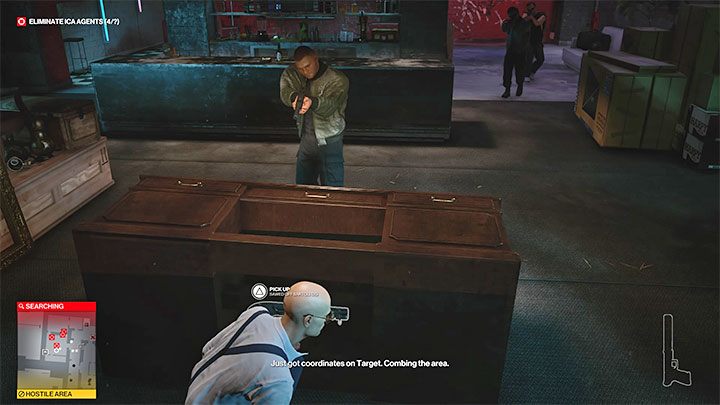 You'll find a gun hidden under the table - the Sawed Off Bartoli 12- grab it. 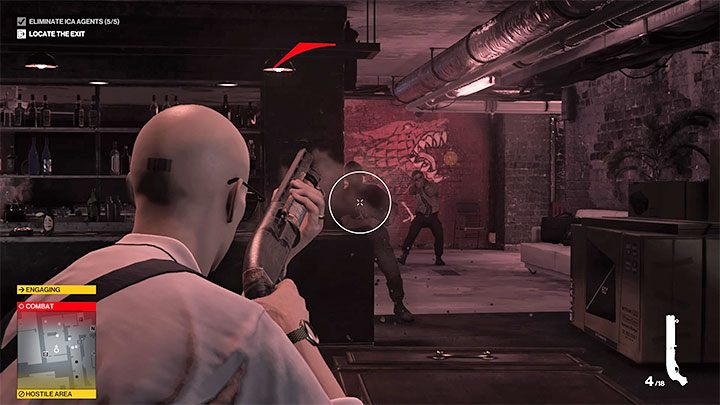 Now, you must shoot all the ICA agents. Briefly peek from behind the table to shoot. If Agent 47 is injured, remain hidden until you regenerate some health. Be on your guard as occasionally an agent might approach you from the flank.

An additional hint - you can make your fight with Montgomery easier if you quietly dispose of the other ICA agents in the club before reaching Hirschmuller's office and taking his identity. Leave only Montgomery alive. 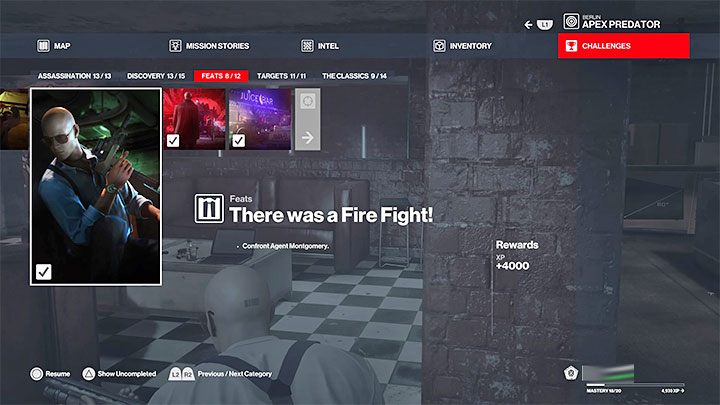 After dealing with Montgomery and the other agents, in addition to the trophy, you will unlock the There was a Fire Fight! Feat. It nets you 4000 XP.