The final battle with Lixius won't be easy. However, the renegade mage must be stopped. 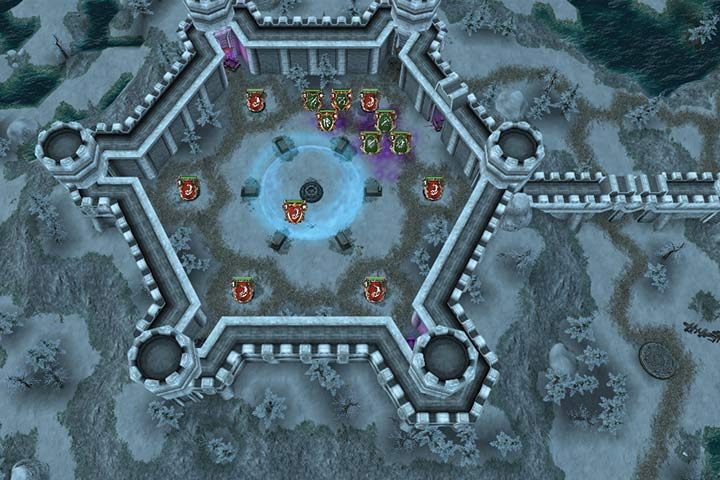 Watch out for Lixius' attacks - he will damage all units within his reach. Every turn, smoke will appear on the map. This informs you that more enemies will get summoned. Lixius also changes his location - the opposite part of the castle is free from his attacks.

The fight has a few stages:

- 3 champions from the previous missions will appear. You must defeat them.

- Lixius heals himself and summons a dozen of Skeletons (these units are weaker than the regular types).

- You can focus only on attacking Lixius and dealing him a fatal blow - he will destroy all Skeletons to regenerate his health. After that, the next fatal blow will be deadly. You can also deal with all the Skeletons first and then focus your attacks on Lixius.

This is a challenging mission. Avoid the Undead by moving your armies around the map. You can destroy up to 3 torches in the first turn. Order Karric and Thurvid to fight on the frontline. First, stand on all tiles with smoke. After that, attack the torches. Always keep your units outside Lixius' reach. Don't attack the last torch if you already used all your other units. When you do that, Lixius will summon his heroes. 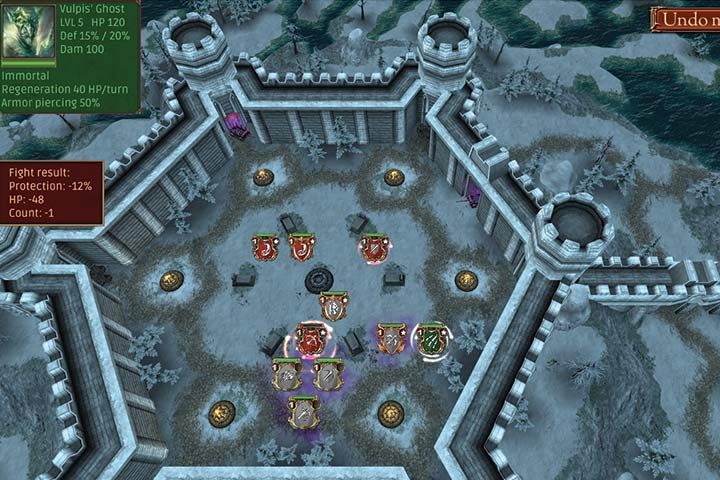 Destroy the last torch to face the enemy champions. After that, you will be able to face Lixius...

The best way to deal with this fight is to move all your heroes on tiles with smoke, order one of them to attack the torches while the rest distracts one of the enemy champions. The best moment to do that is when you are south of the force field. A Mage-champion is here - this enemy is very dangerous for your small army. Order Thurvid to slow down the champion who fights with melee attacks. In the meantime, the rest should attack the other two champions - remember to change their position frequently.

After that, Lixius will summon Skeletons. However, it is much faster and easier to ignore them and just focus on the boss, survive one turn and then attack him again with all your power. Do that, and you will win the Dwarves' campaign.