Finally, the heroes reach Avodany. However, things here don't look good for them. 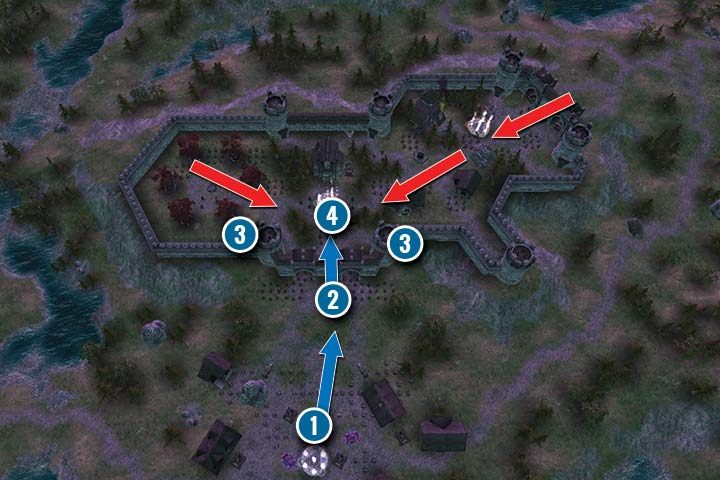 This mission is a long siege of Avodany. The enemy army consists of Skeletons - Warriors, Berserkers, and Mages. The latter will cause you the most trouble.

You start near the southern gate (1). Move as many units as possible towards the walls. It is very important to get inside the fortress fast (2). Thanks to that, you will get closer to the Mages, the biggest threat during this mission. Order Karric to deal with the Mages in the nearby towers (3). His acid is the best weapon against these units.

Thurvid's role is to slow down the enemies right behind the gates. The fortress has a lot of paths running between trees - a perfect place to block enemy movement. Once you defeat the enemies on the towers, move your siege equipment and order your heroes to get on the walls. Towers give attack boost and increase attack range. Gather the remaining troops in the forests near the portal in the yard (4). Wait for the enemies. Use the Mortars' unique ability to eliminate or weaken hostile units before they get closer to you.