The meeting with Ayiren wasn't possible. You still have to fight with the Elves. 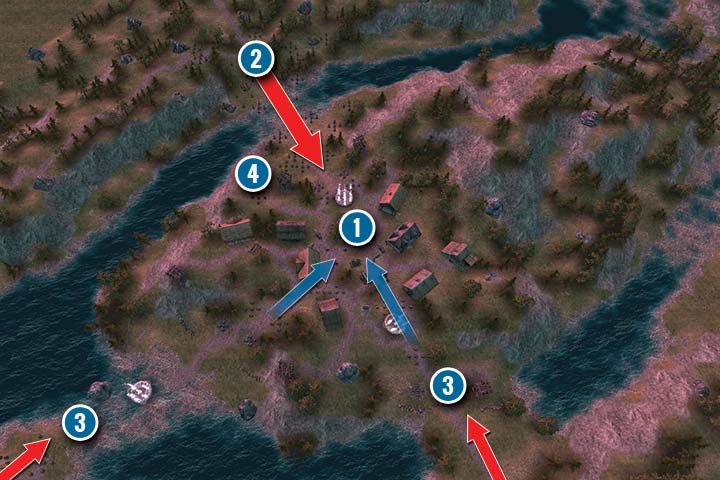 Your task is to defend the newly captured village (1). Besides regular units, your large army consists of a good number of Boars of War. The main assault will come from the north (2). Small groups will approach you from the south (3) and the west (3). The Dwarven units placed there are enough to stop them. Leave two Riflemen and two Dwarven Hammer units. Move the rest of the army to the north. 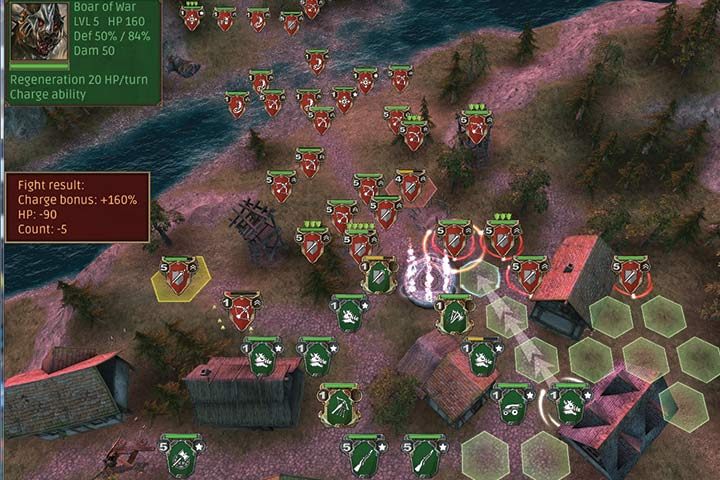 Boars' charge is equally as powerful as that of Cavalry or Unicorns. Boars of War have numerous advantages, but you should watch out to not lose them irresponsibly.

Use the Boars' strength to destroy units close to your position. Remember, they can't stand on tiles inside a forest or fortifications. After that, deal with hostile units in the towers and fortifications near the northern portal. If you can, try to place Karric in a tower (4) so he can block enemies from a greater distance. Place the Cannons right in front of the buildings. This position gives them a great view of the units coming from the river. Don't move towards the enemy, let them come to you. After defeating the first wave, place your Riflemen and the rest of the army on the best positions.

The enemy has a few Healers and Mages who can weaken your units (their attack value is lowered for a few turns). These enemies are your priority. Usually, the Mages will focus their attacks on the Boars. If you plan on eliminating a Healer, try to coordinate your attacks so you can take her down in one turn.