Before you continue your journey, deal with Wyverns that are a threat to Thaldrom. 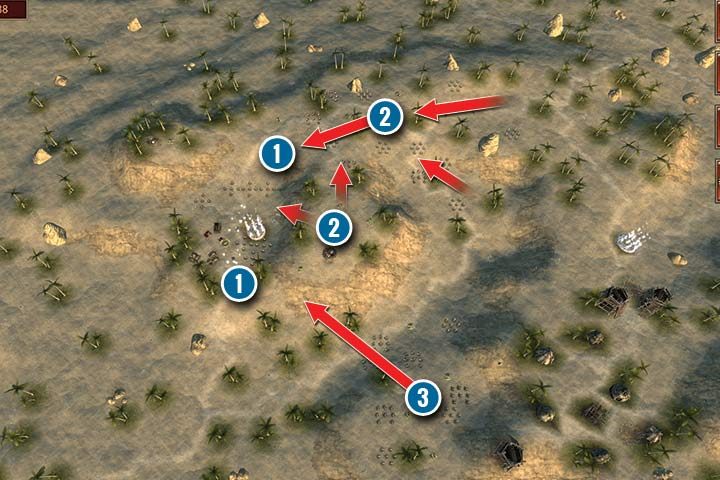 This mission requires you to eliminate Orcs and Wyverns on the map. Wyverns are a great threat to your army. Your heavily-armored infantry will suffer greatly from their acid, even more than from the regular attacks.

Karric's immobilizing first attack and Thurvid's ability to slow enemies down by using ranged attacks will be both useful here. Try to stop the units marching in the first line (1) when they are near the cliff or the forest. The northern group and the nearby Wyverns (2) will attack first. In the meantime, the second group will approach you from the south (3). Leave the Mortar in its starting location. This unit will be useful in dealing with the enemies coming from the south. 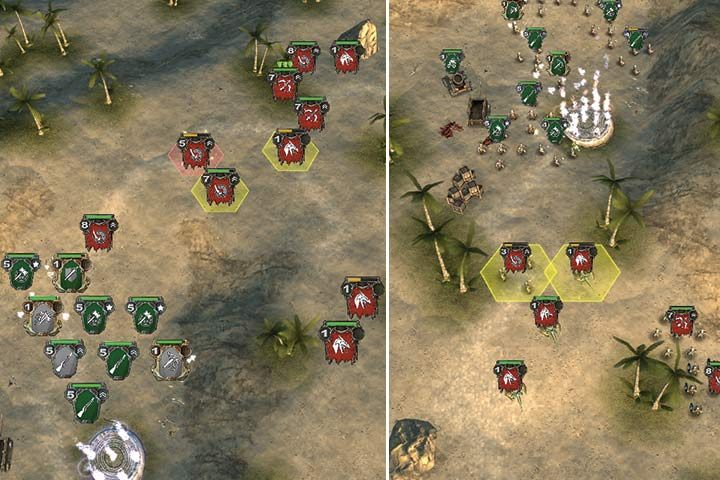 The key to success is to block your enemies. Thanks to that, you will face fewer enemies at the same time.

Stick to the tactic where you stop enemies and eliminate hostile Archers and Wyverns with ranged units. Thanks to that, you won't have to order your troops to move forward. This will also give you a lot of extra time. The nearby chest has a Regeneration Potion - use it on units that were attacked by Wyverns. We recommend using them on the heroes or the heavily-armored infantry. The enemy likes to attack weaker units instead of heroes. Use your infantry as bait and keep them in front of your heroes.