You reach Ironhold where you have to find Dwarven miners. 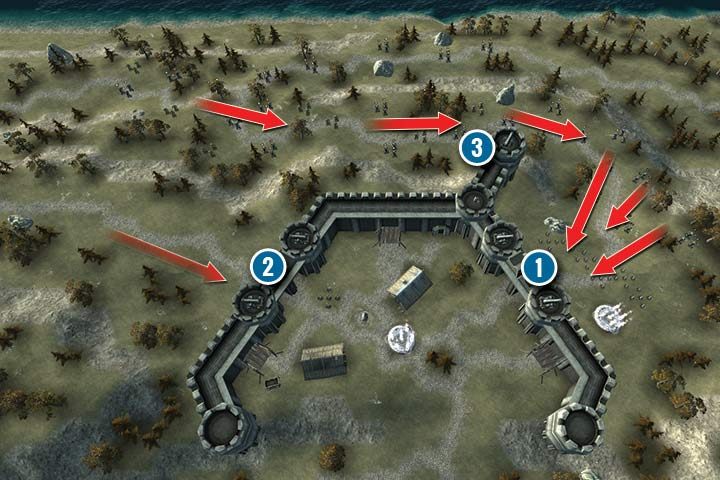 This is the first siege mission in which you have to defend yourself from the Orcs. This won't be an easy task - all Orcs units have a lot of durability and rather good armor. Your main enemies are Pikemen and Archers. Both units are vulnerable to ranged attacks - they are a perfect target for your Cannons.

The enemy focuses mainly on the eastern gate (1). However, after a few turns, new enemies will also appear in the west (2). Remember, don't move your units from this part of the fort right after you start the mission! The units placed on the western walls should be able to defend themselves. If not, summon Thurvid. Move all melee units in the eastern part of the walls on the ground (1). They will fight with enemies after your ranged units shoot the Greenskins. 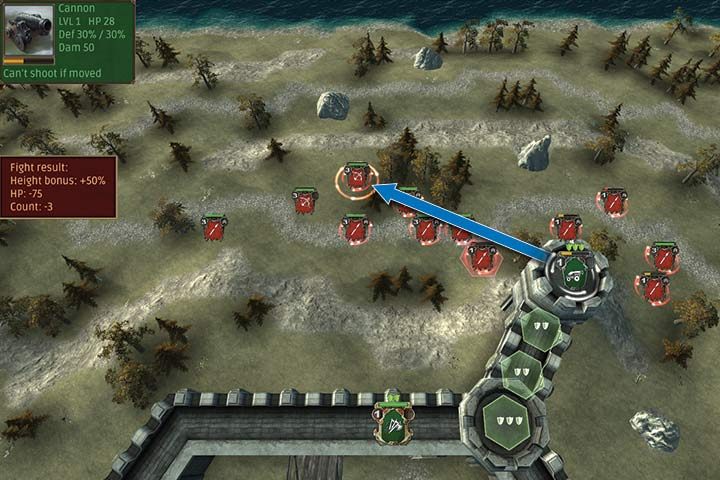 Try to focus on attacking the strongest enemy units, e.g. the Archers. The Pikemen won't be a threat to you for a long time.

Cannons are crucial in your defense, especially the one on the northern tower (3). Focus the cannons on attacking those Archers who can damage or destroy your cannons. Once these Archers are defeated, attack other Archers within your reach. Lastly, focus on the Pikemen. Try to attack enemies with a full health bar. There is no point in shooting at a unit with one soldier. It is better to shoot at units with a full lineup. Your melee units will deal with weakened enemies. Use this method to defeat the Orcs army.