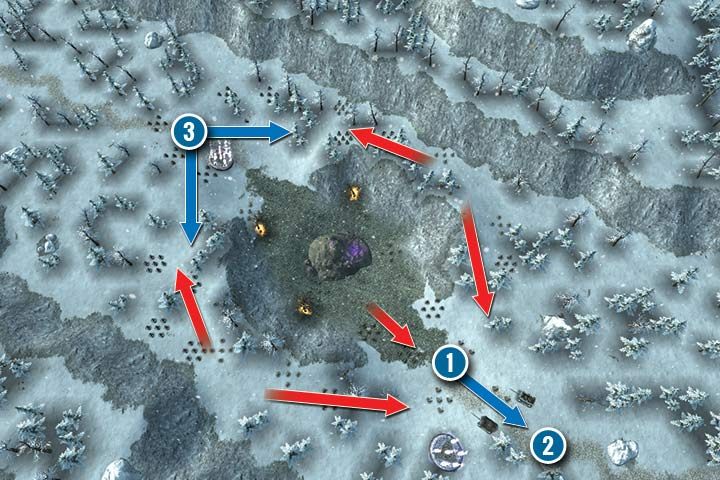 You start in the south with a small group of soldiers and Thurvid (1). Fall back towards the road (2) - keep throwing axes at the Goblins that are closest to you. This will slow the enemies down.

Vahan and his units will join you after a few turns - they will appear on the opposite side of the map (3). His troops are a little more numerous, but you still have to maneuver them wisely. The enemy has two armies, approaching you from the cliff. Focus on one group. Once you defeat it, deal with the second one. You will defeat both armies before they help their brethren. Make use of your soldiers' thick armor and keep them on tiles in the forest - this will increase their durability. This mission isn't complicated. Keep your units in groups, focus on fighting with one enemy, and use the advantage your heroes give you over the enemy.