The first mission will introduce you to Thurvid, a powerful Dwarf mercenary. 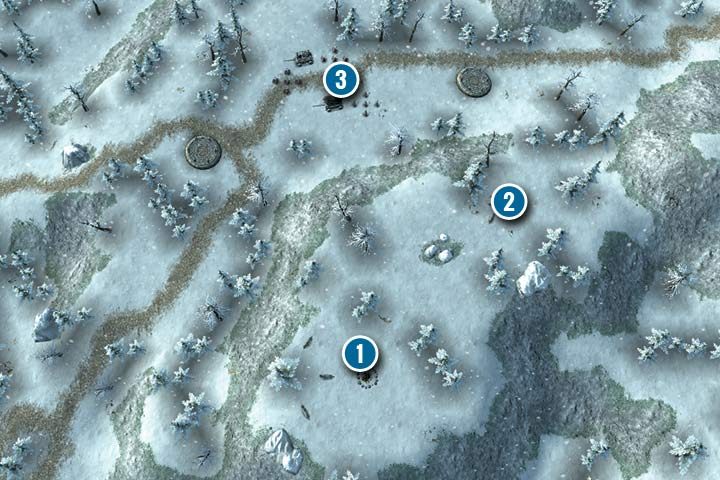 The next few missions will serve as an introduction to the new heroes of this campaign. Thurvid is the first hero you will command in this mission. The scenario is rather simple - it focuses on the new hero.

Thurvid has a few unique abilities. First and foremost, he can switch between melee and ranged weapons. Regardless of which weapon you use, Thurvid will deal a lot of damage - 60 points. His ranged attack has a reach of 5 tiles and can slow enemies down. When he is using a melee weapon, he deals more damage to wounded enemies - this makes him very useful in finishing off stronger opponents.

Deal with the incoming wolves (1). Use ranged attacks to slow the enemies down, and place the hero in the forest nearby. Use melee attacks to finish off those enemies who will get close to you. After that, approach the alpha wolf (2). Start the fight by using ranged attacks.

Once you deal with the wolves, the nearby caravan will get attacked by Goblins (3). You can try to join the fight as fast as you can, or you can throw axes from the nearby cliff. Help the Dwarves in this disadvantageous battle.