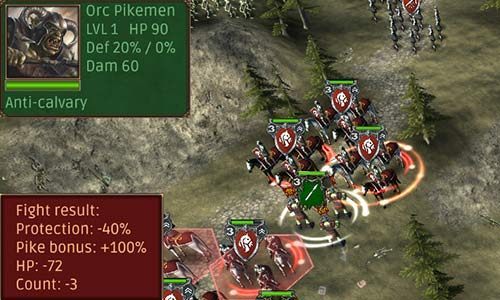 Orc pikemen are a dedicated anti-cavalry unit (they can also deal with elven unicorns and dwarven boars). As per orc standards, they have a lot of health points, the unit is made up of 3 soldiers and deals considerable damage. They are cheap, but their main strength lies in the bonus against cavalry. They deal twice as much damage, making them deadly opponents for anything that has four legs. What's more, the cavalry does not have a charge bonus against the pikemen, regardless of whether they are in a fortified place or in the open.