After joining their forces, the Goblin army led by Vulpis and Agni must defend from enemies. 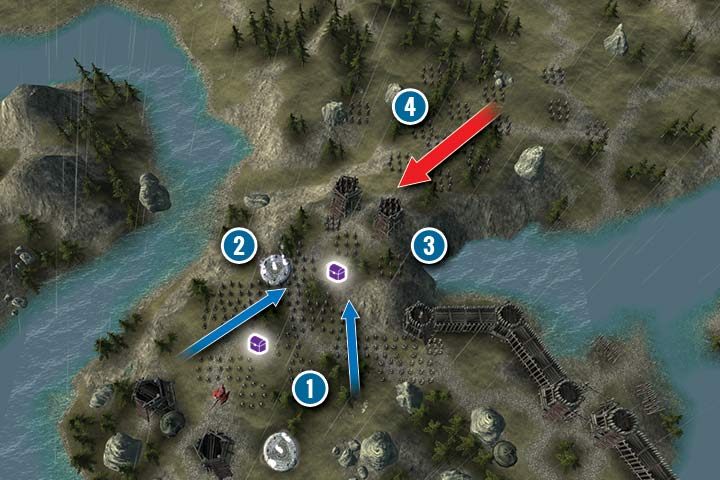 This mission requires you to defend and counterattack. The human army comes from the north but you will have to clear some of their positions first. This makes future defense easier, provided that you will recapture the fortified positions.

You start in the south, in the place where the previous missions have ended (1). Here, you can find two teleporters. The one in the north (2) is a better choice - the enemy forces will attack you immediately. A ranged unit is useful here, e.g. archers or mages. You can also use a heavier melee unit (preferably Orc Warlords). One of the chests contains a Lightning scroll which will be useful soon.

After defeating the group of Pikemen you should move your units farther to the north, towards the two wooden towers (3). Here, you will encounter Crossbowmen. They not only are a big hindrance but they also guard a narrow passage that is easy to defend. You can use the previously acquired Lightning scroll to remove one of the units. However, the same can be done with the dragon, Vulpis or archers (or a Wyvern). 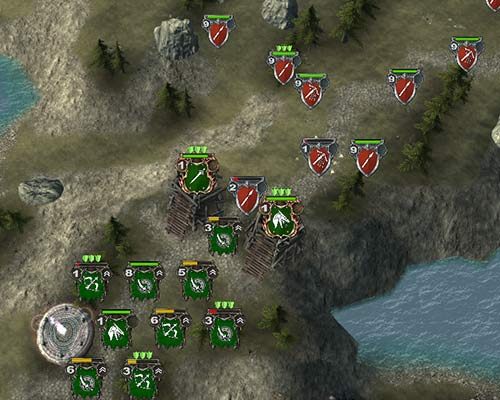 Place your units on the towers to make the defense easier for you. Your heroes are the most powerful ranged units. Also, the dragon can leave a tower and get behind enemies' back without the need to go down a ladder.

Place your units on the towers (ordering your heroes to climb them is also a good idea). You now have to defend from the final wave (4). You shouldn't have any problems with Pikemen. However, the situation changes once the Crossbowmen will appear. You can use Vulpis to attack from behind a cover or you can send the dragon to flank the enemies. If you need, you can move behind the towers and wait for the enemy to come closer.