In this mission you will control another Orcs hero, Vulpis. The action takes place in parallel to the previous mission but on the other side of the island. 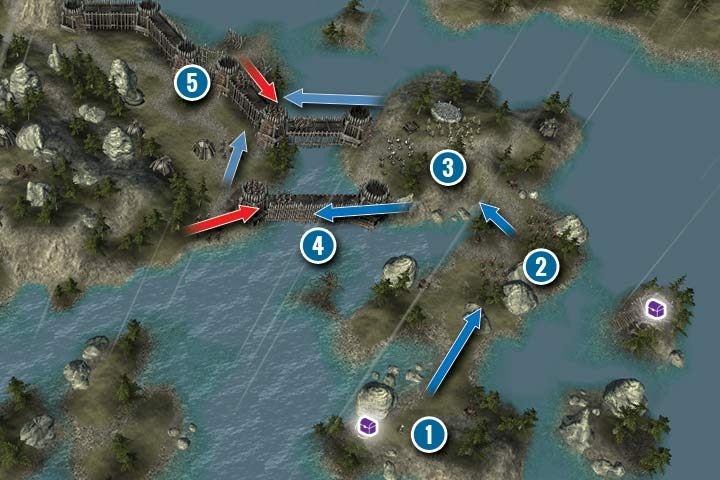 Open the chest near the starting position. Use your new abilities to defeat the crossbowmen who stand on your path to the friendly units (2). Stand behind the rock. Leave it in the next turn, attack and go back to your illusion. This allows you to deal massive damage while your enemy will be unable to attack you. They need to move but the crossbowmen can't attack and move in the same turn. 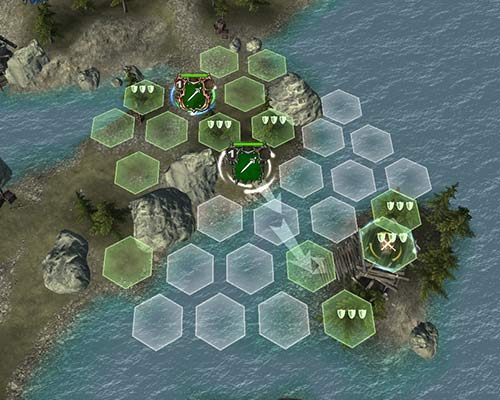 Using illusion to move allows you to reach places that are inaccessible. Vulpis can move his illusion above water but he can't stop his movement on that hex.

The second chest requires you to think a little bit. You need to end your movement on the shore in the point 2. In the next turn, move your physical version whenever you want to. After that you must choose the illusion and reach the small island. After that you need to move Vulpis to where his illusion was. The chest contains a Speed Potion and a lot of gold.

Now, you must take control over your units in the north (3). From now on you can use the teleport to support your army. On normal difficulty, summoning reinforcements is unnecessary. Focus on the southern wall - it is guarded by a smaller army (4).

The northern wall is guarded by a bigger number of crossbowmen (5). The key to victory is to quickly reach the walls (better protection) and attacking with as many units as possible. Use Vulpis' abilities to deal damage and then to move out of the crossbowmen's reach.