The first mission of the Orcs campaign introduces a new hero who will accompany you throughout the majority of the missions. 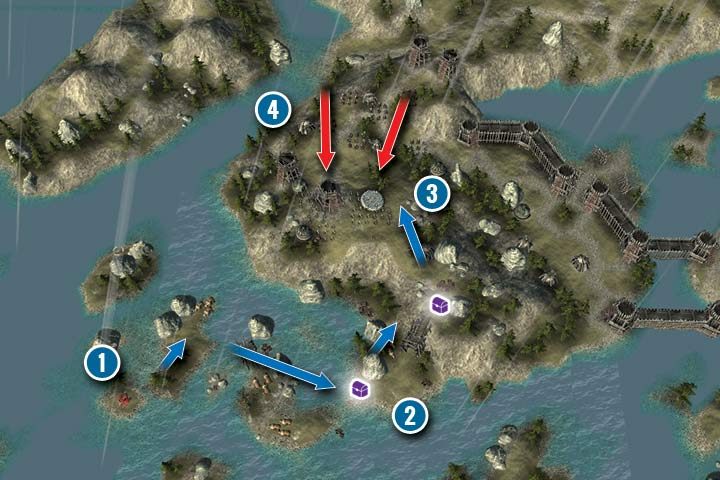 The mission starts at the western edge of the map. You control only your hero, the dragon called Agni (1). This is the only unit in the Orcs' army that can fly - this allows you to move above various terrains. The dragon can also burn enemies which causes them to lose 10 health points for a few turns. Move from island to island and eliminate the bears.

There are two chests on the main map (2). The first contains a small healing potion and the second has a few coins. Approach the units near the teleport to add them to your army (3).

Enemy forces, mainly Imperial infantry, will start approaching from the north (4). Place your archers on the towers, the infantry should stand right in front of them. Let the enemy get closer to you. Use the dragon as frequently as you can. Besides the ability to burn units, this effect can also spread on nearby forces if the one attacked with this ability gets destroyed. Use this information and try to burn as many units as possible. The damage dealt with this attack bypass armor. Its effect appears at the end of your turn.