It's the only unit that takes part in all missions. Arcaena is durable, can deal significant damage and her special skill allows you to pierce through enemy armor. This is an effective way to eliminate any damage reduction bonuses. You can upgrade this ability and increase the bonus from 50% to 100% (the total cost is 6 gems)! Arcaena is treated as a range unit of the Elves faction, and thus she receives movement bonus when traveling through forests. When placed on walls or towers, her attack power will increase. She has 3 movement points and an attack range of 3 fields. 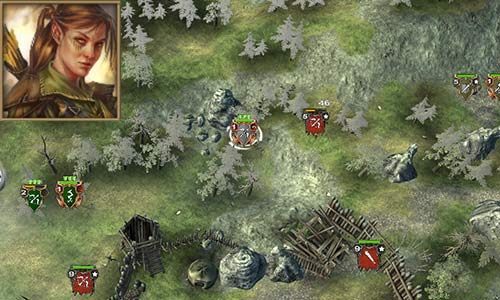 As most Elves, Arcaena can move faster when traveling through forests, and thus she can ambush her enemies. Only Arcaena and other heroes can use scrolls/potions.
See/Add Comments
JOIN FOR UPDATES