Calyril needs help! The fortress is besieged by Orcs and Goblins. You receive a rather large number of siege equipment - their help will be invaluable. 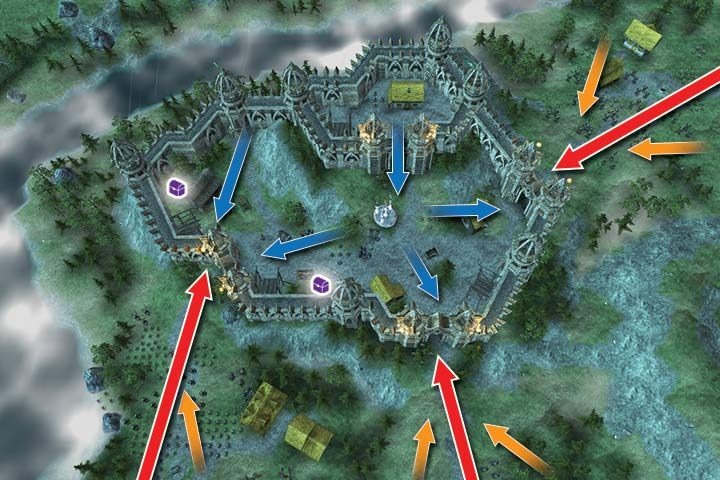