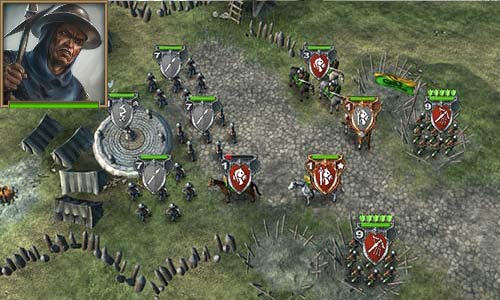 It is a specialized unit, because it is designed to fight enemy Cavalry. It deals more damage than Infantry, almost the same as Militia. This is not exactly an improved version of the militia, because the Pikemen at maximum level will still have fewer life points and attack. Their biggest advantage is the double attack against Cavalry units and the reduction of damage from such units. However, during the campaign you will not meet too many enemies on horses or any other type of "vehicle", so I advise against buying and investing in this type of army. There will be few missions where they will be useful. The cost of summoning is still low, but this type of army does not stand out from other troops at your disposal.