Goblins are the first army that you will face in the game. Their units have a lot of soldiers. This is the only advantage of this faction. They don't have powerful units with special abilities. Most of them have a small amount of health points and almost no damage reduction. 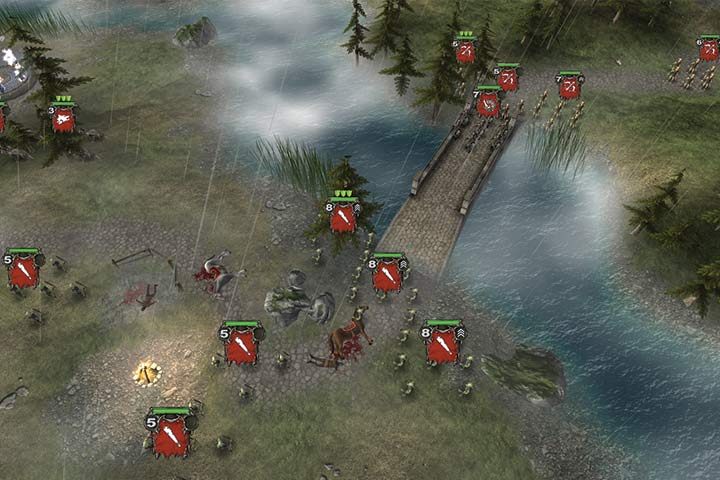 Goblins are your main enemy during the first few missions. They aren't great warriors and they don't have any special units (except Battle Mages). However, they make up for it with their numbers.

Most of the times you will face their infantry - Runners and Archers. Unlike most of your ranged units, Goblin Archers can move and attack during the same turn. Some missions feature Warwovles, a Cavalry counterpart. They are fast units that like to attack support units such as Catapults or Mages. Their biggest advantage is the fact that they can move in forests fast. You can come across them during many of the missions where they appear as units fighting behind your back or preparing ambushes.

Their strongest melee unit is Goblin Warrior. This unit has more health points, can deal more damage and has a good damage reduction which makes it one of the best Goblin units. Battle Mages are a separate category because they have similar stats to your Mages (the Imperial faction). What makes them dangerous is that they have a great reach and their attacks ignore environment obstacles. On top of that, they deal massive damage and can penetrate armor (they ignore damage reduction of an attacked unit). Their biggest weakness is that this unit consists of 3 soldiers (unlike the Imperial Mages where a unit consists of 1 person). By killing 1 or 2 of its soldiers you can reduce that unit's damage by 1/3 or 2/3.

The Orc faction is a more powerful ally of the Goblins. All of their units have two things in common. First, they almost always have two times more health points than Goblin units. Second, Orc units always consist of 3 soldiers. Killing 1 soldier can take a lot of time but this lets you lower that unit's attack. 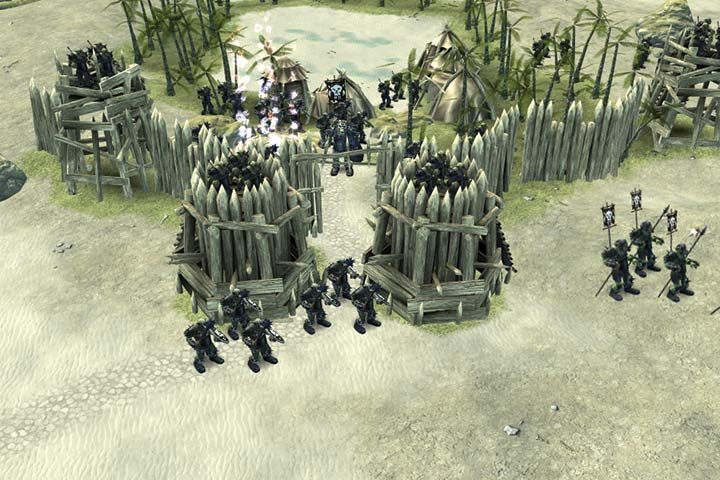 All Orc units are very durable. However, their units have less soldiers.

Use help of a Mage who can freeze their units. Most of the campaign missions have less Orcs than Goblins which means that you will be able to handle them. Always try to fight a small number of Orcs and use as much units as possible. Melee units should be the last ones that will attack them.

Orcs have 3 types of units: Pikemen, their attacks deal bonus damage to Cavalry, they have good damage overall and a small damage reduction. Orc Warlords have the biggest amount of health points, great attack and a good damage reduction. Archers, the last unit, can move and shoot during the same round.