The objective is officially to reach the bridge and protect two catapults. However, you just need to protect your catapults and kill the enemies in order to win. 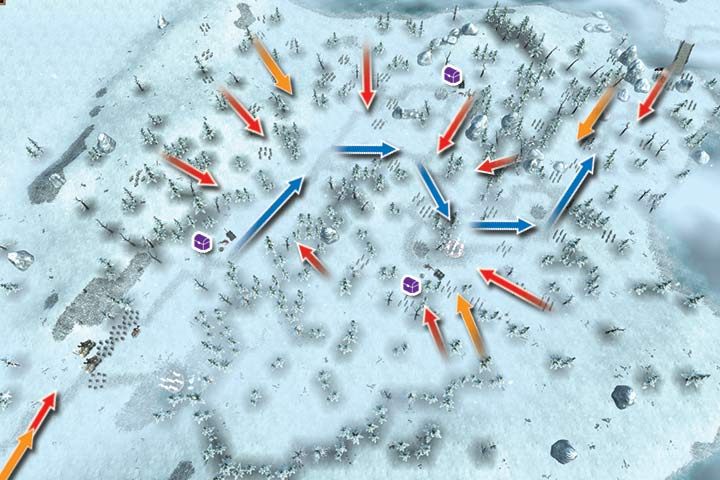 Around 90% of enemies will be wolves (red arrows). These are the only units that can move around in forests as well as out in the open, ignoring movement penalties. It's their greatest advantage, but having just two Battle Mages will allow you to stop any attack.

Before you begin you march, wait a few turns until you're attacked by the enemies at the back (southwest). Then slowly proceed down the road. Freeze the enemies with mages and then fire the catapults at them. Try to keep the infantry at the front so they're able to react to any threat - the catapults cannot attack adjacent units. Despite their numbers, you shouldn't have troubles defeating the enemies.

Playing the mission on higher difficulty (orange arrows on the map above) will be quite similar to the first approach. There will be more enemies, but since your units will be more experienced, you don't have to take another approach. Apart from the wolves, there will be some auxiliary goblins, but nothing else.